Testing the Best: The Wacom Inkling Turns Paper Into a Digital Sketchpad

Record your brilliant doodlings (or notes, we guess) for the world to see 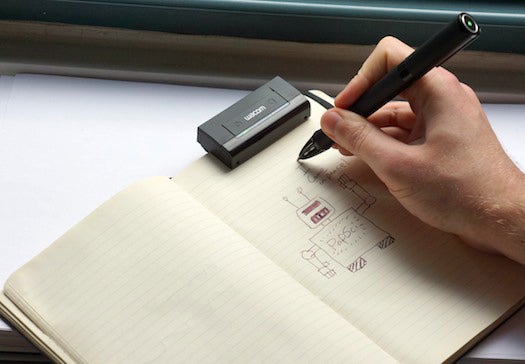 To test the Wacom Inkling, we asked PopSci’s Art Director, Todd Detwiler, to doodle to his heart’s content. These are his thoughts.

The promise of the Wacom Inkling is simple: sketch anywhere and transfer your work to a digital platform with quickness and ease. And it delivers on that promise. I really liked the eloquent design of the Inkling, and was able to figure out the mechanics of the device quickly. That’s not to say it’s perfect, however.

The Inkling, one of this year’s Best of What’s New honorees, is designed to digitize ink on paper. There’s a little sensor that clips onto the top of whatever piece of paper you’re writing on–notebooks work better than single sheets–and it senses and digitizes the strokes made by the Inkling pen. You can create different “layers,” which are exactly the same as layers in a Photoshop image, simply by hitting a button on the top of the sensor. The sensor needs to have a direct view of the pen itself to work, as it uses ultrasonic sensors to detect the movement of the pen. It can sense the entirety of an 8.5-x-11-inch sheet of paper (more on that below). It’ll work on larger sheets, but won’t be able to see the entire sheet.

After drawing, you plug the sensor into your computer (it has 2GB of memory, which is plenty) and transfer your sketches over for editing.

The different parts, including the Inkling sensor, pen, USB cable, and replacement ink cartridges, all fit within the little carrying case, which also has a mini-USB port. One ink cartridge is already pre-loaded in the Inkling’s pen, so once you attach the main sensor to a paper tablet, it’s as simple as pressing the power button to begin recording your pen’s every move. The pen emits a pulse that is picked up by two microphones in the clip, which tracks the pen’s location. The Inkling clip also picks up degrees of pressure, so if you push harder with the pen, you will get a slightly thicker line.

The only other button on the sensor clip is for adding additional layers. Each time that button is pushed, you are recording on a new layer, which is reflected in the import. There’s some software to load onto your machine, called the Wacom Sketch Manager, but installing that is about the only other step needed. The Sketch Manager converts your sketch into either a vector file or an editable image file.

After importing my first doodle, I was impressed. It had captured the pressure of the pen, and all the subtle movements I had made. And the user friendly interface for exporting into Photoshop is clean and simple, although the Sketch Manager doesn’t serve much of a purpose beyond acting as an intermediary between the Inkling and a Photoshop-compatible file.

I ask myself, “How and why would I use this?”I decided to ramp up the stakes for my next sketch and took my time drawing–adding lots of details and layers–and imported again. This time, I paid closer attention to the translation and noticed that the digital version of my sketch had small differences than my pen version. The layers delivered as expected, but the top of my sketch was completely cut off because I was drawing too close to the sensor clip. I suppose there is a limited range the sensor can detect and if you operate too close to the edge, it loses your work. Once inported into Photoshop, the sketch can be altered and saved. My complaints are minor, however, and I applaud the technology of the Inkling.

While I enjoy the gadget very much, I ask myself, “How and why would I use this? Am I using this to draw vector art?” Probably not. Does it cut out the need to scan in my paper/pen sketch? Sure, but was that such a taxing 30-second process to begin with? And probably my most important concern: who sketches with a pen? I find the best sketching tool is a pencil, and would have loved to have seen that as an option. The pen is the only compatible drawing instrument the Inkling accepts, which is a bummer.

Oh, and it’s not an ideal note-taking device. It’s not too bad at picking up notes, but it doesn’t have much in the way of character recognition, so it doesn’t convert to digital very easily. If you wanted all the benefits of digital versions of your notes–like highlighting, searching, and editing–you’d have to re-type them. Of course, if you simply want to archive your notes, it’d be more than adequate for that. 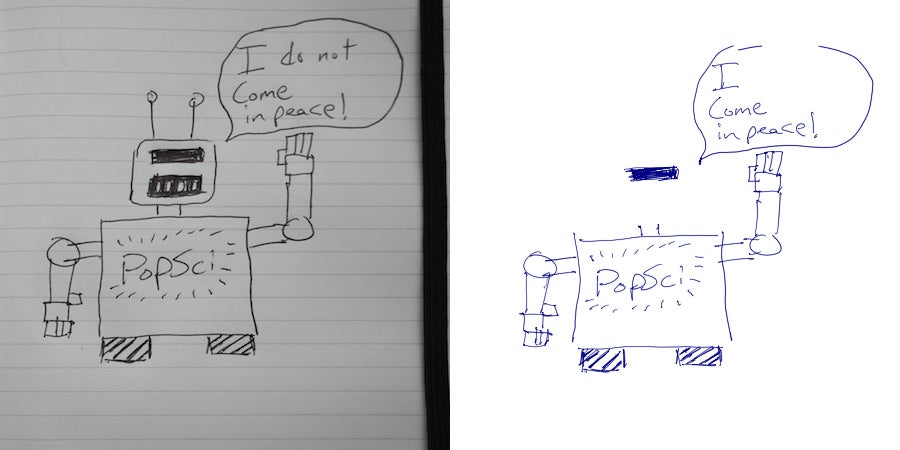 You can see an ink-and-paper drawing to the left, and one of the layers digitized on the right. You can pick and choose parts of the drawing with these layers.

The Inkling is definitely a fun gadget that I could see being useful for the at-home artist or someone lacking a scanner, though at $200 it’s hard to recommend for a mere doodler. If they really wanted to move some of these, they’d lower the price to under $100–that’d really attract those who are intrigued by the concept but put off by a steep price.

In the end, I think the Wacom Inkling’s technology is fantastic, but the pen has never been anyone’s favorite sketching tool. I’ll be anxiously awaiting the next generation of the Inkling, hoping that the crack team at Wacom will be able to translate graphite and wood as well as they have pen and ink. 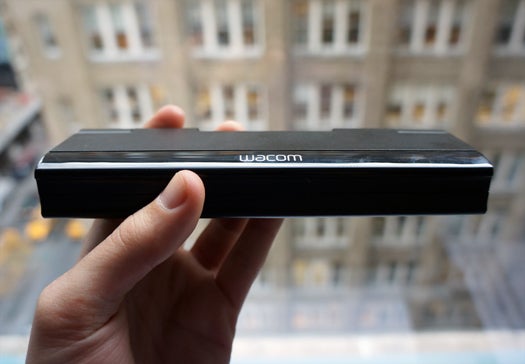 This is the closed case of the Inkling, with everything inside. 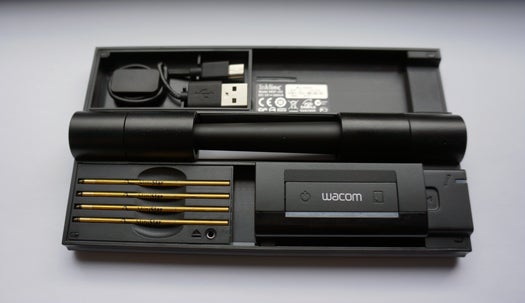 This is the inside of the case. You can see the Inkling itself (lower right-hand corner), some replacement ink (these are identical to the ink the Inkling’s pen comes with), a nice little mini-USB cable holder in the top left, and the pen in the center of the case functioning as a hinge. 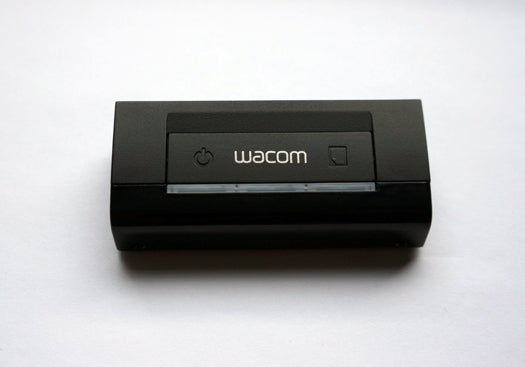 The Inkling itself. It’s quite small, a few inches long at most. 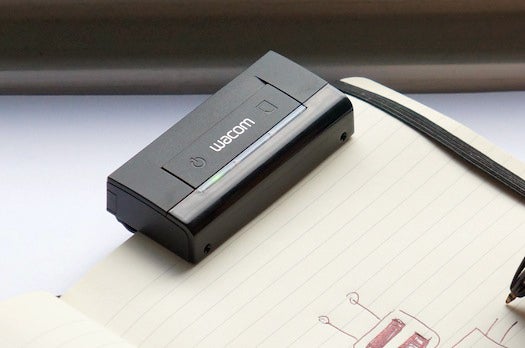 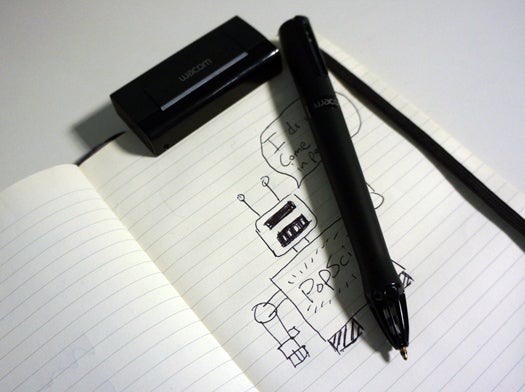 The Inkling’s pen is thick, but not uncomfortably so.

Intern Sean’s best work. (He has other skills.) 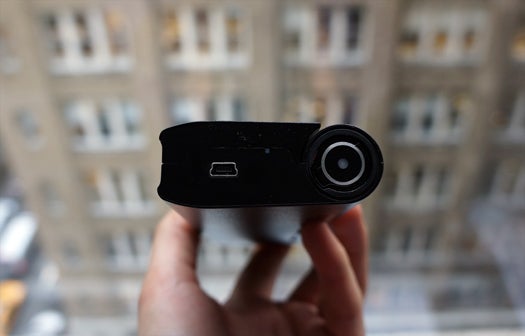 This is the side of the case. You can see the mini-USB passthrough port, and that circular thing is actually the Inkling’s pen. Tap it and it’ll pop right out; it’s spring-loaded. 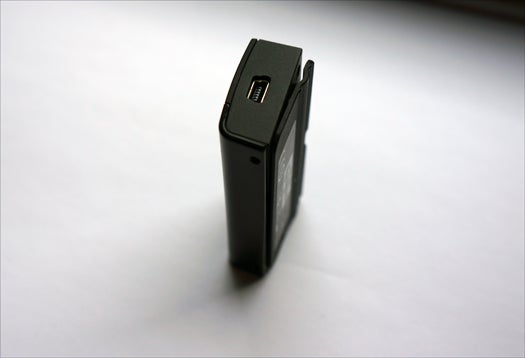 Here you can see the clip that holds the Inkling onto your sketchpad, as well as the mini-USB port. You can plug the Inkling into your computer while it’s in its case or without it–the case has a pass-through port.
Gadgets
sketches
testing the best
Testing the Best 2011
Wacom