Cellular data could be the key to flushing out wastewater's valuable secrets. 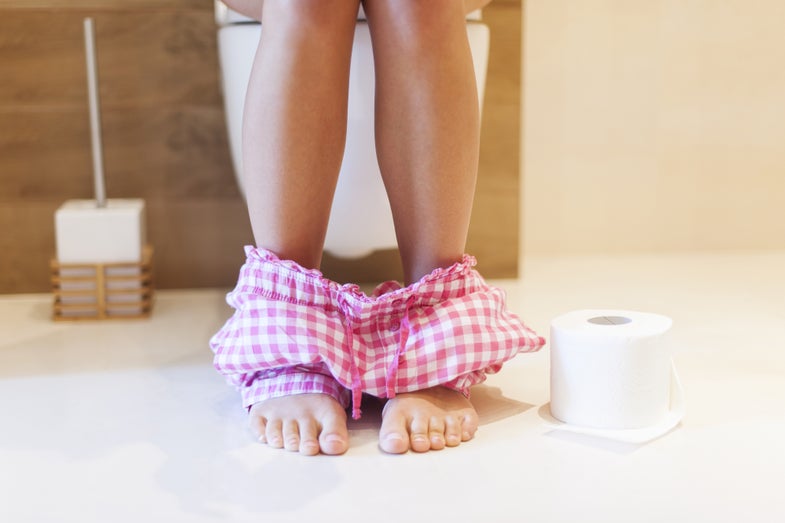 The trouble with sewage is you never know how many pees and poos are really in there—amiright? It all just flows into one treatment plant. Once it gets there, no one can tell how many flushes were involved in the transaction, much less how many individual humans did the flushing. This may not keep the average citizen up at night, but it’s of the utmost concern for epidemiologists. Now they may have finally found a way to flush out the truth: follow the cell phones.

Why do epidemiologists care so much about our waste in the first place? Most of us spend our time trying to pretend we don’t excrete smelly byproducts in the bathroom. Why would we want to go looking at the vast rivers of wastewater we all expell?

Well, that water carries loads of little signatures—calling cards, if you will—that can tell epidemiologists about the habits of the people living in the area. Urine carries small amounts of the substances we ingest back out into the world. And while no one gives a rat’s hiney that you drank a craft stout from northern Minnesota over the weekend, plenty of people do care whether or not you did Molly on Saturday night. Drugs like ecstasy, cocaine, and cigarettes all leave traces in your urine, which epidemiologists can detect when you flush your business down the toilet. But because all that business goes into one collective stream of waste, it can’t be tracked back to you.

Epidemiologists don’t actually care who did which drug—they’re not trying to arrest anyone—but they do want to know how many people did each drug. They’re testing downstream, at wastewater treatment sites, so all they know is the total concentration of each drug in the system. The amount of each type will change day to day, both because people use illicit substances on different days and because there are simply different numbers of people in the area. A city might see a huge spike in population on weekends when those darn millennials come in to party and eat overpriced toast, and it certainly sees a boost during the work day as commuters make their way to the office. Research has even shown that music festivals cause spikes in ecstasy and caffeine in local waterways. But when there isn’t some big, glaringly obvious reason for a sudden abundance of drugs, it’s harder to know what circumstances to blame. If an epidemiologist sees a spike in, say, cocaine concentration in wastewater every Saturday, they’ll want to know whether that’s because a bunch of people have flooded the area or the typical number of locals are on some kind of bender.

Toilets can’t tell you that. Toilets keep their dirty secrets locked up tight, and epidemiologists can’t do their jobs because of it. Wastewater-based estimates are known to be inaccurate precisely because population estimates are wonky, but previously there wasn’t a great way to get around that problem. Scientists just had to agree that their work would carry some uncertainty.

To prove that the concept would work, researchers at the Norwegian Institute for Water Research tracked cellular data over June and July of 2016 to see just how much the population fluctuated over that time. They published their results in Environmental Science & Technology. As it turns out, the population fluctuated a heck of a lot. For example, at 9 a.m. on June 5, there were 469,000 people in Oslo. By 2 p.m. the next day, that shot up to 670,000. If you were tracking drug use over that time, you might notice a massive spike in concentration and assume that there was simply more usage—when really there were just way more people.

This is kind of an extreme example, as the authors point out, because they deliberately chose a period when Oslo has lots of summer travel going on. Norwegians commonly leave the country, or at least the city, for lengthy vacations, and it stands to reason that many of them would swarm back in on Sunday night to catch work the next day. But that was precisely their point: there are times during the year when population varies a lot, and unless you have a way to track those daily changes, you’ll end up with miscalculations.

You might not think that it’s all that important to know whether people are using more cocaine, but you should care if your city is suddenly being exposed to more pollutants. Epidemiologists don’t just use this method to track illicit drugs—they use it to determine exposure to some dangerous chemicals. If they see an upward spike and can’t tell whether it’s from more people peeing or from more exposure, they can’t really take action. Tracking cell users over time, even with all identifying information removed, allows them to see whether the population is approaching dangerous levels of toxin exposure.

So really, you should want epidemiologists all up in your business. Your number ones are their number one priority.