It's time to cleanup some radioactive fallout! 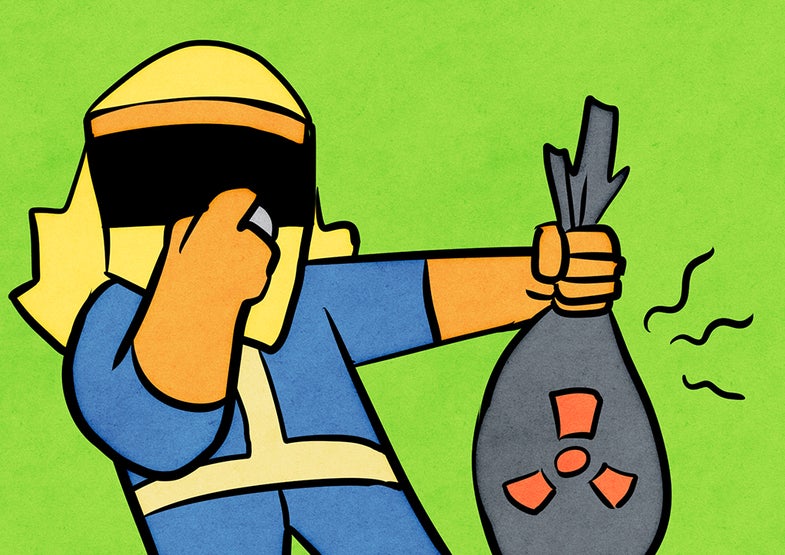 Obviously, the cleanup process is much more involved than this, but you can imagine how difficult it is to keep all that radioactive dust from getting into everything. Phil Broughton is a treasure trove of stories and information. But, if you follow his blog, you’ll learn that he takes the decontamination process very seriously. Something a graduate student learned the hard way when they made a poorly-thought out April Fool’s prank. Phil had this to say about the tremendous task of nuclear cleanup:

A while ago, I did a couple of comics about how plants (including tumbleweeds) were being used to help clean up radioactive material. Here’s Phil again:

After I drew the phytoremediation comics, the number one question asked by readers was: “So, what happens with the plants after they’ve absorbed the radioactive elements?” Apparently, it’s a very real problem that cleanup crews have to work with. Here’s what Kathryn Higley said when I asked her about the sunflowers being planted at Fukushima:

You can read more about the Fukushima sunflowers over at Japan Times.