Inside The Painful History Of The First Baseball Glove

Bet that felt padding didn't do much for comfort 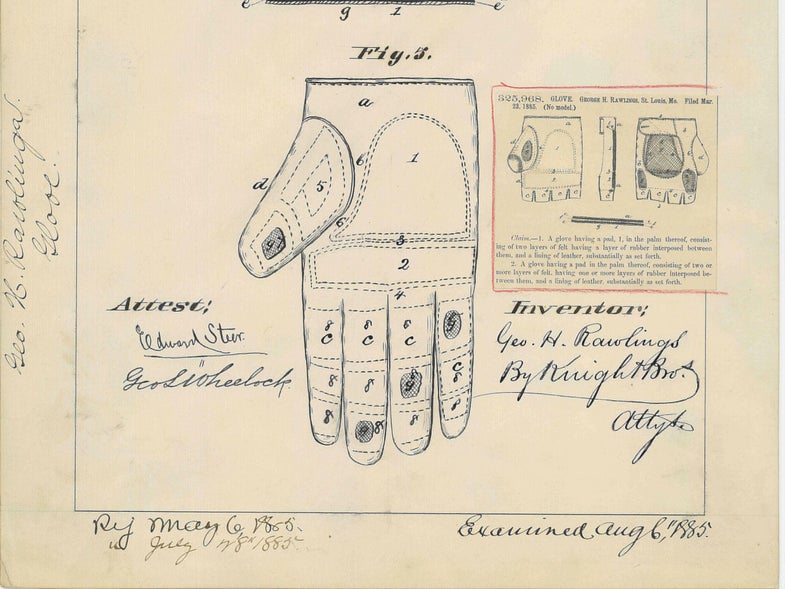 The original design of the baseball glove, from September 1885. National Archives
SHARE

April 4th is the official opening day of the 2016 Major League Baseball season, and Popular Science is celebrating the occasion by looking back at the first ever patent for the baseball glove. It was filed in 1885 by George R. Rawlings, who owned a St. Louis sporting goods’ store and wanted to create a device that used felt and padding to protect the fingers and palms of those who were flocking to the relatively new sport, which became popular during the Civil War. 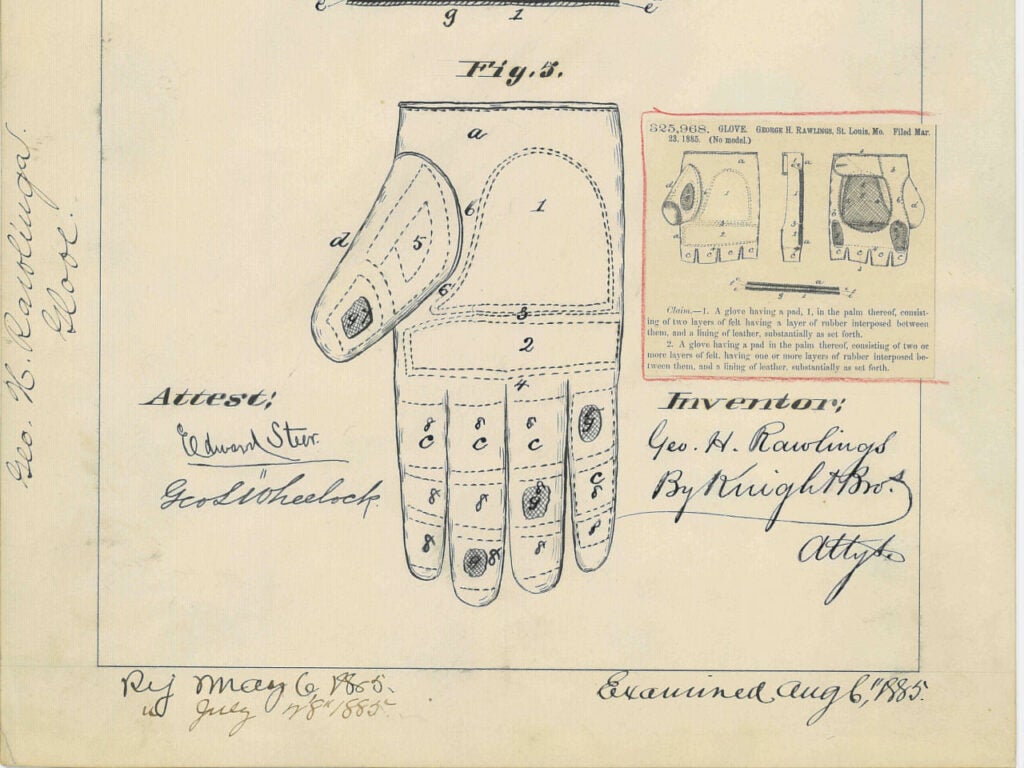 The original design of the baseball glove, from September 1885.

Popular Science first wrote about the baseball glove in an issue from January 1896. The article, which is titled, ‘The Ball Can’t Drop Out of This Glove’, highlights the technological advances that were already spinning the game forward. Or, if not forward, at least in an interesting direction: