Police in Victoria are advising motorists not to use the app after rescuing several people, some of whom were stranded in a national park for up to 24 hours. 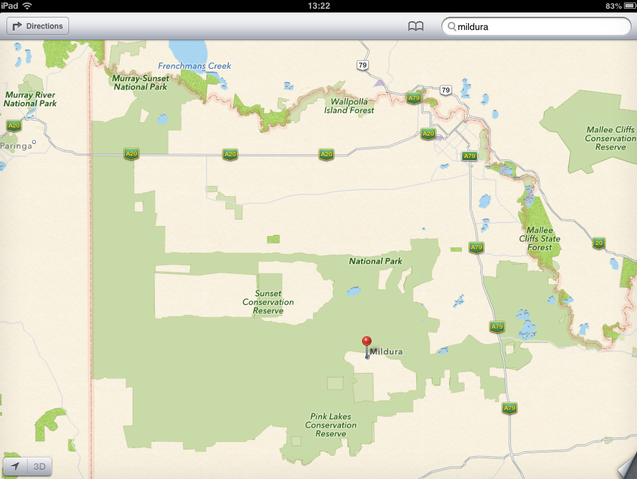 The Apple Maps saga continues! The latest chapter finds police in Victoria, Australia, issuing a formal warning to motorists not to use the app. The reason: Police there have had to rescue half a dozen motorists who were quite literally lost in the wilderness after using the app’s directions to try to navigate between cities. Some were stranded in a national park for up to 24 hours.

The glitch in the app is specific to the inland city of Mildura, which Apple Maps apparently thinks is more than 40 miles from its actual location. The app places Mildura in the middle of Murray Sunset National Park, which contains no potable water supply and where temperatures can soar to 115 degrees. Police are calling it a “potentially life-threatening issue.” In other words, it’s not a great place to run out of gas.