Rain storms have gotten more intense across most of the US 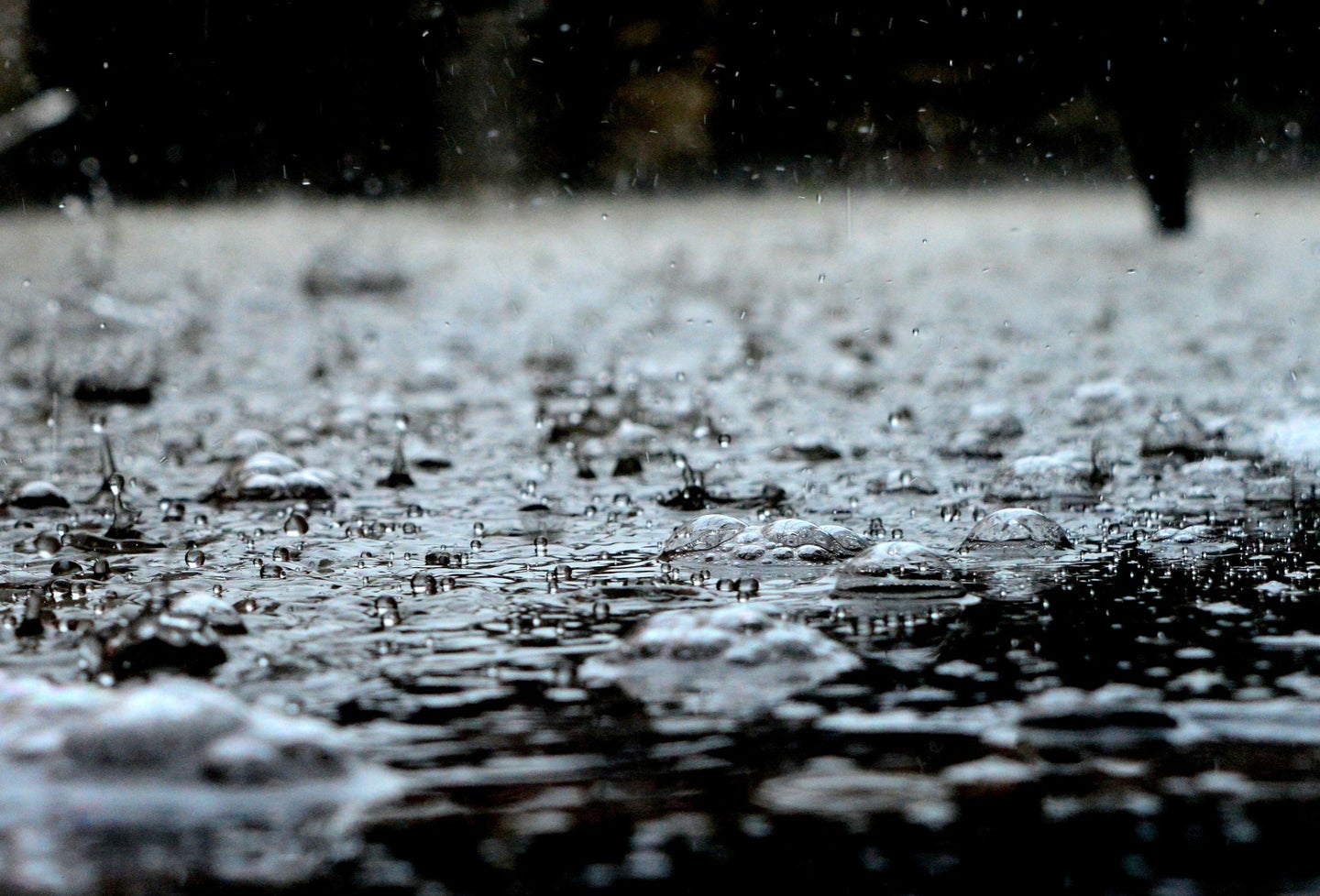 Too much rain too quickly can lead to flooding. Pexels/Pixabay
SHARE

When Category 4 storm Hurricane Ian hit the southeastern United States in September, it hit with lashing winds, record storm surges, and punishing rain. The storm brought 21.16 inches of rain to Union Park, Florida and was the third worst storm for rainfall since 2005, according to the National Weather Service.

Climate change is making hurricanes like Ian and other storms rainier, and scientists are now starting to quantify just how much. A study published this week in the journal Geophysical Research Letters finds that in recent decades it when it rains in the US, the precipitation falls more fiercely than in decades past. The intensity of rainfall has shifted from lighter periods of rain to more moderate and heavy deluges. The authors looked at the observed rainfall from two time periods (1951–1980 and 1991–2020) across 17 different climate regions within the US from data from the Global Historical Climatology Network.

Between 1991 and 2020, about five percent more precipitation fell when it rained east of the Rocky Mountains, which includes regions like the Midwest and Southeast. By contrast, the study didn’t observe any changes in intensity in the rain over the Rocky Mountains or Pacific Coast.

“When people study how climate change has affected weather, they often look at extreme weather events like floods, heatwaves and droughts,” Northwestern’s Daniel Horton, the study’s senior author, said in a press release. “For this particular study, we wanted to look at the non-extreme events, which are, by definition, much more common. What we found is pretty simple: When it rains now, it rains more.”

Previous climate model simulations predicted this increase in rain intensity, especially during weather events like Hurricane Ian. But this new study examined precipitation data across all levels of strength, from quick showers to a big floods. What they found is a “systematic shift in precipitation intensity in many parts of the country,” which shows that there is more water in these storms.

“Not only do we see increasing precipitation intensity for regions east of the Rockies,” Harp said in a press release, “but the intensities are becoming more variable as well, making water resource management even more challenging.”

[Related: The future of hurricanes is full of floods—a lot of them.]

Intensity of both rain and snow had particularly increased in the East, South, and Midwest, but changes in the western United States were not detected. The western US is currently in the grips of a two decade long mega drought.

While this study does not directly point to climate change as the driver of the the changes, the findings are consistent with human-caused global warming and climate model predictions.

“Warmer air holds more moisture,” Harp explained. “For every one degree Celsius the atmosphere warms, it holds 7 percent more water vapor. So these observations are consistent with the predicted effects of human-caused global warming.”

“You don’t need an extreme weather event to produce flooding,” Horton said. “Sometimes you just need an intense rainstorm. And, if every time it rains, it rains a little bit more, then the risk of flooding goes up.”

The team hopes that this study will help urban planners design infrastructure that can better withstand powerful precipitation. Techniques like farm pumps to prevent fields from flooding in Bangladesh, planting more urban trees and runoff gardens to absorb excess water, and installing gates and barriers like the ones built into New York City’s subway system after Superstorm Sandy in 2012 can help cities and rural areas alike prepare for increasingly heavy rains.