Nonprofits, academics and city governments are bringing in citizen scientists to adapt to the climate crisis. 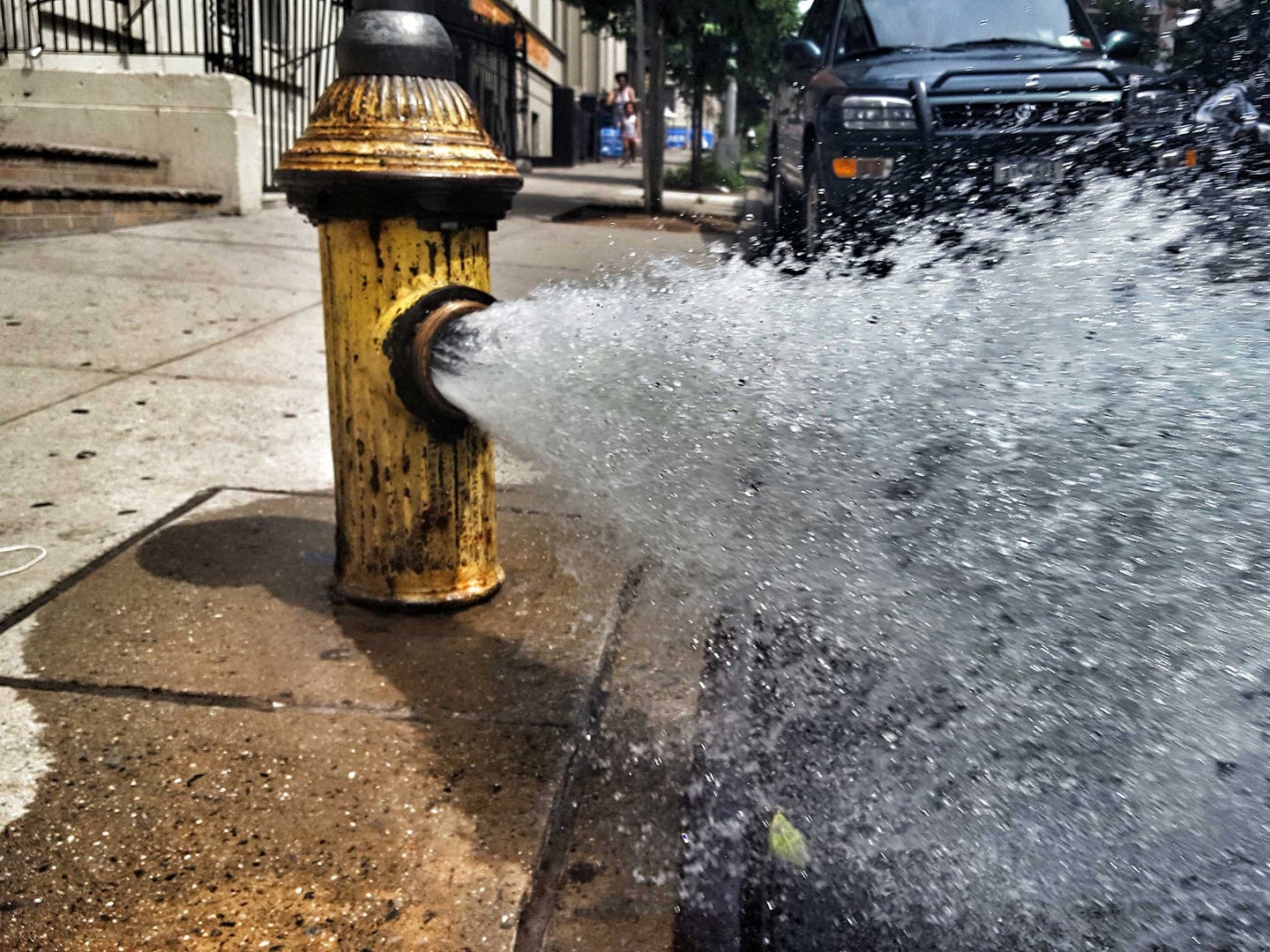 As the planet continues to heat up, government agencies and advocacy groups are increasingly turning toward citizen science to guide their climate resilience efforts—and keep residents safe during extreme weather events such as heatwaves. Getty Images
SHARE

This article originally appeared in Nexus Media News and Next City and was made possible by a grant from the Open Society Foundations.

On very hot days, Victor Sanchez makes sure to leave his home in the afternoon.

“The sun just pours in,” he said of his top-floor, west-facing apartment in Harlem, where he has two fans but no air conditioner. Sanchez usually finds a shaded bench in nearby Morningside Park, sees a film or rides his bike to the beach, returning home after the relentless sun has begun to set. “It’s just dangerous to stay inside,” he said.

In 2016, Sanchez, who is 67 and works in public media, helped scientists quantify just how dangerous it is to stay inside during a heatwave. That summer, he and 29 of his neighbors placed sensors in their apartments to collect temperature and humidity data as part of the Harlem Heat Project, a collaboration between the City University of New York (CUNY) and local advocacy and media organizations.

Scientists have long sought public participation to monitor weather and biodiversity. But as the planet continues to heat up, government agencies and advocacy groups are increasingly turning toward citizen science to guide their climate resilience efforts—and keep residents safe during extreme weather events. The National Oceanic and Atmospheric Administration has funded crowdsourced urban heat island mapping projects in more than 50 cities since 2017, and this August, the Knight Foundation announced nearly $700,000 in funding for crowdsourced flood and heat reporting across Miami-Dade County.

Researchers say community input can be especially valuable in communities like Harlem, where historic disinvestment and racist housing policies, like redlining, have left residents shouldering a disproportionate climate change burden. These neighborhoods are often urban heat islands—areas where building density and the lack of trees can make temperatures 15 to 20 degrees higher than surrounding areas. Black New Yorkers are twice as likely as white non-Hispanic New Yorkers to die in extreme heat, according to city statistics.

[ Related: “How to become a citizen scientist—and when to leave it to the professionals“ ]

“The scientific community is leaning into the idea that science can be an ally for justice, and a tool that communities have as they try to repair or address past harms or promote future changes,” said Rajul Pandya, vice president of the American Geophysical Union’s (AGU) Thriving Earth Exchange, which connects communities across the globe with scientists for collaborative research.

Satellite-based estimates of ground surface temperatures can’t compete with dozens or hundreds of residents using thermometers and infrared cameras to document heat in their neighborhoods—and inside their homes. Crowdsourcing rainfall measurements during storms can uncover pockets of severe flooding that flood models often miss. Data like this—especially when combined with participants’ testimonies and feedback—can guide more targeted investments and interventions, from subsidized air conditioning to conveniently located cooling centers.

“The solutions are almost as granular, in some cases, as the threat,” said Julia Kumari Drapkin, CEO and founder of ISeeChange, a community climate and weather platform that was used in the Harlem heat study.

But the qualitative data, based on participants’ lived experiences, was just as valuable as the quantitative data, according to Kizzy Charles-Guzman, executive director of the Mayor’s Office of Climate and Environmental Justice.

Charles-Guzman attended community workshops where respondents described secretly installing air conditioners in public housing apartments, which sometimes charge residents extra if they report having AC. They reported not having access to nearby cooling stations, and some said they hesitated to open their windows for relief for fear of letting polluted air into their homes. At the workshops, residents also suggested solutions, such as more accessible cooling spaces in buildings and alerts that would remind people to check on vulnerable neighbors when temperatures peak.

At the time, Charles-Guzman was already developing the city’s first heat adaptation plan, Cool Neighborhoods NYC. The Harlem Heat Project, she said, “validated what we had already learned”—that extreme heat is “a silent killer” that affects people in their homes. But, she added, “Those stories, about the lack of access to cooling centers, the lack of money to pay the electricity bill, the fear of being caught by NYCHA [New York City’s housing authority]—had a face thanks to this project.”

This data and community feedback informed “a massive advocacy effort,” said Annie Carforo, climate justice campaigns manager of WE ACT for Environmental Justice. WE ACT recruited community researchers for the Harlem Heat Project and used the data they provided to advocate for electricity-bill relief and improvements to cooling centers and raise awareness of heat as an emergency, among other things, Carforo said.

But data doesn’t always translate into immediate action. Sanchez said his application for utility assistance was rejected last winter, despite income loss he believes should have qualified him for the program. Another study participant, Euline Williams, said she never received a response to her LIHEAP application. Now, the air conditioner in her building’s shared cool space is broken, and the management has yet to repair it. Williams’ nearest cooling center is closed for renovations, so she has to travel about 20 blocks to a library instead.

Carforo said that WE ACT is advocating for more city funding for cooling centers, and for that funding to be codified into the city budget.

Pandya, of the AGU’s Thriving Earth Exchange, said he’d like to see more communities not just participating in research, but actually directing it. Last year, Thriving Earth Exchange launched a Neighborhood Fund, which gives money to communities “to enable them to find scientists that they want to work with on the projects that they think are important,” said Pandya.

Through this new initiative, communities in Los Angeles have measured the benefits of using plants to mitigate air pollution, groups in Ohio created a community air pollution monitoring network and Gullah Geechee people in South Carolina trained families to use native plants for flood protection.

The AGU and several partnering science organizations have also established a scientific journal that lets researchers receive academic credit not only for community science projects, but also for project outcomes, such as policy changes or green infrastructure projects. For Pandya, the journal represents “an opportunity to push the boundaries of what counts as an output of science.” In its first two issues, the journal has published articles on effective community engagement in research on oceans and human health, and how Indigenous communities‘ generational knowledge can further climate change adaptation and mitigation.

Community science is also a valuable public education tool, Charles-Guzman said. Cool Neighborhoods NYC put $82 million toward tree plantings in specific neighborhoods, but many New Yorkers didn’t want the hassle and expense of caring for the trees, and some neighborhoods protested new bioswales by filling them with trash, she said.

“Behavior change is the hardest thing and government wonks are not the right messengers for that,” she said. “When you do this kind of project across the city, you’re raising awareness, creating educational opportunities and making people lobby their governments for protective measures.”

Six years after the Harlem Heat Project, some of the participants are still acting on what they learned. Williams said she tries to join her daughter at the beach when it’s hotter than 90 degrees. And the project has made Sanchez more vigilant about staying cool.

“It gave me concrete information that I now use even without the sensor,” he said. “I know, at two or three o’clock, you really need to get out, especially on very humid days, and you need to have a plan.”