The switch to LEDs in Europe is visible from space 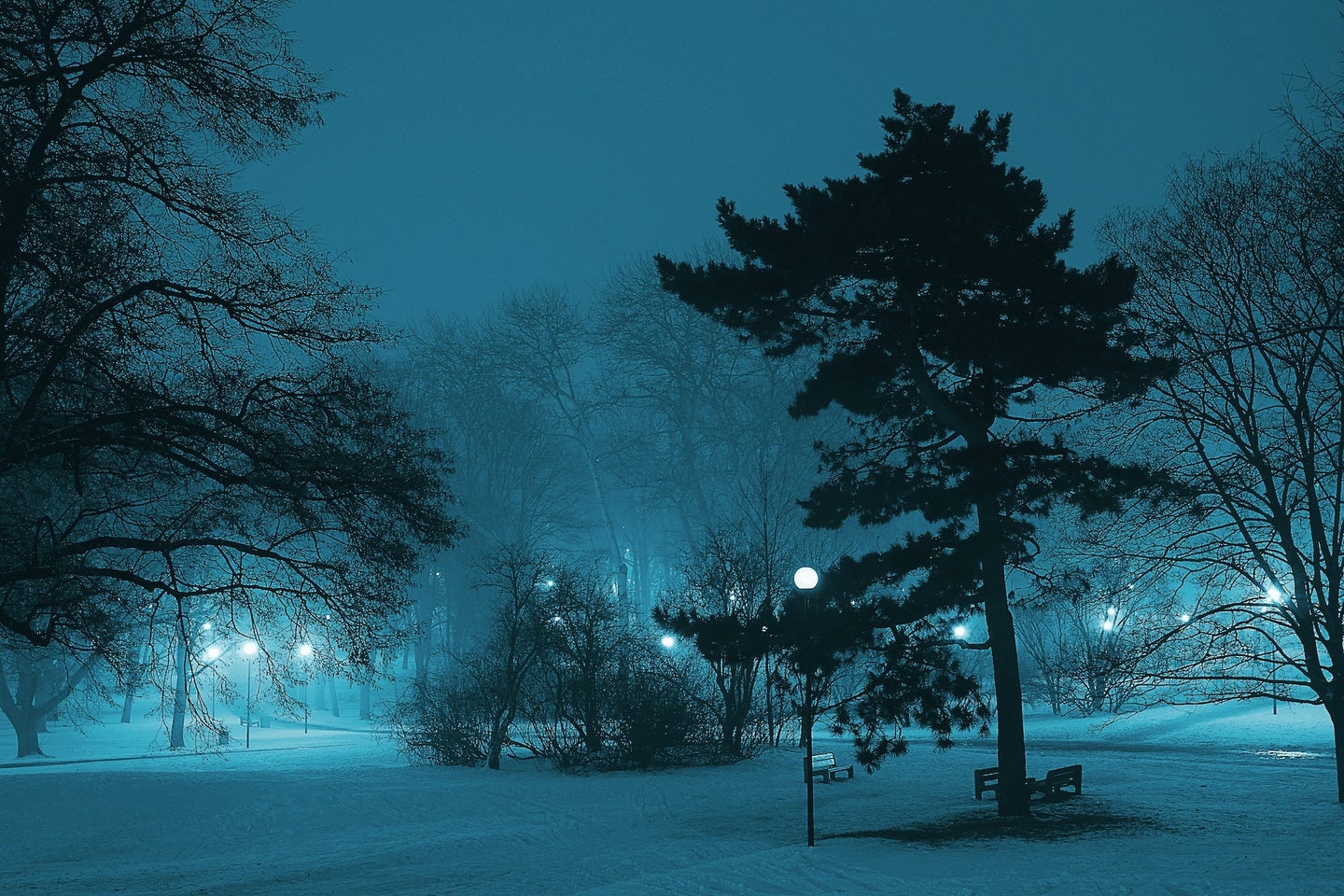 As more European cities adopt LED lights, the shift from yellow to blue is visible from the ISS. Pixabay
SHARE

Leaving the lights on at night makes it hard to sleep, and it also may endanger our health and local ecosystems. A new study published today in Science Advances reconstructed nighttime light pollution in Europe and found an increase in artificial blue lights across the continent. While LED technology can help illuminate poorly visible streets and roads, the authors warn that high amounts of blue light emissions could alter natural nighttime cycles for humans and animals.

One of the greatest risks to artificial light is how it alters animal behavior, says lead study author Alejandro Sánchez de Miguel. “Many times the nighttime is the time to eat, pollinate, navigate, nest, or rest, and all those processes are disturbed by the artificial light,” says Sánchez de Miguel, an astrophysicist studying light pollution at the University of Exeter in the UK. These light sources can cause harm by “sometimes exposing the animals to predators, other times directly by messing up with their physiology,” he says.

Scientists have only tracked artificial light before in smaller areas since it’s hard to map on a wider scale. What’s more, other studies have used satellites to produce panchromatic images—gray-scale pictures that combine red, blue, and green bands for high-resolution—but they leave no information on specific wavelengths. The team bypassed this issue using pictures taken on digital cameras by astronauts on the International Space Station. “It is a complicated data source, but it is currently the only one that we have public and can be up to 150 times more resolution than the most popular satellite,” says Sánchez de Miguel.

[Related: The world needs dark skies more than ever. Here’s why.]

Collating these images, the study authors were able to map the light spectrum in Europe between 2012 to 2013 and 2014 to 2020. Compared to the beginning of the decade, the study authors observed a shift from high-pressure sodium lighting—lights with a warm yellow glow that’s often used in roadways and parking lots—to broad white LEDs. The study’s spectral map showed the move toward white LEDs varied by country. Italy, Ireland, and the UK showed the greatest shift towards blue light emissions, while Belgium and Germany showed the least change.

Cities are turning towards LEDs to provide more brightness to dark skies than the monochrome yellow tone from high-pressure sodium lighting. Another benefit the study authors suggest is that LED lights are marketed as an energy-efficient alternative. However, the findings show LED lights give off more blue light emissions. Blue light has shorter waves (ranging from 450 to 495 nanometers) that provide more energy and a cooler color than other longer wavelengths, such as red light waves. We’re often exposed to blue light on our electronic devices like smartphones and television.

Thomas Kilkenny, the director of the Institute Sleep Medicine at Staten Island University Hospital who was not affiliated with the study, says that blue light exposure can disrupt sleep by inhibiting the production of melatonin. “This is the hormone that makes you feel sleepy. It is normally stimulated by darkness just before sleep.” With blue light, however, your brain is tricked into thinking it’s still daylight, keeping you awake and prolonging the time it takes to fall asleep.

On the bright side, “blue light added to the streetlights may make people feel more awake when they are driving and decrease accidents,” points out Kilkenny. On the downside, “it may also have the unintended consequence of increasing the amount of insomnia in the population,” he adds. “Sleep deprivation is already a major problem in society and in itself may lead to more traffic accidents, illnesses, depression, and lost time at work.”

The authors also revisited past research studies and found that artificial nighttime lights may explain changes in human melatonin levels, star visibility, as well as bat and insect behavior. “LEDs are not being used in a sustainable way, and they are not reducing light pollution,” warns Sánchez de Miguel. “In the context of an energy crisis like now, we should remember that light pollution is a plain air pollutant and a waste of energy.”

According to the research authors, this is one of the first studies that has mapped the full spectrum of LED lights across the European continent at night. Sánchez de Miguel explains that they are currently working on trying to automate some of the processes involved in mapping with the goal to create a world map showing the environmental risks associated with artificial lighting across the entire planet.