Bad for People, Great for Plants 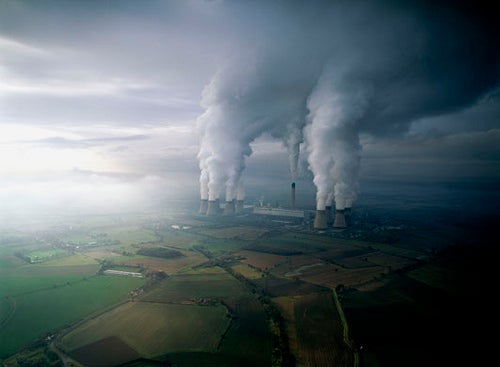 Tell me this isn’t a summer blockbuster—as man faces the catastrophic effects of increased carbon dioxide levels, plants flourish. German researchers from the Thuenen Institute confirmed as much Tuesday, when they released findings showing that crop yields boom when plants are exposed to high levels of CO2. Jets sprayed the plants with extra CO2—enough to match the amount that scientists predict will fill the atmosphere by 2050—and the outputs of barley, beets and wheat jumped 10 percent.

Hans-Joachim Weigel, a scientist from the Thuenen Institute, was careful to note that the study shouldn’t be used to undermine attempts to reduce CO2 emissions. Other studies, after all, haven’t linked high CO2 levels with such significant plant growth. Furthermore, within Weigel’s study more didn’t necessarily correlate with better: The increased CO2 levels actually reduced the plant quality. In the future, the researchers are planning to study the effects of rising temperatures on plants, which is a forecasted consequence of increased CO2 emissions.