Of Locust Swarms and Cannibals

A fearsome plague has an even darker origin 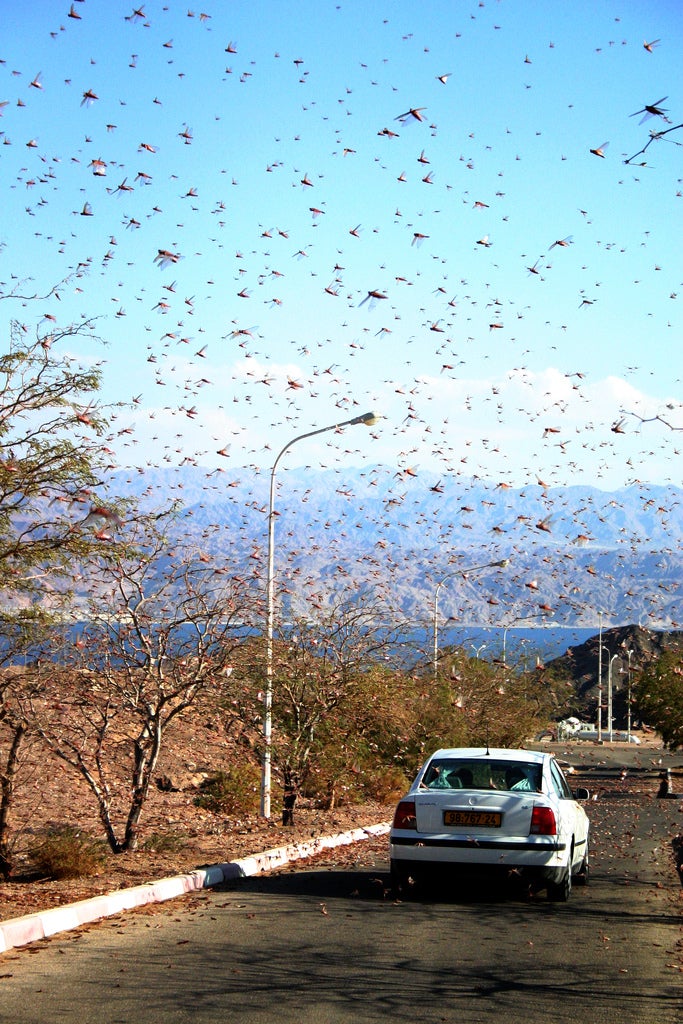 The Plagues of Egypt in the book of Exodus are horrible, fantastical events we have yet to witness on Earth: rivers running with blood, hail mixed with fire, the deaths of firstborns. Some plagues, however, we do see from time to time. For modern-day farmers, locusts are very much a real, destructive force. Swarming in groups by the billions, locusts can travel hundreds of miles, stripping vegetation bare as they go. Scientists have never entirely understood the phenomenon, although one study has suggested swarming results from a lot of banging around as a consequence of overcrowding. Now new research in the journal Current Biology points to a far darker reason: fear of cannibalism.

Locusts are herbivores, but the team of international researchers who developed this new theory observed young locusts attacking and eating each other when food runs short. The immature insects are not yet able to fly and so cannot escape. This induces panic and causes them to band together for strength in numbers against the cannibals among them. The researchers surmised they continue that momentum into adulthood when they take to the air. The end result are airborne swarms desperate for edible vegetation of any kind.