Today Nintendo officially announced the Nintendo 3DS, the first mobile game console to get on the 3-D wave. On the... 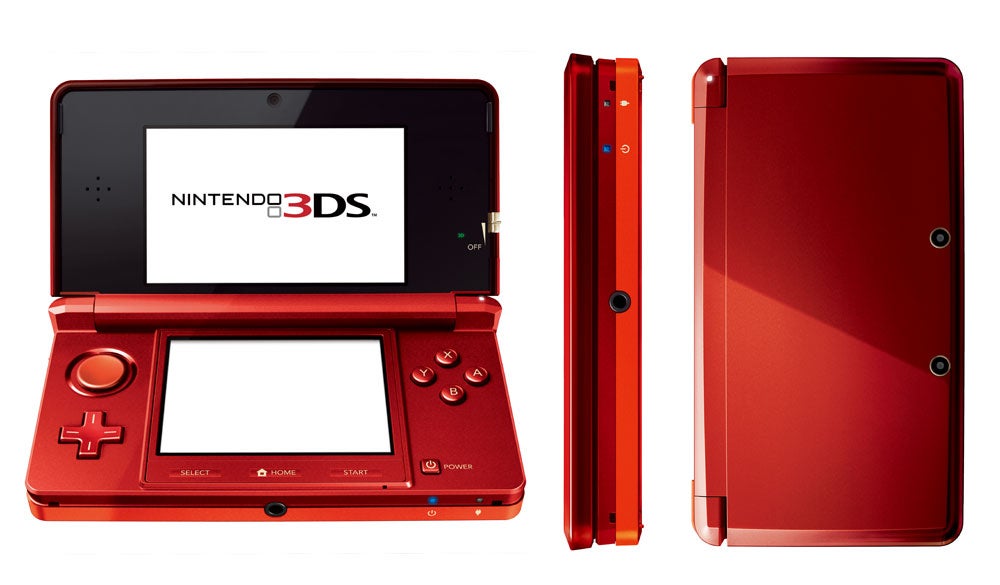 Today Nintendo officially announced the Nintendo 3DS, the first mobile game console to get on the 3-D wave.

On the outside, the 3DS looks just like the the standard DS clamshell we’ve come to expect since the device first launched in 2004 but with one big difference: One of it’s screens has an extra dimension. But rather than mate the standard DS touchscreen with the 3-D display, Nintendo opted for a sight-only 3.5-inch widescreen LCD on the top.

As the speculation has said over the last couple months, the screen requires no glasses. Using parallax barriers (two LCD screens stacked one of top of the other to direct light at either the right of left eye), it creates a virtual stereoscopic 3-D effect if you are in the screen’s sweet spot. Fuji’s 3-D LCD viewer uses a similar trick.

What the 3DS adds, though, is the ability to adjust the 3-D effect. The side of the device has a small slider switch, which allows you to choose how exaggerated you’d like the third dimension to appear — from popping way off the screen to nothing at all.

The screen isn’t all the device does to immerse you in your gameplay. It also packs two side-by-side camera lenses, so it can both shoot and display 3-D pictures. Aside from that, it now has a motion and gyro sensors that developers will surely make plenty of use of when trying to manipulate 3-D gameplay.

Knowing the content problem we’ve experienced with so much of the 3-D tech we’ve been seeing over the past months, the first question we had was: what about the content? Nintendo’s got that covered, too. At launch, they will have a full range of both in-house and third-party games at the ready. The company developed their own demo game, Kid Icarus Uprising, to show off their high-flying effects today. In house, Nintendo is readying a 3-D version of Nintendogs, while developers from everywhere from EA to Activision are reportedly chomping at the bit to release their own 3-D titles. (Think DJ Hero, Batman, Resident Evil, Metal Gear Solid, and Madden.)

The 3DS will also support video playback in 3-D; the current demo shows Dreamworks’ How to Train Your Dragon in addition to titles from Warner Bros. and Disney.

Pricing and availability are, sadly, still a mystery.