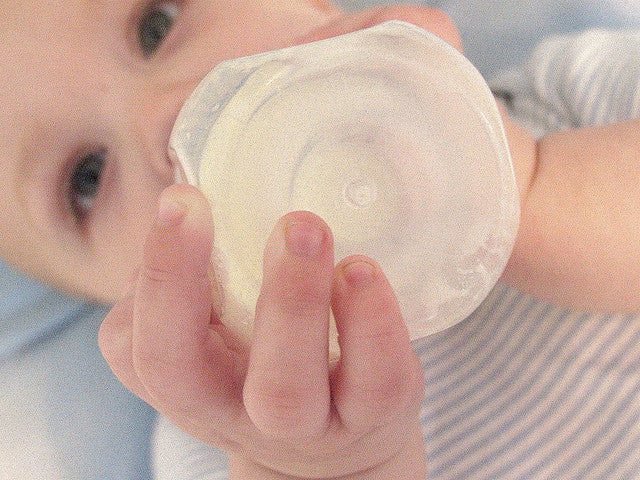 Despite the formula industry’s best efforts, nothing is quite as good for babies as breast milk. Babies that nurse have been shown to get more education, have greater resistance to disease, and experience physical benefits of skin-to-skin contact. New moms who are unable to breastfeed still want their babies to reap the same benefits, so some look to purchase breast milk from places like milk banks or even classified ads. But according to an editorial published today in the British Medical Journal, parents should not buy breast milk online, as the industry still lacks important regulation and could put the babies’ health at risk.

Though breast milk has a lot of benefits for an infant, it can also transmit some diseases, such as HIV, hepatitis B and C, and syphilis. Women with these diseases are encouraged not to breastfeed. Breast milk purchased online may not be tested for these diseases as rigorously as milk from a known source or a regulated milk bank, for example, which is why milk bought online tends to be a few dollars cheaper per ounce.

Experts also have concerns about how the milk is preserved and shipped. Previous studies have found that breast milk bought online has a much higher chance of containing disease-causing bacteria than milk from a milk bank. In one study, a quarter of the milk delivered to the customer’s house was in poor packaging and was no longer frozen.

“Milk bought online is far from an ideal alternative, exposing infants and other consumers to microbiological and chemical agents,” the authors write. They hope that lawmakers and regulatory agencies will see their work as a call to action to protect mothers and infants from harmful milk, enforcing more stringent rules and consequences to those who sell contaminated products. Until that happens, the onus falls on mothers and healthcare professionals to be discriminating when it comes to buying breast milk.