New York State starts to crack down on mislabeled pills 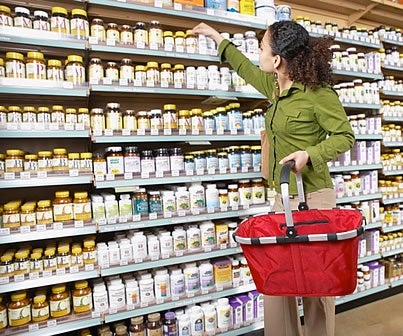 What’s that in your St. John’s wort supplement, or your ginkgo biloba pill? What if it’s not the plant you thought at all? The New York State Attorney General’s office DNA-tested dozens of bottles of big-brand supplements to determine what they actually contained, the New York Times reports today. Several previous studies had found a surprising number of herbal supplements both contain ingredients they don’t list… and don’t seem to contain ingredients they do list. That proved true in the New York investigation.

The Attorney General’s office used DNA barcoding to test for DNA from plants in bottles of herbal supplements officials bought at popular pharmacy chains. As a result, the office is forcing GNC, Target, Walgreens, and Walmart to pull products from their shelves. The companies are selling supplements, under their own brands, whose DNA don’t match up with their labels. For example:

Michael McGuffin, president of the American Herbal Products Association, told the Associated Press that “processing during manufacturing of botanical supplements can remove or damage DNA,” which is true. So it’s possible some of the investigated supplements do contain the active ingredients they claim, even if they no longer contain viable DNA. That still doesn’t explain the presence of plants that are not listed on labels.

DNA barcoding is the same technology behind efforts that have uncovered cheaper replacement species in seafood restaurants, horse meat in the U.K. beef supply, and other instances of mis-identified food. It can also help customs officials detect contraband, such as ivory or endangered animal jerky, and museums identify long-taxidermied animals.

P.S. One of Popular Science‘s favorite Flickr streams is the FDA’s recalled foods and drugs stream! The stream includes everything from clearly specious “male enhancers” to products made by beloved brands. Learn about the stream here.