They’re not wood, but they burn just as well. 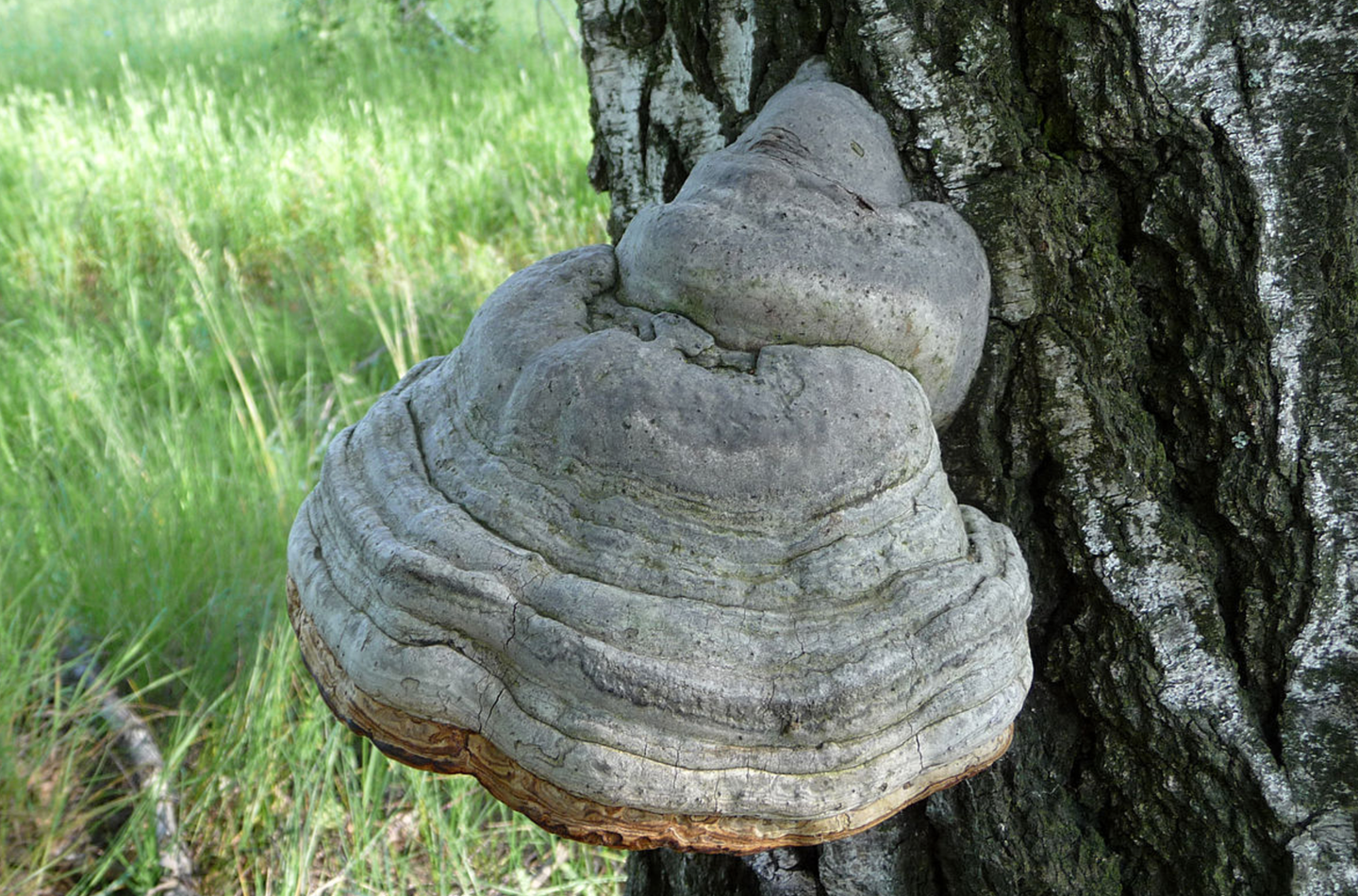 Fomes fomentarius is known as "horse hoof fungus" because, well, look at it. It's also quite flammable. Wikimedia
SHARE

You might not expect tree fungus to be particularly useful, but—surprise—it’s often very handy. If you have birch or black locust trees growing near you, then you probably have some highly flammable species of fungi also growing nearby.

A classic fire starting tinder of the northeast is the fungus that grows on birch trees. The species Fomes fomentarius is often called horse hoof fungus, tinder fungus, tinder conk, and tinder polypore. The species produces fist-sized polypore fruit bodies, which are shaped like a horse’s hoof. They vary in color from a silvery gray to almost black, though you’ll usually find them gray or brown colored. The dead, dry fruiting bodies of this fungus can be shaved into pieces or ground into dust to assist with friction fire spark longevity, or they can be cut into flat chips to be burned as a char-cloth substitute in flint and steel fire making.

Another fire fungus is seen more in the mid-Atlantic and southeast regions. The species Phellinus robineae (better known as cracked cap polypore) is a shelf fungus which can grow from egg-sized shelves all the way up to hat-sized shelves. The cap on this tree-growing mushroom is a wide semicircle, flat on the bottom and hoof-shaped on top. The upper surface is yellowish-brown to brown, but it becomes black and cracked as it ages. It is found on dying or dead black locust trees.

Dead, dry pieces of this fire fungus can be used in the same ways as horse hoof fungus, and they also make a nice long match. Just grab a dead cracked cap polypore, get one edge of the shelf fungus smoldering with a coal from your fire, and carry it for an hour or two in a fireproof container to transport the live ember to your new campfire location. The cracked cap will also make a functional friction fire board (at least for bow and drill fire making).When using either fungus for a friction fire coal extender, the dust can be added to a coal while still in the notch or groove in which the coal formed. Coal extender can also be added to the core of a tinder bundle, or added to a coal after it is in the tinder bundle.

Have you ever tried fungus for fire making? How did it work for you? Please leave us a comment.