How to make an authentic cup of matcha 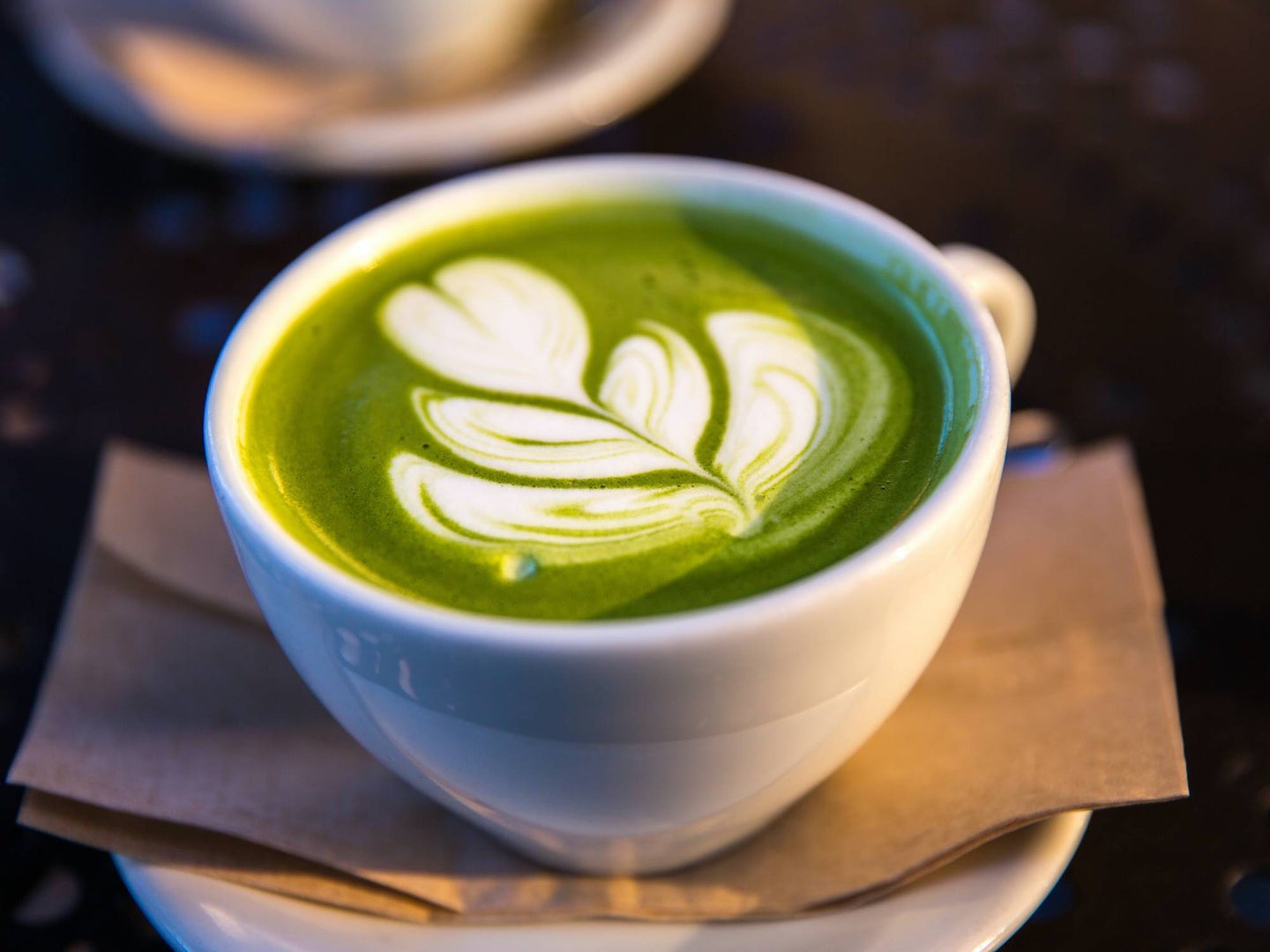 It can be easy being green. Jason Leung / Unsplash
SHARE

You’ve no doubt seen matcha on menus in restaurants and coffee shops. Maybe the latte form has even become your go-to drink order. And yet, you’ve probably given little thought to making it at home, in spite of the fact that it’s been a household beverage since at least China’s Tang Dynasty in the 7th to 10th centuries.

Is it that matcha, a fine powder made of ground green tea leaves, is a bit intimidating with its special bowl and whisk? That’s understandable. Keiko Kitazawa, a traditional Omotesenke-style Japanese tea ceremony instructor, says, “Producing matcha requires heart, dedication, the utmost care, and advanced methodologies.” It is closely linked with hospitality in Japanese culture, and this lives on today in the tea ceremony.

But while you don’t need to devote Kitazawa’s same dedication to making a cup of matcha at home, you can still produce a rich and delicious matcha beverage—latte or otherwise—right in your own kitchen. All you’ll need are a few tools and a few tricks of the trade.

The tradition of matcha

There’s a meditative-like quality to matcha, and that may be owing to the Zen monk Eisai, who brought matcha to Japan in the 12th century, explains Kitazawa.

Eisai first provided it to the warrior class due to its medicinal properties, and it wasn’t long before it infiltrated the highest of societies. Matcha was expensive and only available to affluent Japanese families, who tended to appreciate Chinese imports. For them, matcha indicated sophistication and it soon became a part of lavish parties.

“By the 15th century, it was very much a part of ruling class culture,” says Kitazawa.

[Related: Healthy coffee alternatives for when you need a cup of warm something]

As such, matcha was—and still is—far from being to Japanese households what a brewed pot of coffee is to people in the United States. Matcha’s spread across the states was essentially manufactured in the US, since Japanese households tend toward tradition: a bowl of hot matcha specially prepared, not an oat milk matcha latte special at your local cafe.

How to make matcha at home

The tea by itself won’t please everyone, but that’s where the creative matcha drinks come in—hot or iced, latte or smoothie, with whole milk, coconut milk, or almond milk; lightly sweetened or traditional. Some cafes purchase a matcha mix with sweetener already mixed in, lending the drink an artificial taste beverage purists would rightfully reject.

If you’re going to make any matcha variation at home (read: If you don’t want to go broke spending $7 for an iced oat milk matcha latte), here’s how to do it yourself.

1. Warm your bowl. Do so by filling it with hot tap water. Kitasawa recommends this because it helps keep the tea warm once you pour it into the bowl.

2. Heat up about 8 ounces of water. You want to prevent it from boiling and take it out of the heat when it has reached between 185 to 190 degrees Fahrenheit. Use an electric kettle or a thermometer to be as precise as possible.

3. Sift your matcha powder. Use a matcha sifter or another small sifting tool. This will render soft, frothy matcha as opposed to a grainy beverage.

Pro tip: Buy the highest-quality matcha you can find. Kitazawa says the ultra-fine powders, often labeled as fine-ground on the packaging, offer a superior consistency in the final drink, which should be smooth and not grainy. She also recommends looking for a ceremony-grade label and to shop in a specialty store if you can. A 3.5-ounce bag of high-quality matcha costs about $20.

4. Add ½ teaspoon of matcha into the bowl. The taste of matcha by itself is bitter—perhaps too bitter for some imbibers. It’s also clean-tasting (crisp and pure) and refreshing in its aggressive herbiness. Using more or less matcha is a matter of personal preference, though it will increase both the potency and flavor of the drink.

Note: Probably the charms of matcha are not so much in how it tastes, but in its benefits. The green powder has a high antioxidant quotient, and L-theanine amino acid research suggests it may help people retain focus and sustain energy, and relax at the same time. Plus matcha has a non-negligible amount of caffeine, making it a popular choice among those looking for an alternative to a buzzy cup of coffee.

5. Add a splash of water to the bowl and whisk with a bamboo matcha whisker, or chasen. Do it vigorously to make foam and continue until it covers about one-third of the surface of the tea bowl.qNote: If you want to make a traditional cup of matcha, Rona Tison, a spokesperson for Ito En, a Japanese tea manufacturer, says a bamboo chasen is the proper tool for whisking. Eventually, the goal is to whisk until you get a very thin film on the top layer of liquid. “That takes a lot of technique,” she notes.

6. Option 1: Drink now. From here, you can sip directly from the bowl as is tradition. Japanese tea ceremonies involve appreciating the beauty of the ceramic bowl before turning it to take a sip—keeping your lips from directly touching the front of the bowl is a sign of respect, Tison says.

Pro tip: If you really want to go the extra mile and honor centuries-old Japanese tradition, admire the front of the bowl’s design before turning it to take a sip away from the art. Tison says it’s traditional to take a look at the bowl, whether it’s the glaze or pottery work. “There’s beauty, refinement, and grace in terms of the whole ritual,” she says.

7. Option 2: Pour the tea into a mug and add your favorite milk or non-dairy product. You can steam or chill (just pour over ice) your complimentary beverage of choice depending on whether you want your latte hot or cold. Sipping matcha with milk or a non-dairy creamer tamps down the bitter notes, and you can also add a dash of honey or sprinkle of sugar to taste.