Mexican Drug Smugglers Are Launching Pot Into The U.S. With A Huge Pneumatic Cannon

Border Patrol agents have recovered 33 canisters of marijuana from a field in Arizona that they believed were launched roughly 500 feet from the Mexican side of the border. 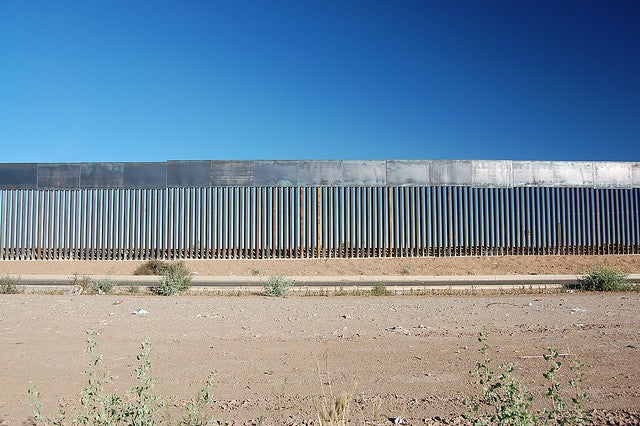 When we last checked in on the DIY innovations of Mexican cartel drug smugglers, we found them lobbing four-pound bales of marijuana over the Mexico-Arizona border with a trailer-mounted catapult. But technology never stands still. U.S. Customs and Border Patrol agents recently found 33 canisters of marijuana in a field on the U.S. side near the point where the Colorado River crosses the U.S.-Mexico border, and they think the pot got there after being launched from a huge pneumatic cannon.

This is by no means a record breaking haul for the Border Patrol: 85 pounds of grass worth about $42,500–peanuts in the larger drug war. But it is representative of the ever-shifting tactics used by smugglers to get their product to market on the U.S. side of the border. The recovered canisters of pot were believed to have been launched roughly 500 feet (agents also recovered a carbon dioxide tank, tipping them off to the pneumatic nature of this latest ballistic border-clearing method). That’s no small distance for cans of pot that had an average weight of around 2.5 pounds.