Would you paint a baby's room Blue Oyster Cult? 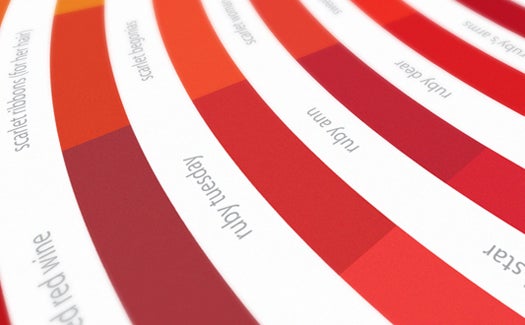 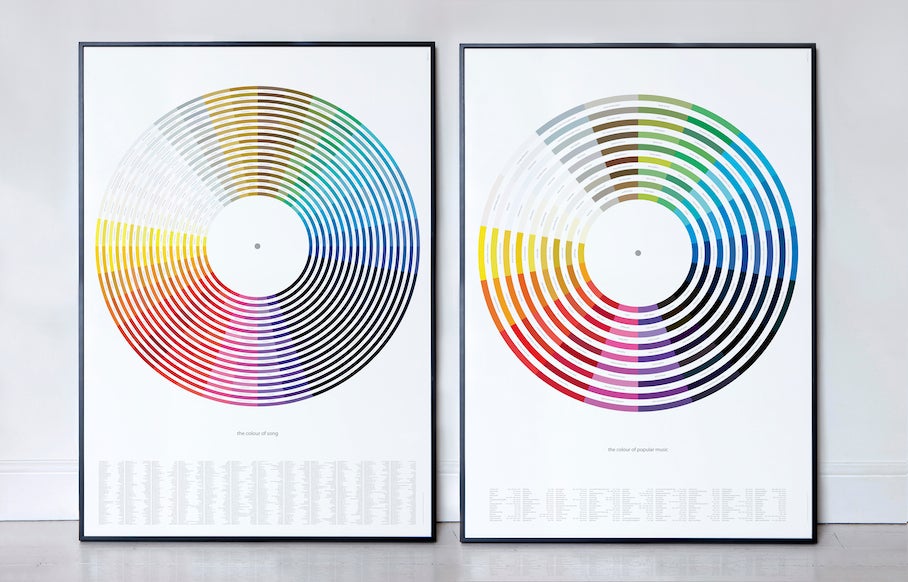 The designers of We Are Dorothy are masters at representing snippets of pop culture in fresh, visual ways. The British team has created maps for a musical town (Penny Lane, Highway 61) and a Los Angelesesque city atlas with cinematic landmarks (Reservoir Dogs, Jurassic Park). As a followup to those, and in that same vein, their newest project is pure pop Pantone: color charts that feature only colors named for songs and musicians. 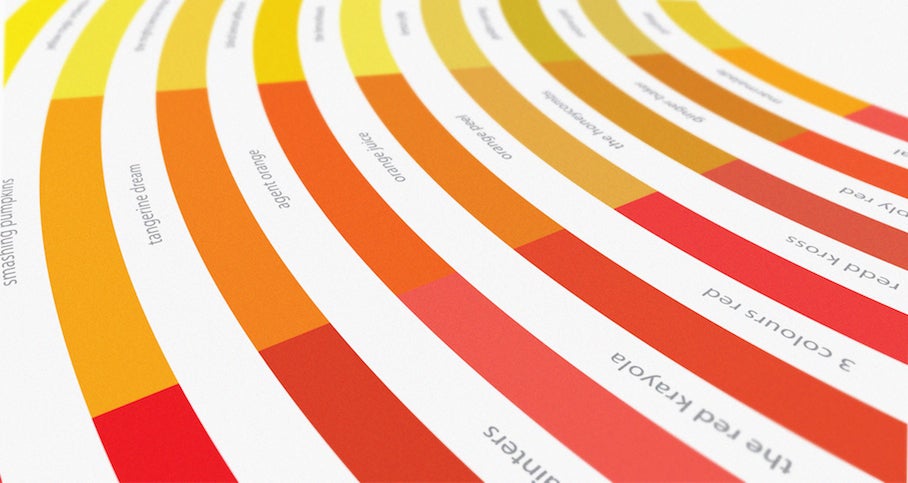 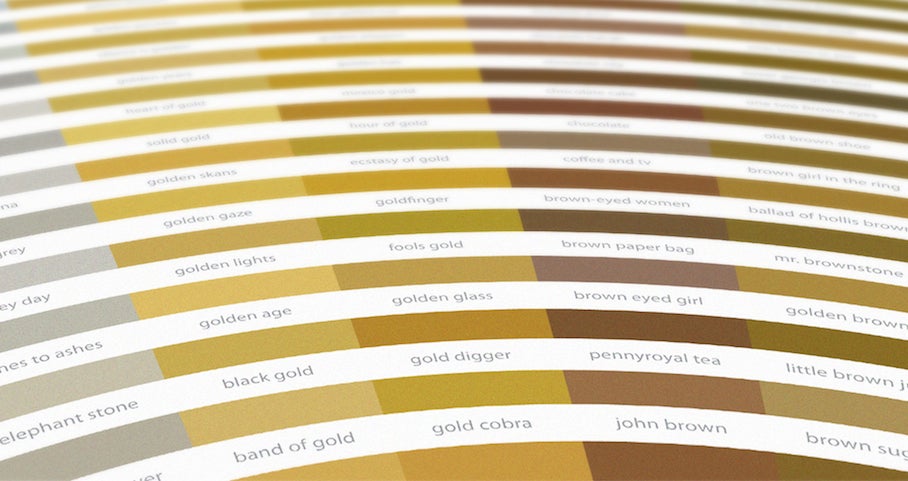 But it’s debatable how popular some of that music is, exactly. We Are Dorothy’s Ali Johnson explained how they dug around for musical touchstones. “We started with our own record collections (some of the more obscure psychedelic prog rock bands and tracks are courtesy of [We Are Dorothy colleague] Phil’s collection) and when we exhausted these we consulted books like ‘Martin C. Strong’s Essential Music Discographys’,” she says. “And yes, when we were running out of ideas and needed to fill in the gaps we did resort to Google.” 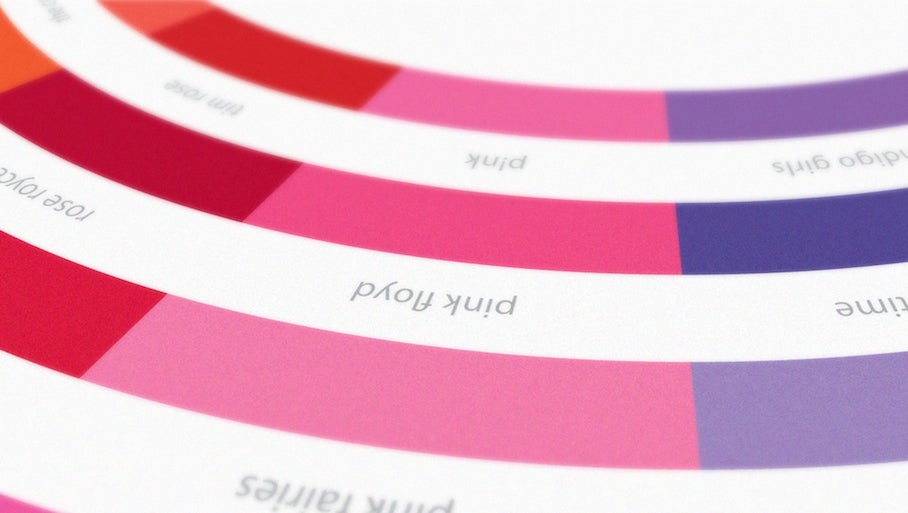 The designs are meant to look like both a color chart and a vinyl record, with the bands standing in for the grooves of a record. Not every band with a color in its name makes the cut, of course, even though a walloping 154 artists are featured on the musician chart and 576 songs on the song chart. So Johnson and the rest of We Are Dorothy discriminated slightly, picking a few based on their tastes. (Although you can’t not include Pink Floyd in this sort of thing.) You can purchase prints of the designs at We Are Dorothy’s shop. £100 per signed and stamped limited edition print and £30 per open edition print. 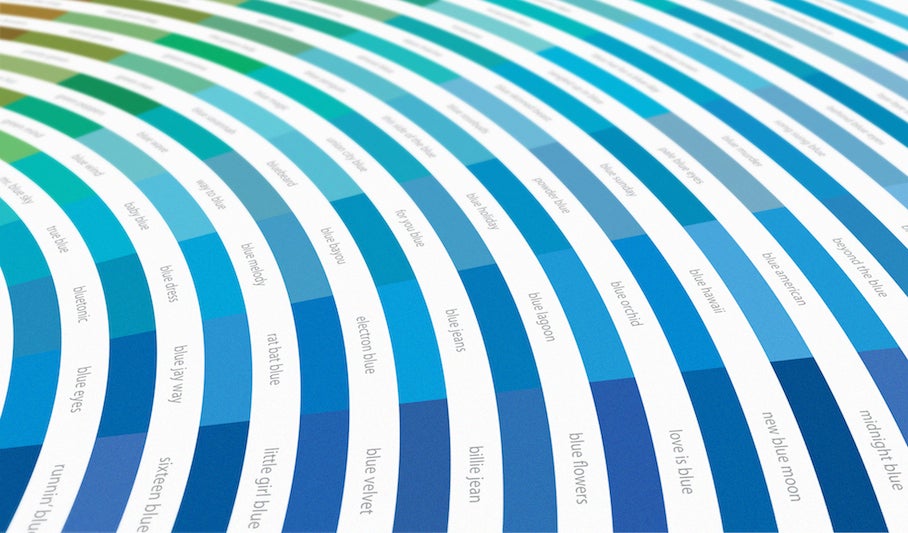 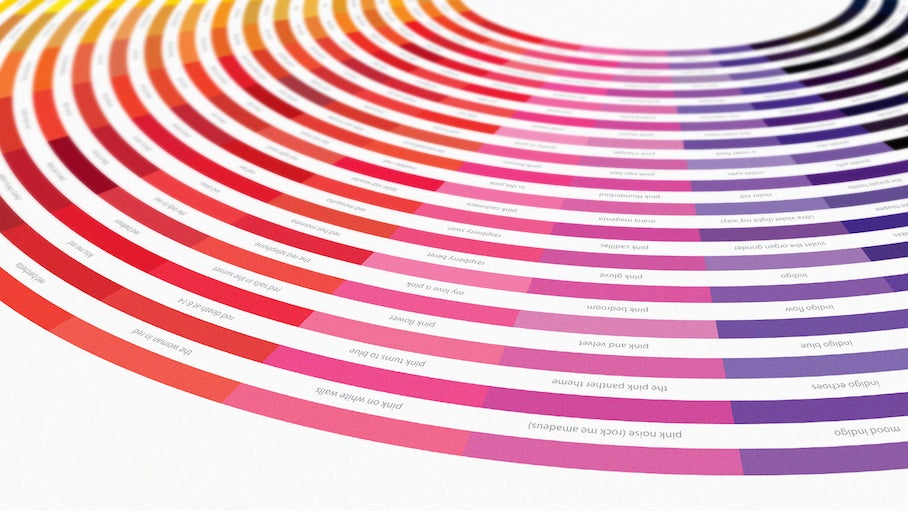 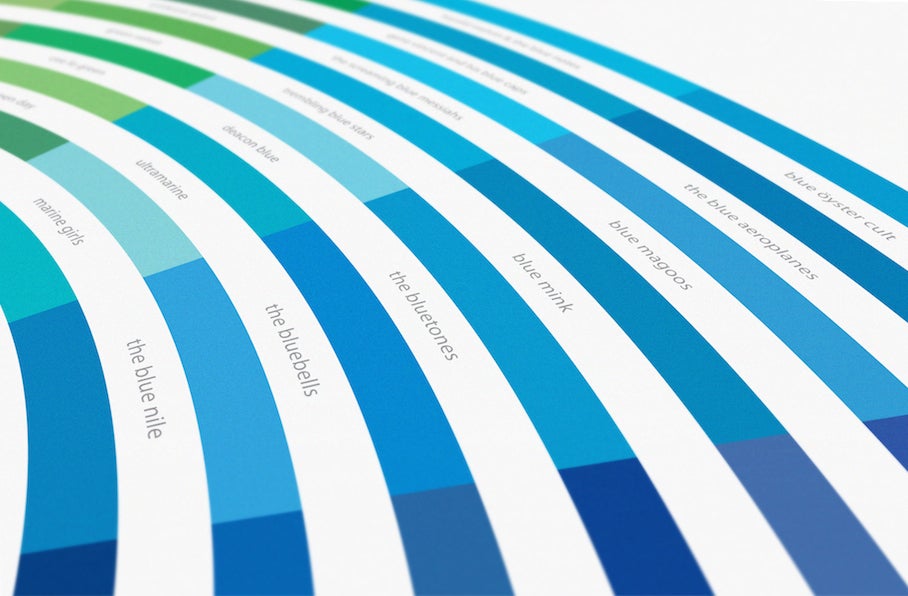 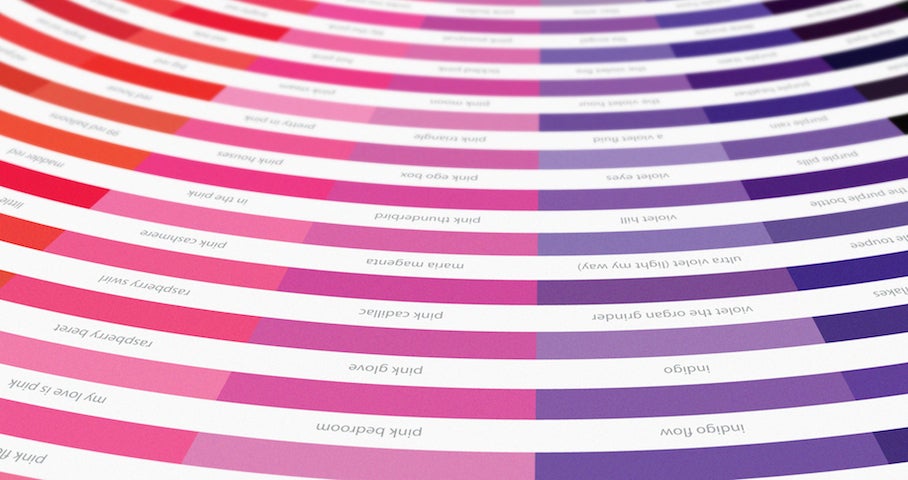