DEA Loosens Restrictions On Marijuana Research, But Not Use 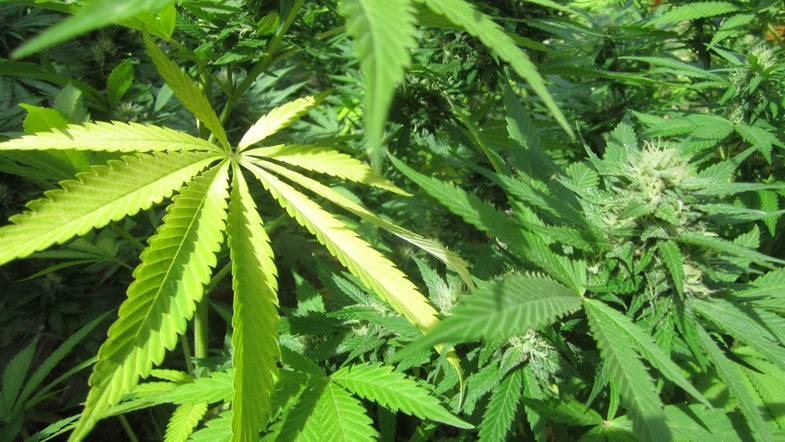 States across the country have begun the push to legalize marijuana, but at a federal level, the drug remains verboten.

In a highly anticipated decision announced today the Drug Enforcement Administration (DEA) decreed that marijuana would remain a Schedule I drug, maintaining restrictions on marijuana at the federal level.

In a letter written to the governors of Rhode Island and Washington, and Bryan Krumm (who helped author New Mexico’s cannabis laws), DEA administrator Chuck Rosenberg said: “Schedule I includes some substances that are exceptionally dangerous and some that are less dangerous (including marijuana, which is less dangerous than some substances in other schedules). That strikes some people as odd, but the criteria for inclusion in Schedule I is not relative danger.”

The DEA website, however, seems to disagree, and does say that “The abuse rate is a determinate factor in the scheduling of the drug; for example, Schedule I drugs are considered the most dangerous class of drugs with a high potential for abuse and potentially severe psychological and/or physical dependence.”

The relative dangerousness of marijuana and Schedule I drugs aside, the DEA criteria for a drug being placed in Schedule I is that it is both addictive and has no accepted medical use. But proving the medical usefulness of marijuana requires growing and testing marijuana. Though there has been a lot of interest in marijuana as a way to treat pain and conditions like PTSD, there isn’t a large body of work out there.

There have been relatively few studies into the medical efficacy of marijuana in part because there is only one approved supplier of marijuana to the scientific community for research purposes, at the University of Mississippi. Though the DEA has refused to reconsider its treatment of marijuana at present, the decision today does leave the way open for its reclassification at a later time, by allowing other research facilities to receive approval to grow marijuana for research purposes.

This could allow more labs to look into the use of the drug as an approved treatment for a wide range of conditions, even if legalizing marijuana or easing marijuana restrictions remains off the federal table for now.