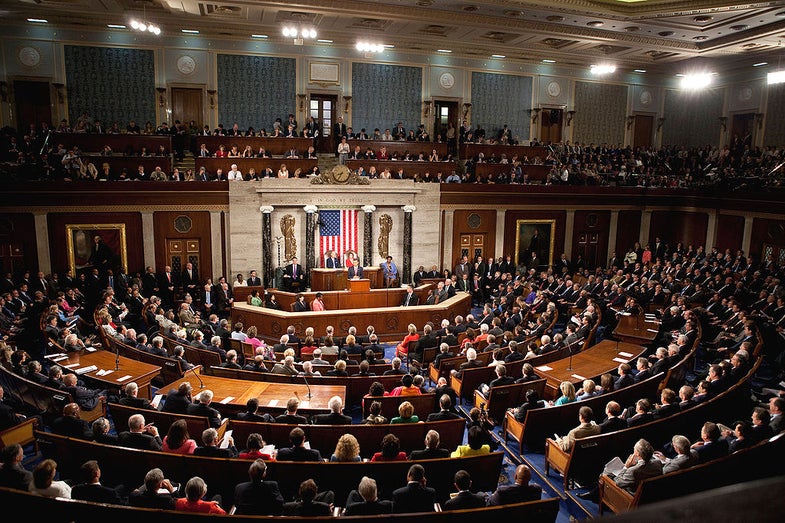 On June 17, the House of Representatives Appropriations Committee released a bill that outlines the funding for the Food and Drug Administration (FDA) for 2016. But the bill has an unusual caveat: if it passes as it currently stands, it would bar the agency from spending any money to assess research or clinical applications for products that manipulate the human genome. It would also require the agency to set up a committee to review a forthcoming report that considers the ethics of editing human embryos.

This legislation comes at a pivotal moment when editing the genes of human embryos is no longer hypothetical. In April, Chinese researchers published a study in which they detailed their use of CRISPR/Cas9, a protein that snips genetic material and replaces it with the desired genes. Even though the embryos weren’t viable, the experiment created a huge international stir, with most experts calling for a moratorium on research that modifies embryonic DNA until the international research community could set some ethical ground rules. Foremost among the many concerns is that of consent—any edits (even accidental ones) to an embryo’s DNA are permanent and passed down to future generations, and an embryo cannot consent.

This type of research is very controversial, and it’s understandable that the U.S. government would not want to let their grantees jump into it prematurely. But there are already lots of legal hoops in place to prevent exactly this kind of research from happening, according to an article in Nature News and Comment. The National Institutes of Health has had a ban on editing genes of human embryos since 1996. The FDA has been keeping its eye on this kind of research for a long time, which is why it commissioned a report by the U.S. Institute of Medicine to uncover the implications for it, so far the agency has not given any indication that it would actually sponsor this kind of research. And while the House bill will discourage embryo editing in clinical trials (because the FDA can’t spend money to assess it), it still wouldn’t pertain to research like that of the Chinese team because it didn’t involve viable embryos. Several bioethicists are asking: What good would this extra layer of ethical consideration actually do?

For the bill to become a law, it would have to win approval from the House of Representatives, the Senate, and President Obama. The Appropriations subcommittee has already approved it.