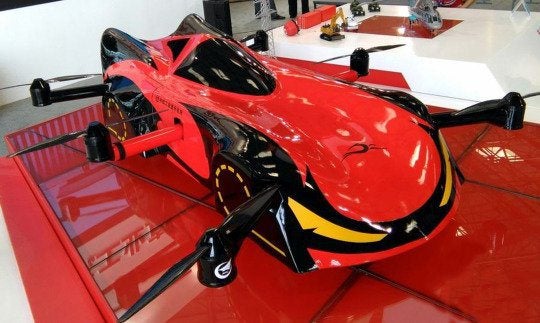 AVIC, the leading Chinese aviation conglomerate, unveiled a flying robot car during the September 2015 Third China Helicopter Exposition in Tianjin. The Swift Gazelle (Sai Ling in Mandarin Chinese) currently weighs 100 kg, and uses its six side-mounted, digitally controlled rotors to vertically take off and land, hover and fly, just like a helicopter. On land, the Swift Gazelle can speed off in pursuit of enemies. At its current small size, the Swift Gazelle is unmanned, which means that it can drive autonomously on the ground (and is much cheaper for scouting missions), at least until a bigger Gazelle comes along for human use. 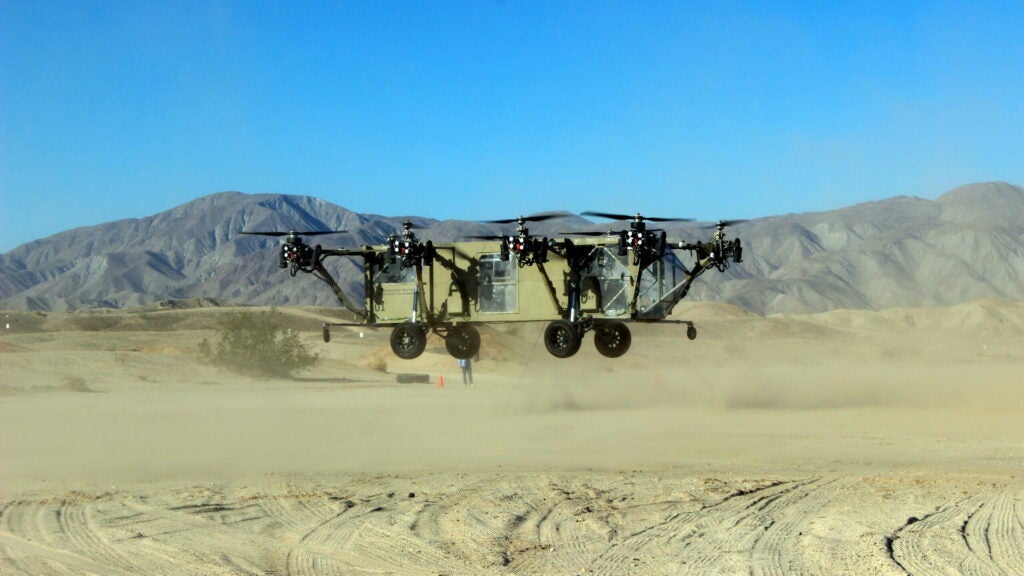 Flying cars, such as this Black Knight, which use side mounted rotors, might fly slower than helicopters, but they’re more resistant to damage, and generally easier to drive around.

Engineer Huang Shuilin hopes that the Swift Gazelle will become a widespread feature in Chinese daily life. It’ll probably also be a bit part of the PLA arsenal. The PLA, if it chooses to take a leaf from George Jetson’s book, would likely use flying cars for mountainous operations, air cavalry, Special Operations, and search and rescue. If the Swift Gazelle proves successful, China could take off in an area where America’s flying military car projects have been unable to advance past the testing stage. The DARPA military research agency has funded various similar projects, such as the Aerial Reconfigurable Embedded System (ARES) in 2009 and Advanced Tactic’s Black Knight, a flying small truck that also has side mounted rotors, which flew in 2014.

Chinese Autonomous Tanks: Driving Themselves to a Battlefield New Your?

Are Weaponized ‘Crab Walkers’ the future of Chinese Land Warfare?