Kinetic Energy for Formula One 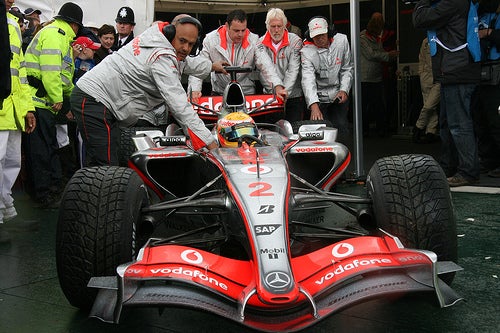 Is Formula One racing out of step with an auto industry whose greatest innovations have been in the area of fuel economy? Maybe so, but not for long. The sport’s governing body is pushing to introduce hybrid-drive systems in competitive racecars, beginning in the 2009 season. That’s when F1 will require teams to install a kinetic energy recovery system (KERS), which uses a rapidly spinning flywheel to store a decelerating vehicle’s kinetic energy, which would otherwise be wasted, and channel it back to the car’s drive system. The sanctioning group, Fédération Internationale de l’Automobile (FIA), has defined the amount of energy recovery for the 2009 season as 400 kilojoules per lap, giving the driver an extra 80 horsepower over a period of 6.67 seconds. We asked Adrian Moore, Technical Director of Xtrac a few questions about the Formula One KERS system the company developed with partner firms Flybrid and Torotrak.

Q. Explain KERS to a five-year-old. OK, a really smart five-year-old.
A. As a car slows, instead of wasting the energy used to slow the car—that from the heat radiated through the brakes—it is stored, and then re-used later to help accelerate the car. The energy can be stored in a battery, or in a flywheel. 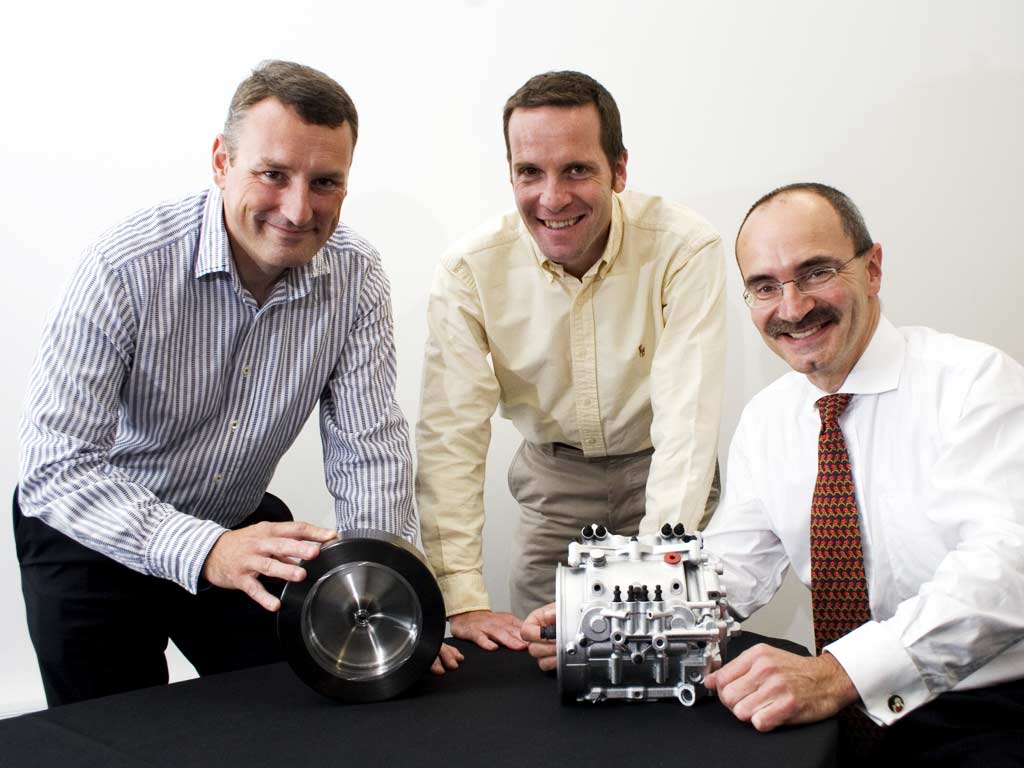 Jon Hilton of Flybrid, Adrian Moore of Xtrac and Dick Elsy of Torotrak with their compact flywheel and CVT variator for the KERS system.

** Q. What about your particular KERS system makes it best suited for F1 racing?**
A. The Flybrid KERS system for which we supply the CVT [transmission] is quite compact, very light and reacts very quickly.

** Q. Why not an electrical hybrid system for F1?**
A. Electrical systems could be used in F1, and probably will be by some people. However we believe they will be considerably heavier than a mechanical flywheel based system.

** Q. Could KERS’s short-term horsepower boost change Formula One racers’ on-track strategy?**
A. Yes. In a number of ways. For example it may increase the top speed of the vehicle, reduce the time to get from the start to the first corner, or reduce the lap time.

** Q. How do you envision KERS being adapted for road cars?**
A. As a cost effective and simple method of reducing the fuel used and reducing emissions. The driver would not necessarily be aware of the system on the car, it would work in the background, controlled by electronics.

** Q. If you could see KERS used in one current passenger car model, which would it be and why?**
A. We are working as part of a consortium with Jaguar Land-Rover to develop the technology for road car use, so I would say the ideal car would be one from their range.

Adrian Moore joined Rolls Royce in 1984 as a sponsored undergraduate student and graduated from Hatfield Polytechnic with an honours degree in Mechanical Engineering . After graduation he remained at Rolls Royce until 1992 working as a designer in the field of Advanced Engineering. Adrian joined Xtrac in 1992, working as a Design Engineer on various transmission projects . During his stay at Ferrari Design and Development Center, he designed various parts and systems for the 1997 Ferrari F310B . He then joined McLaren International as a Design Engineer working almost entirely on suspension systems, which culminated in the World Championship winning MP4/13 and MP4/14 . He rejoined Xtrac at the start of 1999 as the Chief Engineer with technical responsibility for Xtrac. In January 2002, Adrian was appointed to the new position of Technical Director.