THiNK Electric Car Maker Again Sets Sights on the US

After a fresh round of investment, the Norwegian firm plans to bring its small, efficient vehicles back to North America 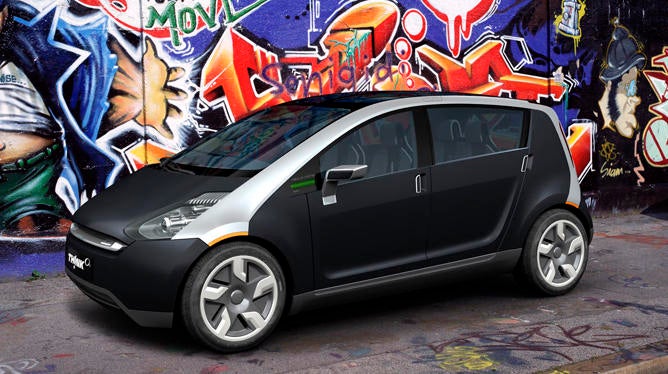 A Norwegian electric-vehicle manufacturer best known for a Y2K-era commuter-car venture with Ford is plotting a solo return to the states. Flush with cash from Silicon Valley angel investors RockPort Capital Partners and Kleiner Perkins, Caulfield and Byers, THiNK North America plans to start selling a version of its 95-percent-recyclable City car to US buyers starting in 2009. The company also plans to introduce the larger Ox (pictured) by 2010/2011.

Ford released the THiNK City model after buying parent Pivo Industries, in response to a California mandate requiring manufacturers to offer electric and other low-emissions vehicles. The minicars had a charge range of 50 miles and a top speed of 55 mph, but could only seat two people and virtually zero IKEA furniture. By 2002, Ford had sunk $123 million into the program after canning it amid a weak demand. After some coaxing by activists, Ford shipped the lease-returned vehicles back to Norway — thus avoiding a similar debacle to that which tagged GM as a killer of electric cars. The latest CIty can reach a top speed of 65 mph and can travel up to 110 miles on a charge.