Using some fancy welding and software skills, a sci-fi lover builds a flight simulator to transport himself into his favorite TV show; just in time for the new season 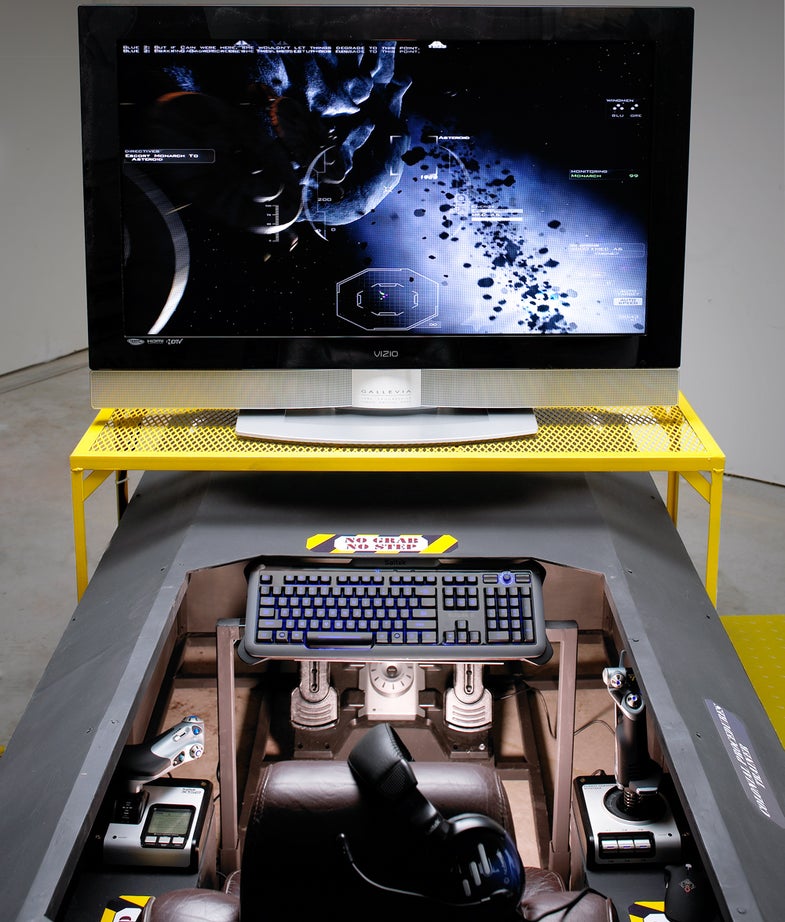 I admit it: I’m completely addicted to Battlestar Galactica. And after watching countless episodes, I was convinced I could bank and spin a Viper, the show’s signature spaceship, like a pro. So to prove it, some friends and I built a full-cockpit flight simulator to enable total immersion in the BSG universe.

The key for our team was to make a structure that would truly give the feeling of being at the fighter’s helm. We started by MIG-welding a steel frame to position the controls and enclose the player, who sits in a leather seat recycled from a junked Mazda 929. Sealed and painted plywood covers the frame, while a yellow steel “gantry” provides a step to simplify entry—and holds a 42-inch Vizio LCD television.

A separate box houses a PC running Beyond the Red Line, a simulation game designed by BSG fans that lets you pilot the Viper. Since the game accepts only one input device, we had to use extra software to make it read the joystick, throttle and pedals as a single controller. Now it easily handles all the ship’s crazy X-, Y- and Z-axis twists and turns. It’s a joy to fly, but wannabe hot dogs take note: It turns out blasting Cylon raiders is a lot harder than it looks on TV.

For a look inside the_ BSG_ flight simulator, launch our gallery here.

Structure: Cage and his team welded pieces of one-inch-square tubing to form the three boxes that make up the sim’s shape, connecting the narrower top box with angle steel. The plywood shell is attached with screws, and fiberglass-laced body filler closes up any gaps.

Controllers: Cage used PPJoy, an open-source application, to mix multiple controls—Saitek’s X52 joystick, throttle and Pro Flight pedal set—into what appears to the game as a single input device. The joystick controls roll and pitch, while the pedals control yaw, just like a real aircraft.

Buttons: The flight controller’s more than 30 buttons and switches map to the Viper’s guns, missiles, afterburners and various navigation options. The joystick buttons let you target enemies, look side to side and backward, and fire thrusters to move the Viper sideways or vertically. 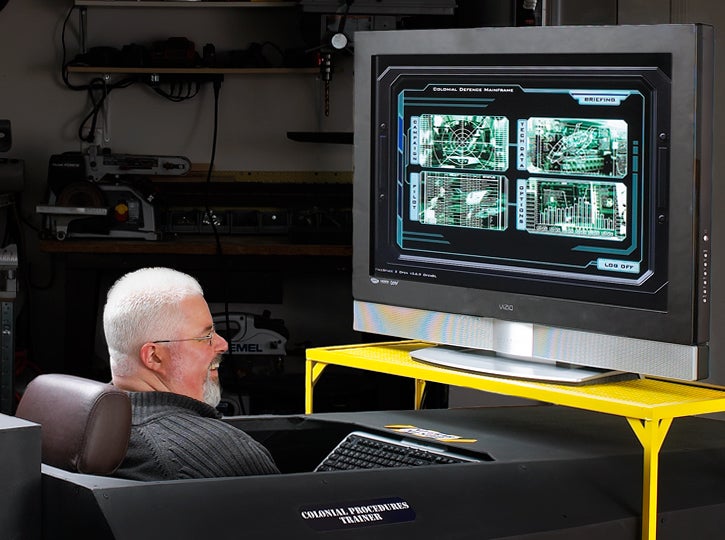 Less than three feet from the seat, Vizio’s 42-inch TV puts the pilot (here, the author) right in the middle of the action. 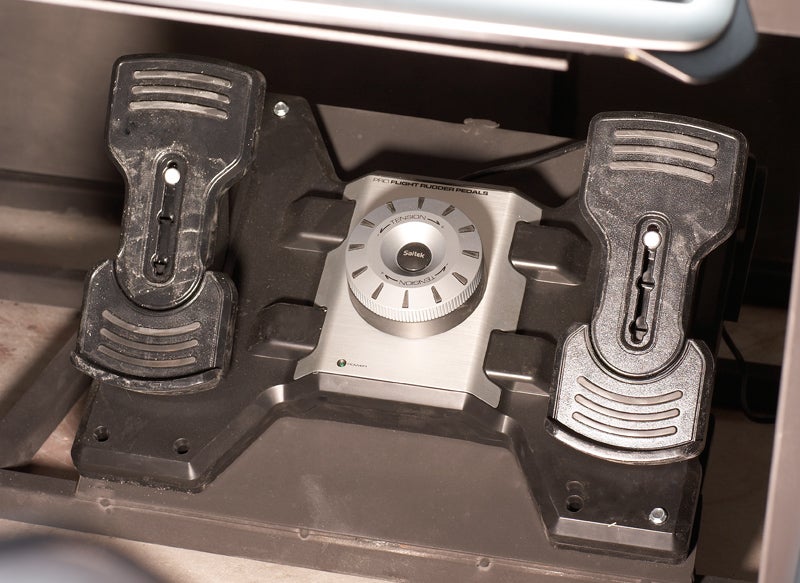 The center wheel adjusts the force of the feedback. 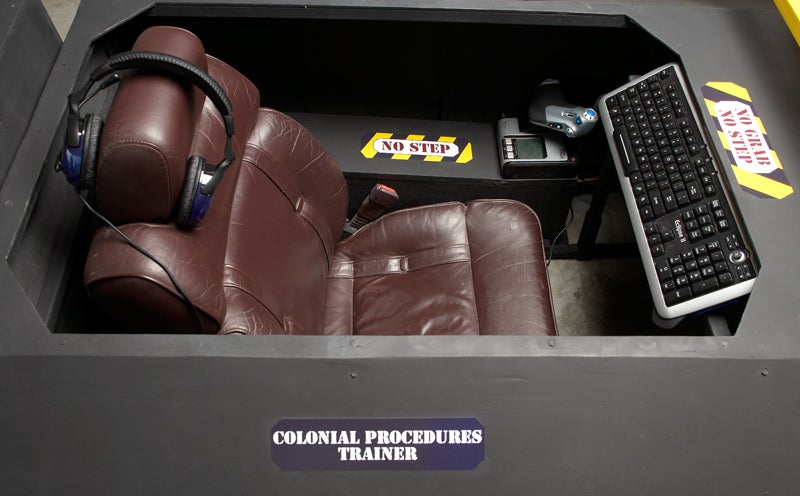 The pilot’s chair is still attached to its original seat rails to accommodate players of different heights. 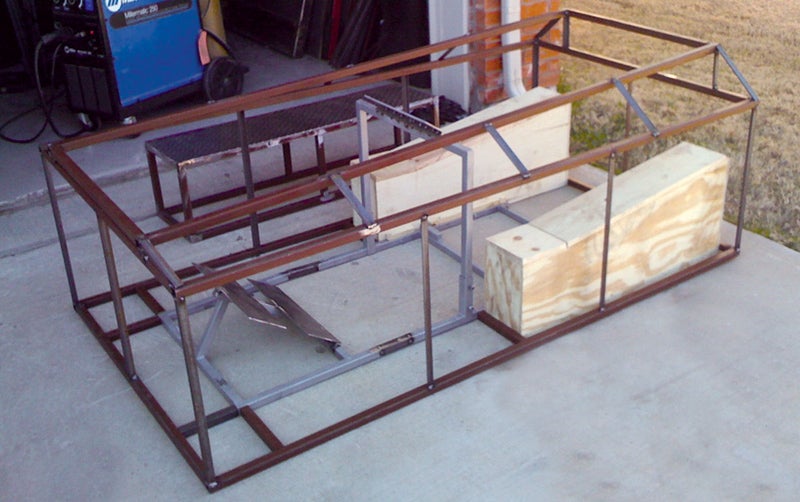 The cockpit is built on a 29-by-42-by-78-inch steel frame.
Projects
april 2008
battlestar galactica
Entertainment & Gaming
flight simulators
you built what?!