8 books to read on your beach vacation

Recommendations from the Popular Science staff. 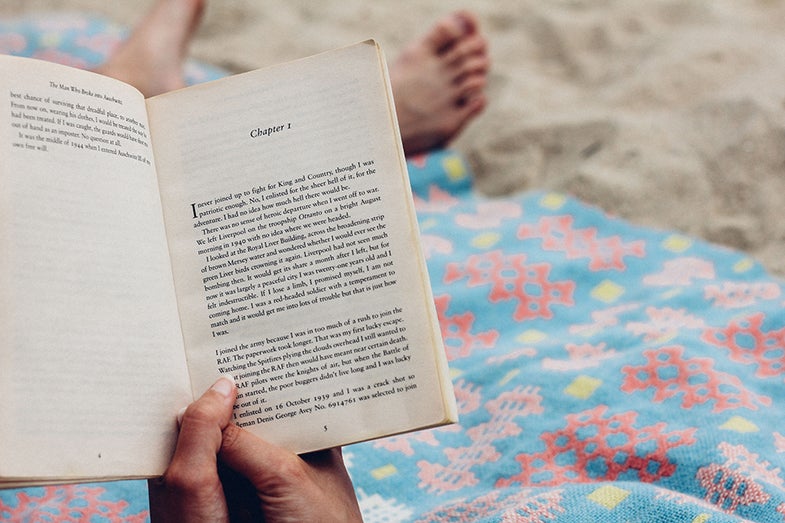 Summer. Con: It’s hot. Pro: You have more time to read Popular Science. And maybe even some books too. Here are some literary recommendations from the PopSci staff.

Dune by Frank Herbert. Ask a room of science and tech people for a fun beach read, and their minds immediately go for the science fiction classic. Haven’t read it yet? Don’t be scared. Fear is the mind-killer. You’ll have plenty of time to read it during your time off. —At least half of the PopSci staff.

I don’t normally read non-fiction on vacation, but I would recommend The Man Who Caught The Storm to anyone looking for an exciting non-fiction read. Besides, who doesn’t want to read about storms, storm-chasers, inventions, and narrow escapes while relaxing on a sunny beach? —Mary Beth Griggs

I read Why We Sleep recently and I have literally never had a book influence my behavior faster or more effectively. Walker is a leading sleep researcher and clearly knows his stuff, but is also skilled at simplifying the information for people who aren’t experts in neuroscience without dumbing it down too much. He also cites all of the studies at the end of each chapter, which is heaven for anyone who likes delving into the science for themselves. —Sara Chodosh

Written by longtime exercise and sports-science columnist Alex Hutchinson, Endure explores the importance of endurance in sports, and in life. The ability to persist through pain is as much mental as it is physical and it plays a key role in every sport, but particularly in endurance ones like distance running. In Endure, Hutchinson investigates the physiology and psychology of endurance and questions if there are truly any limits to the mind and body. —Claire Maldarelli

At 960 pages, this meticulous study of Teddy Roosevelt’s relationship to nature is on the heftier side for a beach read. But Brinkley somehow makes every bird observation, buffalo hunt, and conservation fight sing. It’s not an uncomplicated or uncontroversial story, but it’s a rich one, connecting the individual actions of this larger-than-life president to the historical context he lived in—and the contemporary society he helped create. —Eleanor Cummins

Radioactive by Lauren Redniss is both beautiful and strange— full of obscure and fascinating facts about the Curies, like that Marie learned how to blow glass in order to get test tubes in the shapes that she needed and Pierre was killed by a horse-drawn cart. It’s a little big to bring to the beach, but would be fun if you read while camping in your backyard— the copy I have glows in the dark. –Lexi Krupp

Did I recommend House of Leaves last time? [Editor’s note: Nope!] If not, I want to recommend it this time because it’s a book that’s impossible to read on an e-reader and it forces you away from technology, which is a dope hook for a beach book. —Stan Horaczek

The Ultimate Hitchhiker’s Guide to the Galaxy by Douglas Adams includes five novels in one book. I finished the first Hitchhiker’s book last summer on the beach. I can’t wait to jump into the second this year. Nothing better than digging your toes in the sand and visiting a Restaurant at the End of the Universe. –Billy ‘Don’t Panic’ Cadden