One of the world's biggest camera makers is crafting a whole new camera system. 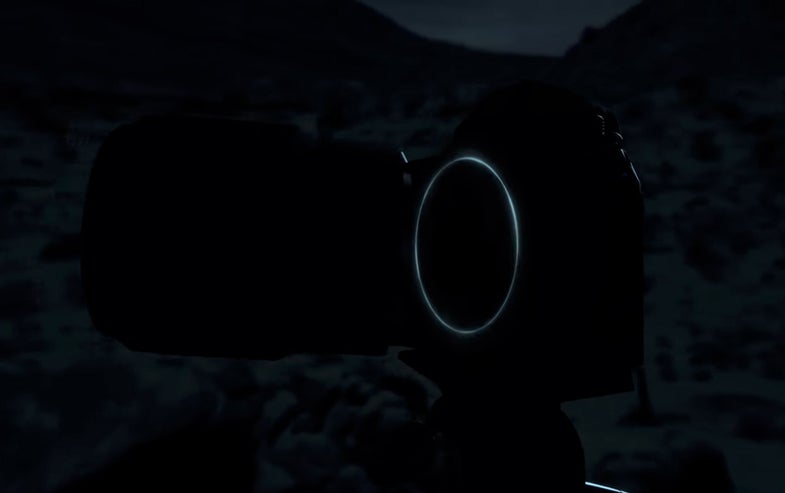 Nikon first got into the interchangeable-lens, mirrorless camera game back in 2011. The J1 and the V1 stood out from the already-established competition with its smaller 1-inch sensor (compared to Sony’s APS-C offerings and the Micro Four-Thirds cameras from Panasonic and Olympus available at that time). That small chip allowed Nikon’s mirrorless cameras to look like larger compacts. That small size, however, meant that the bodies weren’t really suited to accommodate Nikon’s massive line of legacy lenses from decades of film cameras and DSLRs—at least not without an adapter. And even if you got an F-mount lens attached, the 1-inch sensor applied a 2.7x crop factor, which meant wide angle lenses didn’t look nearly as wide.

The industry looks much different in 2018. Smartphones have largely pushed camera models to the higher-end of the spectrum, as dedicated cameras have become more of a specialty item or professional tool than a typical consumer electronic. The J1 and the V1 no longer make sense for enthusiasts who now have options like Sony’s full-frame A-series cameras or Fujifilm’s well-regarded X-series cameras.

Now, however, Nikon has officially announced the development of a full-frame (what it calls FX-format) interchangeable-lens camera coming later this year. We don’t know much about the upcoming camera, other than the fact that it will come with another new lens mount, which will have an adapter for use with legacy lenses.

Mount up Leading up to Nikon’s announcement, many online conversations focused around what lens mount would adorn the front of Nikon’s inevitable full-frame mirrorless. Users who had already bought into Nikon’s DSLR system hoped for a standard F-mount, so it could accept every lens without an adapter. It’s a nice thought, but it was ultimately unlikely from the start.

SLRs, whether film or digital, need to leave room inside the camera body for a mirror box. The mirror sits behind the lens and reflects the image up and into the viewfinder and toward the focusing sensor. When you press the shutter, the mirror flaps up and out of the way, allowing the light to hit the film or the sensor.

Mirrorless cameras, however, don’t need a mirror box and simply show the shooter what’s happening with a live view from the sensor. Without that mirror to take up space, the lens can sit much closer to the sensor, which typically translates into smaller camera bodies overall. In fact, in the early days of mirrorless cameras, it was one of the big selling points—longbefore advanced features like facial detection and hybrid autofocus became more common.

Changing the distance between the lens mount and the sensor (often referred to as the flange distance) can have a profound effect on a camera system when it comes to lenses.

Because mirrorless cameras typically have a much shorter flange distance, lenses meant for bigger cameras typically can’t focus at every distance effectively without an adapter. The adapter literally creates more space between the lens and the camera so it can work as intended.

Canon famously changed the flange distance when it switched from the manual-focus FD-mount lenses to the auto-focusing EF mount. In that case, however, the new mount had a longer flange distance, which meant that not only could old lenses not focus to infinity, but you couldn’t adapt them because there was no practical way to shorten the flange distance on the new cameras to accept old glass.

In the case of the Nikon, the lens mount issue is made slightly trickier because not every Nikon autofocus lens focuses using the same mechanism. AF-P and AF-S lenses in the Nikon lineup have focusing motors built in, while Nikon AF lenses rely on a motor in the camera to handle autofocusing. You can read a deeper dive into the difference on the Nikon site.

For now, it’s not clear what configuration Nikon will use for adapting old lenses. Our hope is that the adapter was a primary consideration throughout the design process because a full-frame camera with ready access to Nikon’s history of lenses would be a formidable challenger to Sony’s dominant A-series full-frame mirrorless offering.

One last thing to note about the announcements is that Nikon suggests that it’s still committed to DSLRs, which have been a huge part of the company’s business since the film era. We fully expect Nikon to keep pushing out excellent DSLRs, especially at the top-end, but it will be interesting to see how the high-end enthusiast segment separates as the pro-grade mirrorless competition heats up.

So, all that said, what do you have up your sleeve, Canon?