The best photos from the 2018 Perseids meteor shower

Capturing a meteor shower takes serious photographic skill, but the results are worth the effort. 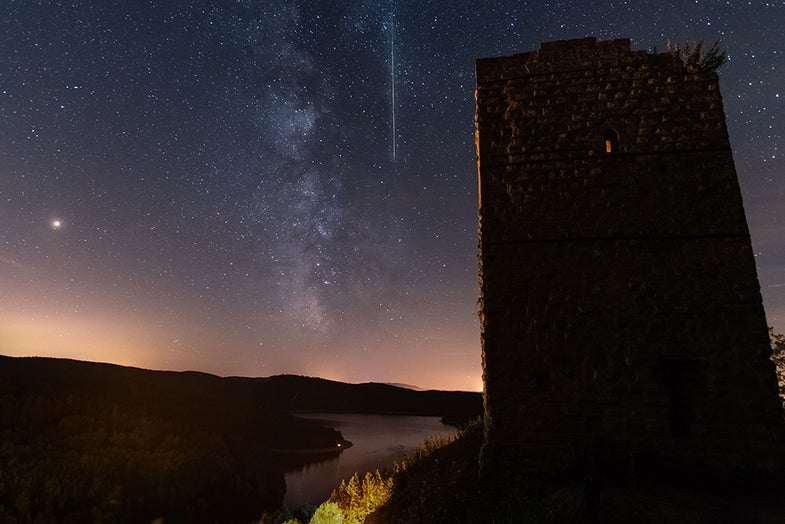 The annual Perseids meteor shower reached its peak over the weekend providing stargazers and astro photographers with a spectacular show. Thanks to the waxing crescent moon, dark skies created ideal conditions for meteor viewing and shooting.

During today’s early morning hours observers could see approximately 60-70 meteors per hour. Unlike the eclipse earlier this year, the spectacular show was visible on both sides of the equator. The dark skies made this year’s shower one of the brightest ever.

The star show will continue through August 24, although the number of visible shooting stars will diminish. You don’t need a telescope to see the showers, but you should try to head somewhere rural with minimal light pollution for ideal viewing and shooting conditions. The next large meteor shower is the Orionids, which is expected to peak on October 21.

Here are some of our favorite images captured over the weekend during this celestial event.