Or: the only recap you'll read today with no Game of Thrones spoilers 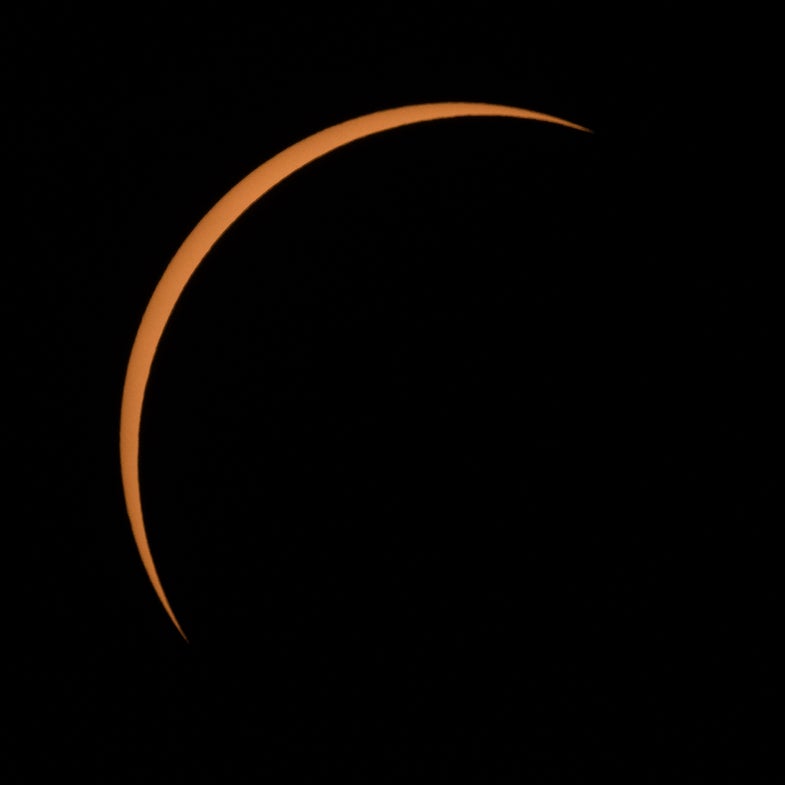 This was all entirely predictable, just like the 2024 eclipse that brushes northern New York will be predictable. People will stand in their yards like goobers and wear silly glasses and a few of them will peek a direct look just because they were told not to. It will be almost exactly the same view of exactly the same rock and exactly the same sun. The Moon will be about a dozen more centimeters away from us, but the difference in size won’t be noticeable. Neither will the difference in people’s photos, which will still be mediocre shots through darkened lenses and selfies where no one can really see the camera through their eclipse glasses.

But this is not a take down. Just because all of this unfolded exactly as we thought it would doesn’t make it any less amazing. And it’s not even the science that makes it incredible. Yes, NASA used the eclipse to study the Sun’s corona. Yes, some people flew along the path of totality to grab a few more minutes in the shadow. Yes, all of that is important work. But as we all turned our faces skyward, that’s not what it was about.

It was about seeing something bigger than ourselves. It was only a few hundred years ago that a total solar eclipse would have been mind-blowing, not just because it’s an amazing sight but because you literally would not have known what was going on. Plenty of Earth’s citizens at the time would have been going about their day when suddenly they looked up and noticed a crescent taken out of the Sun. No explanation, no warning—just BLAM. One day the Sun is going away. And then a few hours later it would have come back with just as little warning. And it almost certainly would have never happened to you again. Even though total eclipses happen about once every 18 months, they only happen in the same place again every few hundred years.

“Remember that day the sun went away for a few minutes?” you’d say to your friends. “Yeah, I wonder what that was all about,” they’d reply. And then you’d all have to get on with your lives because statistically you’d be impoverished and working the land for your food every day. You’d have no means to go look up what a solar eclipse is, and precious few people on Earth who could even answer that question. It’s so easy to be informed today that we’ve been complaining about all the eclipse stories. In the course of human history, we have rarely been so thoroughly informed about an impending event and maybe that got irritating after two agonizing months of coverage, but hey—isn’t it better than the alternative?

We bemoan how ignorant “everyone” is because we like to feel superior. The reality is that there has never been a time when we had so much access to knowledge. And yeah, the fact that you can Google “how to roast a chicken” might mean that those darn millennials don’t learn the basics of cooking anymore, but on the other hand we can watch a dozen videos on how to spatchcock it.

If knowledge is power, we’re the most powerful generation ever to walk the Earth. And yeah, the endless selfies with eclipse glasses will get old, but in those moments you should remember just how lucky you are to live in an age where you can see all of those selfies. They’re a package deal that comes with access to the biggest encyclopedia ever created: the internet.

So yeah, a big rock moved in front of a giant, flaming ball today. The point is: we all knew everything about it.