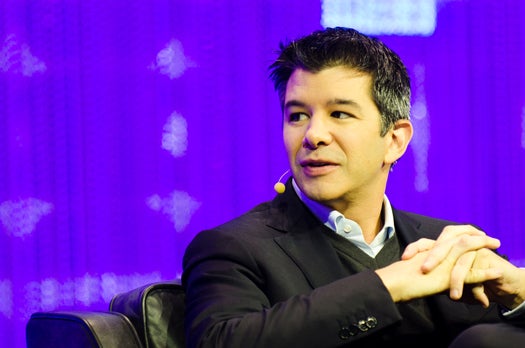 In April, San Francisco City Attorney Daniel Herrera brought a lawsuit against a handful of landlords on the grounds that they had illegally evicted tenants from their homes. They had invoked the Ellis Act, which permits evictions so long as the property is removed from the rental market. But the properties were not removed. Instead they were listed on short-term, peer-to-peer (P2P) rental sites like Airbnb, for significantly more money.

Usually, renters’ rights suits don’t make the news. But Herrera’s charge is just one of many legal and regulatory actions this year related to P2P companies, which allow for the direct exchange of money between individuals in return for goods and services. Critics argue that because P2P companies don’t fit established regulations, they typically operate outside them, which can hurt consumers. The verdicts will likely determine the fate of these companies.

Because P2P companies don’t fit established regulations, they typically operate outside them.

The stakes are high. After just six years in operation, Airbnb has served more than 15 million guests in nearly 200 countries. In April, it was valued at $10 billion, slightly more than Hyatt Hotels. Uber, a service that matches drivers with customers in need of a ride, started in 2010 and now reportedly grosses about $20 million a week. Lyft, another ride-sharing service, began in San Francisco in 2012 and has since expanded into more than 60 U.S. cities.

Advocates of the so-called sharing economy highlight this value, but critics argue that operating without regulation gives start-ups an unfair advantage over highly regulated incumbents. It also opens the door to misconduct. For example, the policies that govern taxi and limo services ensure drivers are well insured and cannot discriminate based on neighborhood, gender, race, or disability. Both Uber, the largest ride-sharing company, and Lyft have been accused of violating some of those protections.

The sharing economy’s overall lack of regulation attracts a lot of attention from city regulators, yielding a different set of problems. In March, Seattle’s City Council tried to cap the number of drivers Uber and Lyft could deploy at 150, effectively capping growth—deadly for a start-up. In St. Louis, a judge went a step further and ordered Lyft to shut down entirely. New York State’s attorney general has subpoenaed Airbnb, demanding large amounts of data on hosts (much of which is technically private) in order to dig up those who are renting out units for less than 30 days at a time.

Neither side is right, and they both put consumers at risk. When companies operate in the absence of regulations, the results are usually bad. But retrofitting traditional regulations onto companies with new business models risks killing those companies and the value they produce. San Francisco Mayor Ed Lee assembled the Sharing Economy Working Group, which will team up with these companies to address outdated and rigid regulations. That move is encouraging. When it comes to the sharing economy, collaboration, not confrontation, is the way forward.

This article originally appeared in the August 2014 issue of _Popular Science._