The accelerator will take pictures of nanotechnology too small to see otherwise. 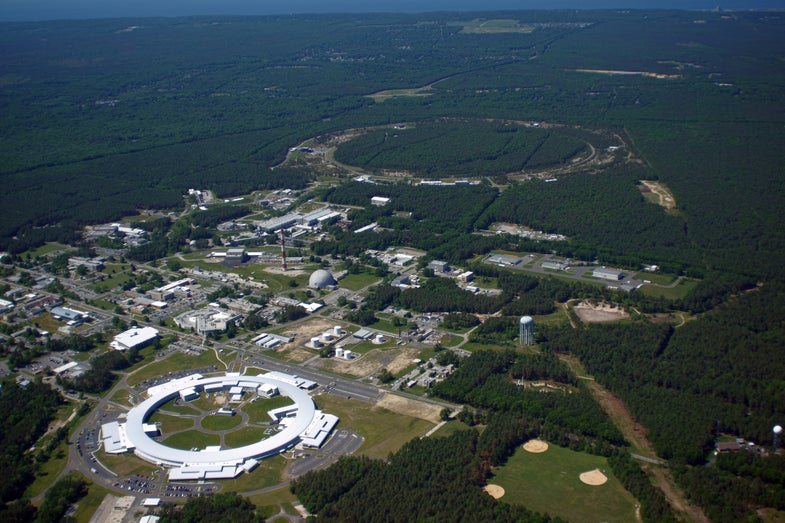 This aerial photo shows the white, circular National Synchrotron Light Source-II under construction in 2013. In the background is another circular accelerator, the Relativistic Heavy Ion Collider, which opened in 2000. RHIC is for studying conditions after the Big Bang. Brookhaven National Laboratory
SHARE

In the land of accents and Uggs, the U.S. Department of Energy is getting ready to open its newest particle accelerator. The National Synchrotron Light Source-II, located on New York’s Long Island, creates powerful X-rays and other kinds of electromagnetic radiation for nanotechnology studies.

A facility like this, which cost $912 million to build, is expected to work for decades and to host scientists from all over the world. Scientists will apply to use the synchrotron for a set amount of time and stay on the synchrotron campus to perform their experiments. The facility isn’t quite ready for applications yet, however. It’s undergoing some final tests. Engineers at the Brookhaven National Laboratory, which runs the synchrotron, expects it to perform its first experiments at the end of the year. The project seems to be on track with officials’ previous opening-day estimates.

Radiation from the synchrotron makes images of things that are too small to see otherwise. Because the Department of Energy funds the facility, you can expect scientists to use it to examine, at a nanometer level, materials that could go into next-generation fuel cells, superconductors, and other electronics. Synchrotrons often host non-energy-related experiments, too. Scientists can use them to image the structures of proteins and other biological molecules.

The facility works by spitting out packets of electrons, then accelerating them to nearly the speed of light in the synchrotron’s “booster ring.” Once the electrons are up to speed, they fly into the facility’s “storage ring,” where huge magnets guide them along a circular track. As they race around, the electrons emit X-rays. The synchrotron guides those X-rays into turnoffs off the track, which are called beamlines. Scientists place their samples inside beamlines specially set up to take pictures of the material they’re interested in. Brookhaven Lab is developing plans for 30 beamlines and expects to open about 60 beamlines eventually. 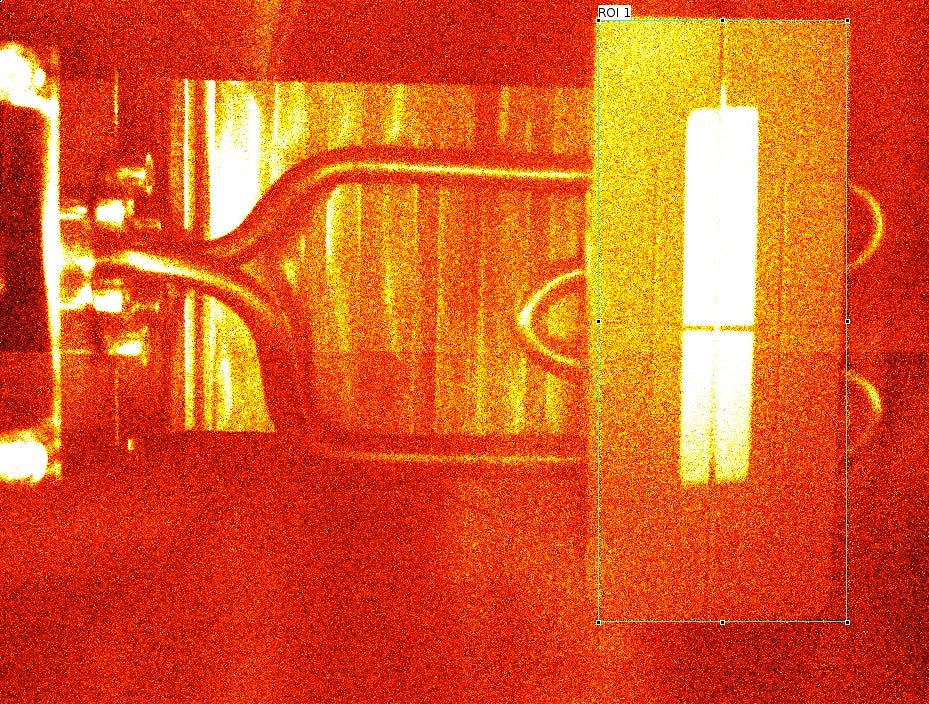 This image shows X-rays hitting a detector in a beamline Brookhaven tested October 23, 2014. The detector is the big orange rectangle on the right. The X-rays are hitting the detector in the white portion of the rectangle.

Late last month, the facility passed a milestone called “first light.” Engineers from Brookhaven sent some X-rays into a beamline for the first time. They had already tested accelerating electrons in the machine, but opening the shutter between the storage ring and a beamline—and getting a readout from the detector at the end—is another important readiness test.

Corrected November 4, 2014: This story previously said Brookhaven Lab plans eventually to open 30 beamlines. Actually, 30 beamlines are in the planning stages and about 60 are expected to open ultimately. Our thanks to Karen McNulty Walsh at Brookhaven for the correction.