It usually eats fruits and seeds, but it has been said to have a taste for blood. 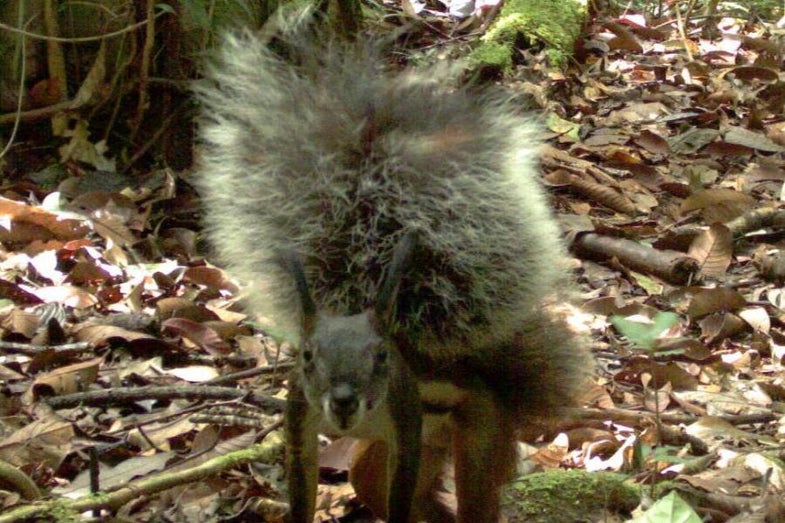 Behold the tufted ground squirrel, one of the strangest tree-dwelling rodents found on Earth. Native to Borneo, it is rarely seen–one camera trap study in a park on the island turned up only one of these squirrels, known scientifically as Rheithrosciurus macrotis. When they have been spotted, their large tail has stuck out.

More of the furry critters were photographed in a more recent study, published in Taprobanica. And the researchers made quite a discovery: The squirrel’s tail is 130 percent the mass of the rest of its body, giving this species the largest tail-to-body ratio of any known mammal. Its closest competitors in the “bushiest tail” category are ring-tailed cats, striped possums and squirrel gliders, though in each case these animals’ fluffy appendages are (merely) the same mass as their non-tail body.

But why would it be advantageous to have such a large tail? The researchers suspected it could be used to deter predators such as Sunda clouded leopards, by making the squirrels appear bigger, or making it harder for the big cats to get a good hold on the rodents. 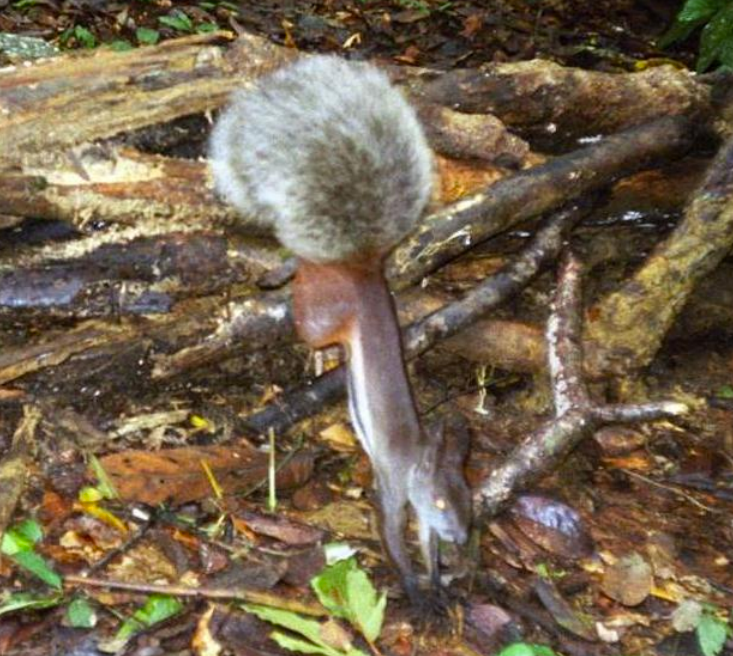 The squirrels are known to eat the seeds of Malva parviflora, also known as cheeseweed. This weedy plant, found in Africa and Asia and elsewhere, has anti-inflammatory and anti-oxidant properties. Perhaps that helps them grow such a bushy tail. (Pure speculation, of course.) More bizarrely, the squirrels are said to stalk deer and other larger animals. As local hunters told the researchers:

The researchers wrote that they would keep an open mind about these stories. After all, they added, “another seemingly unlikely hunter story from Borneo of deer of the genus Tragulus hiding underwater for long periods of time also turned out to be true.”