The Rise Of Overdose Deaths In Rural America 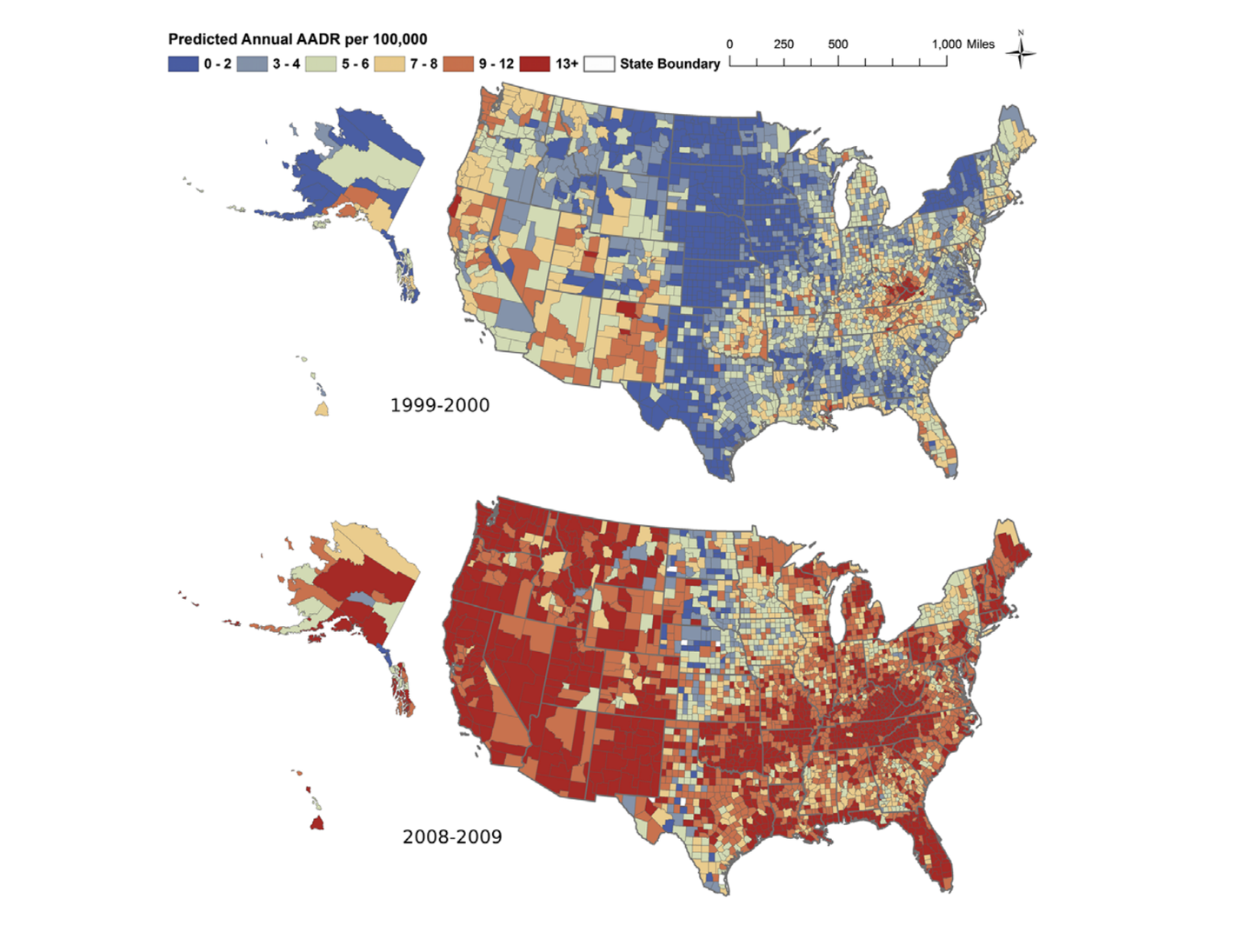 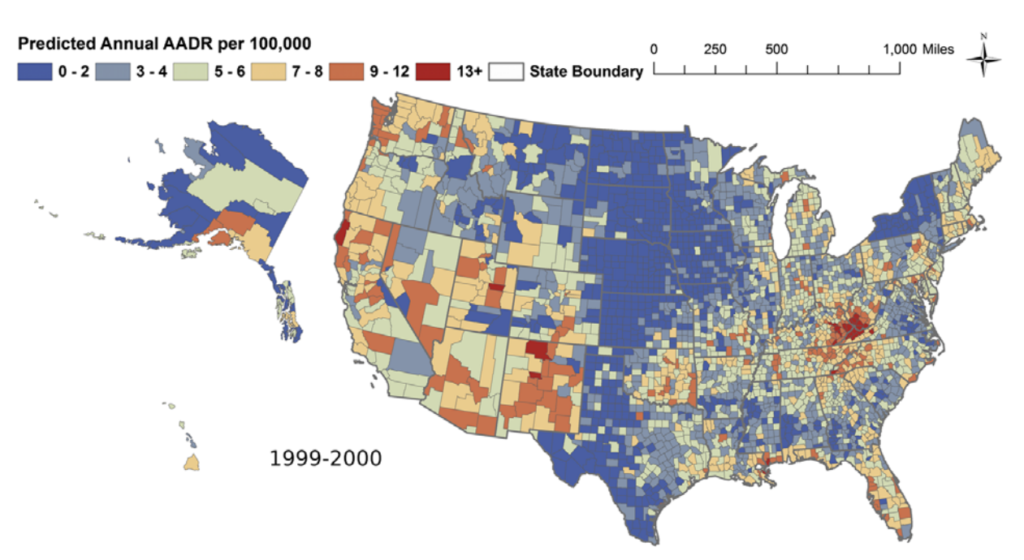 Over the past few decades, the rate of people dying by drug overdose in the U.S. has risen dramatically. Drug overdose has become one of the leading causes of injury deaths in America, mostly due to the abuse of opioid painkillers like Oxycontin, which are responsible for the majority of fatal drug overdoses.

According to a new study in the American Journal of Preventive Medicine, the rise in drug deaths hasn’t been evenly spread out across the country, but has gone up most dramatically in rural areas. The researchers, from the National Center for Health Statistics, used small-area estimation statistics to estimate age-adjusted death rates for drug poisoning for each county in the U.S. They found that death rates from drugs have gone up in all regions of the county in the last decade or so, according to the study, increasing by 300 percent for the entire U.S.

However, the increase has been most dramatic for rural populations, which according to the CDC have some of the highest rates of prescription drug abuse and overdose. Rural counties saw higher increases in age-adjusted death rates between 1999 and 2009. As you can see, the maps show about the same death rates for rural and urban populations in 2008-2009, but most rural areas started out with significantly lower drug deaths than urban areas back in 1999. The death rate in rural counties has increased 394 percent in those years, while metropolitan counties’ rates went up 297 percent. “[S]ince the [age-adjusted death rates] in rural areas were substantially lower in 1999 as compared to central cities, the percentage increase was larger for rural areas over time,” lead author Lauren Rossen explains. Figuring out geographic patterns to drug poisoning rates could help develop policies and programs to combat drug-related mortality, she said.