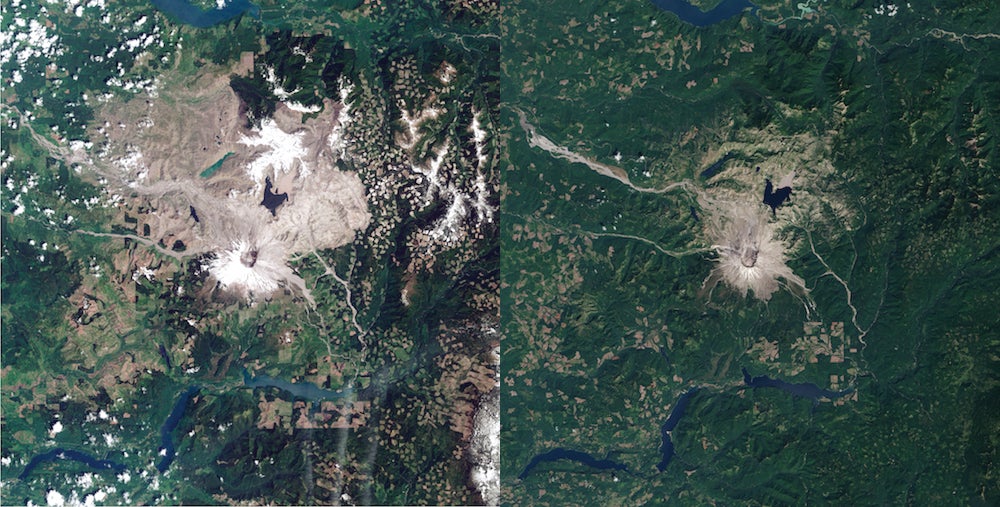 Mount St. Helens scorched and poisoned 230 square miles of forest when it erupted on May 18, 1980. Since that day, it’s served as a natural lab for scientists to see how an ecosystem regrows after such a disaster. This pair of satellite images shows how much greenery has returned to the mountain since 1984.

The images come from NASA’s Landsat satellites, whose data form the world’s longest-running collection of moderate-resolution, space-based imagery of the surface of the Earth. The more recent picture was taken this past August by the Landsat 8 satellite, which launched in February. The 1984 picture is from the now-retired Landsat 5.

For a time-lapse view of Mount St. Helens’ recovery, check out the video, below, that NASA made, showing yearly Landsat images from 1970 to 2011. The first few images show vegetation in red. New instruments in Landsat 5 allowed for true-color images from 1984 onward.