They just linger in a thick layer on the forest floor. 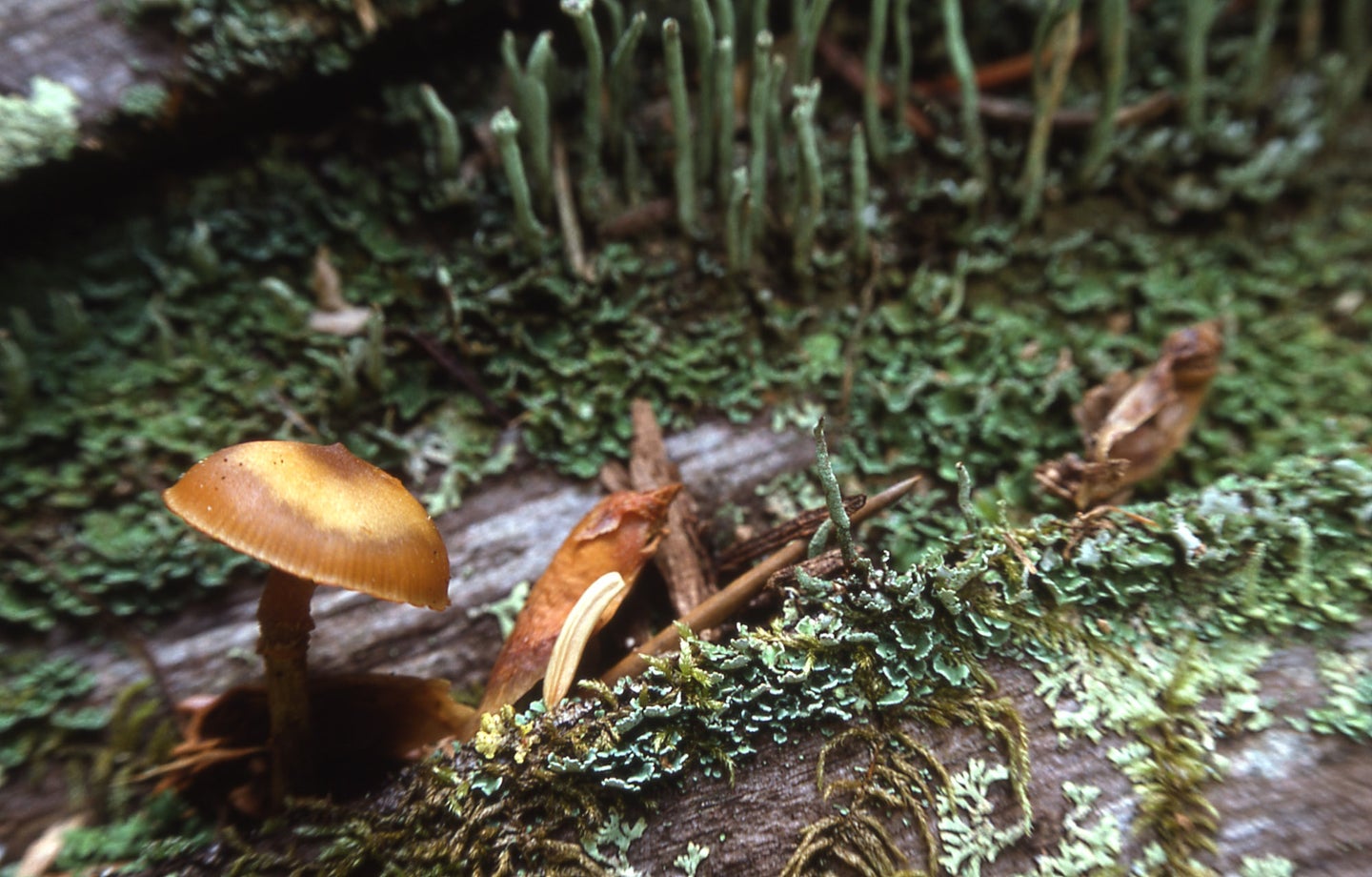 Strange to say, fallen logs, leaf litter and other forest debris doesn’t decay as quickly around Chernobyl’s most affected areas as it does elsewhere, Smithsonian reports. When scientists set out to study the phenomenon, they found that lingering radiation from the 1986 nuclear meltdown is stunting fungi and other microbes’ ability to break down leaves in parts of the land that’s most contaminated.

Smithsonian describes on the study’s results, published this month in the journal Oecologia:

One of the weird consequences of this? Leaf litter is two to three times thicker in Chernobyl’s most contaminated zones than it is in uncontaminated areas, the researchers found. Check out Smithsonian to learn about what this means for the health of the forest’s trees. For a look at how the wildlife of Chernobyl is doing overall, you’ve got [documentaries](http://www.bbc.co.uk/nature/14306752/), books (http://www.amazon.com/Wormwood-Forest-Natural-History-Chernobyl/dp/0309094305//), books, and any number of articles to choose from. This Wired feature from 2011 is interesting, focusing on a debate among scientists about how badly, exactly, the wildlife continues to suffer from radioactive isotopes in Chernobyl’s soil.