The death toll nearly doubled over the weekend. 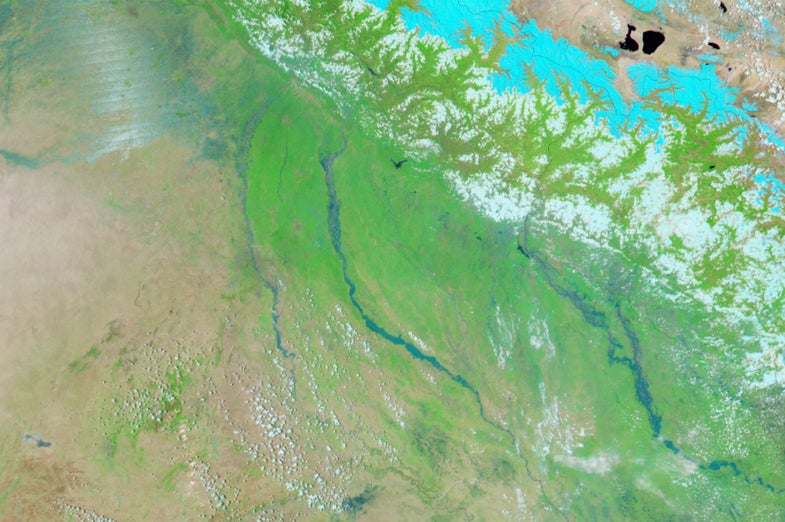 Torrential rains have caused devastating flooding and landslides in northern India and Nepal this month, as seen in these false-color satellite images from NASA’s Earth Observatory. As you can see here, the major rivers in the area have swollen far beyond their normal reach, and the ice in the Himalayas (the pale blue stretch on the right) has increased significantly.

Compare the image above, from June 21, with this photo taken before the flooding, on May 30: 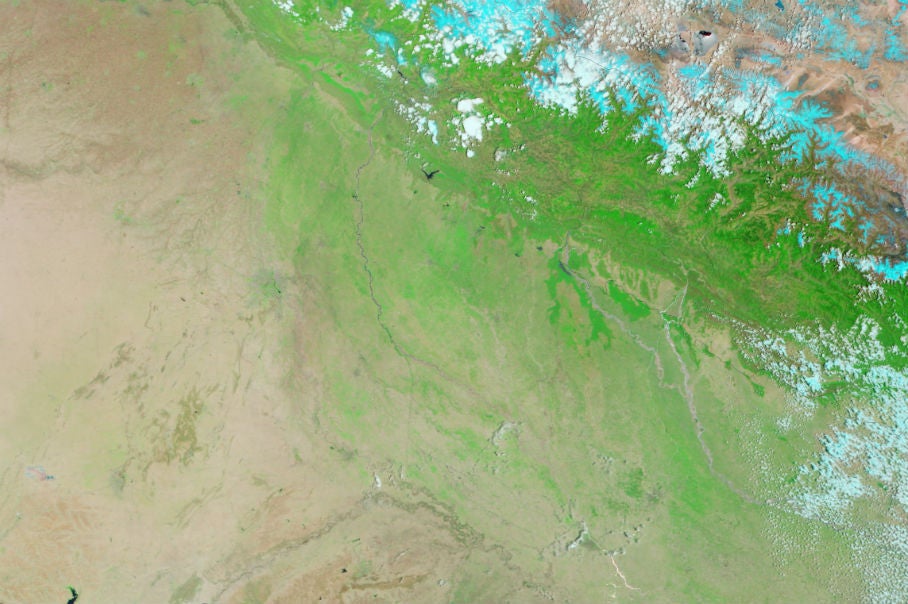 As of yesterday, more than 1,000 people were reported dead and thousands stranded or missing in remote areas in the northern Indian state of Uttarakhand. The Indian air force is still trying to evacuate survivors from the mountains, often in rugged terrain where helicopters can’t even land, but the effort has been stymied by continued bad weather. As many as 10,000 people are stranded in the area, many of whom were on pilgrimages to shrines when the monsoons hit unusually early in the year.

This post has been updated to reflect the fact that the main image was taken on June 21, not July 21. Thank you to commenter Wonder for pointing out the error.