Should Sexually Active Women Really Avoid Alcohol If They’re Not On Birth Control?

The CDC's controversial report caused a firestorm online; here's what the science says 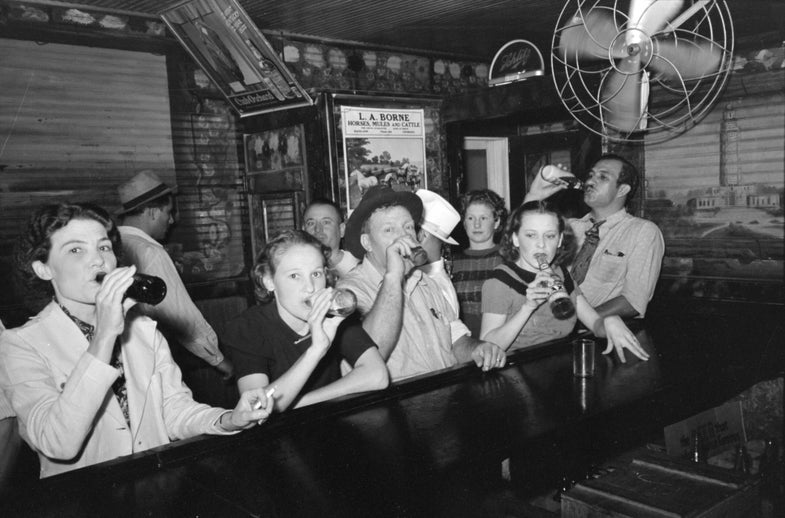 This week, the Centers for Disease Control and Prevention (CDC) issued a controversial report about pregnancy and alcohol use. “More than 3 million US women are at risk of exposing their developing baby to alcohol because they are drinking, having sex, and not using birth control to prevent pregnancy,” the CDC web site reads. And while their recommendations in part are directed to women who are trying to get pregnant, 75 percent of which reportedly continue to drink, it’s the implication for women who might accidentally get pregnant that is igniting fury online.

Whatever you might make of the CDC’s implied connection between young women’s drinking and sexual habits, the report is intended to raise awareness about fetal alcohol syndrome (FAS), a spectrum of disorders caused by exposure to alcohol at critical stages of a fetus’ development. But just how prevalent is FAS, and how likely is a fetus to get it if a mother has just one drink?

Those questions are surprisingly difficult to answer because FAS is so often confused with other disorders. Some children have physical signs such as flat cheeks, small eyes, and thin lips, but those often fade as the child grows up.

The most lasting effects include behavioral problems, issues with learning and memory, and difficulties with social interaction. But they can often be confused with other disorders like ADHD, PTSD, and bipolar disorder. In fact, according to a study published last year in the journal Pediatrics, about 85 percent of children with FAS were misdiagnosed. That means many of them were receiving improper treatments for their condition (there are some treatments available for FAS, including behavioral therapy).

That high rate of misdiagnosis makes it nearly impossible to estimate the true prevalence of FAS. But, recently, some researchers tried—in the school system of a small midwestern town, they found that anywhere from 2 to 5 percent of children had been affected by prenatal alcohol exposure.

Granted, that’s just one study. But the prevalence is much higher than people expected, says Ira Chasnoff, the president of a health-focused production company called NTI upstream and a professor of clinical pediatrics at the University of Illinois College of Medicine. “We don’t know true prevalence. But it’s significant,” he says.

If scientists understood the basic biology behind FAS, that would probably help them better estimate its prevalence and, presumably, inform public health officials to give mothers more specific guidelines about alcohol use during pregnancy. But because it’s highly unethical to dose human fetuses with alcohol at various stages of their development, it’s impossible to conduct the rigorous experiments necessary for that kind of certainty. So public health officials can only rely on animal studies and long-term observational studies (in humans), both of which have significant limitations.

Studies conducted in rats, mice, and dogs have shown that even small doses of alcohol can inhibit fetal development. But in spite of our similarities, those animals aren’t human, so those experiments can’t help researchers determine just how much alcohol, if any, is safe for developing human babies.

In observational studies, researchers track the long-term development of children whose mothers drank varying amounts of alcohol during pregnancy. But, as Chasnoff points out, one of the biggest issues is recall bias, when study participants inaccurately or incompletely remember something they did before the study began. It’s not possible to be sure of just how much mothers drank during pregnancy if they’re talking about it years after the fact.

There are also a number of confounding factors with these types of studies, so researchers can never be sure that a mother’s heavy drinking during pregnancy caused her child to have a lower IQ later in life, even if there’s a clear association between the two. “The women most likely to drink during pregnancy are middle-class white women,” Chasnoff says. “All the studies show that social class and education of the parents are some of the most important factors in the long-term development and IQ of child.” These observational studies create an inextricable knot between nature and nurture, so they can’t help researchers figure out the true mechanism for a particular outcome.

Chasnoff prefers to be on the conservative side when it comes to FAS, so he’s inclined to believe the animal studies and to recommend that pregnant women (or prospective ones) don’t drink at all. In the first 20 days of pregnancy, women often don’t yet know they’re pregnant, and they’re especially important for a fetus’ development, he says. And considering the fact that more than half of pregnancies are unplanned, why take the risk?

“The public health message is if you’re having [unprotected] sex, don’t drink,” he says. “Now the CDC is saying that in a more politically correct way.”

For many young women who drink socially, that’s not what we want to hear. While some doctors might tell you a drink or two during pregnancy won’t hurt the baby, even if it’s before you know you were pregnant, public health experts tend to err on the side of caution. In the end, everyone recognizes that women will make their own choices about drinking, sex, and pregnancy. But most people agree that it’s a good idea to find ways to reduce the likelihood that a baby will develop FAS, whether that means taking birth control or not drinking when you’re trying to get pregnant.