Soon, Everything Will Be A Charger

Wireless charging is taking over the world 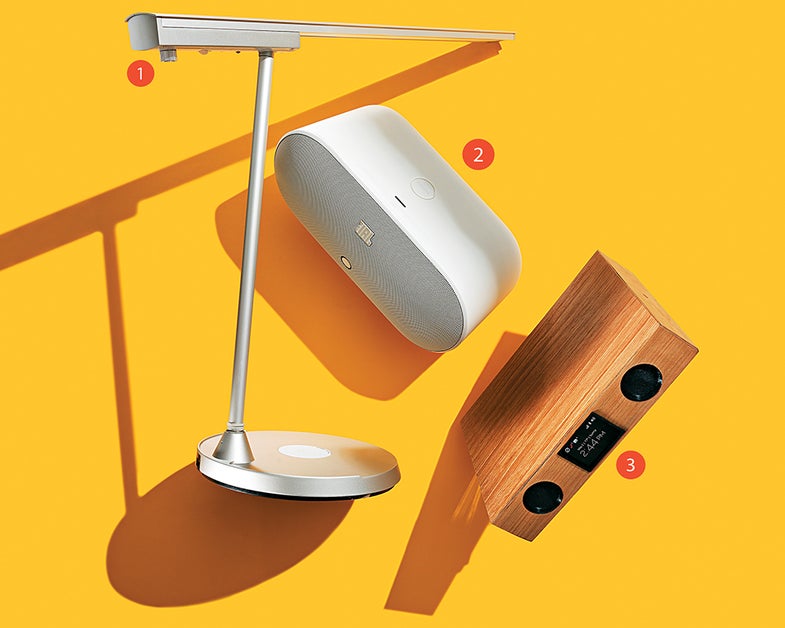 The number of connected devices will exceed the world’s population—more than seven billion—by the end of this year, according to recent Cisco research. But even though they make our lives easier, gadgets come with something pretty unattractive: an ever-growing tangle of chargers. Wireless charging was supposed to fix that, and soon it actually will.

It’s been about five years since companies first adapted wireless charging to work with mobile devices, but obstacles, including a long-standing war over transmission standards, have continued to hold the system back from wider adoption. One of the biggest ongoing issues is integration. Wireless chargers are still, well, chargers; they just replace a plug with a pad. Not to mention, only a handful of phones—including the Nokia Lumia 720 and the Google Nexus 5—come pre-equipped to receive power wirelessly.

Last year, Powermat began to move things in the right direction. They launched a pilot program to embed charging surfaces in tables and countertops in commercial spaces, such as Starbucks and Madison Square Garden. The next step is to bring that same level of integration into the home. Manufacturers have started to include charging pads in lamps, clocks, and even car consoles; in other words, things that are plugged in to begin with. So as companies continue to make our army of devices compatible with wireless charging, powering them up will become as attractive as the gadgets themselves.