All Donated U.S. Blood Should Be Tested For Zika, FDA Advises

Not just in Zika hot spots 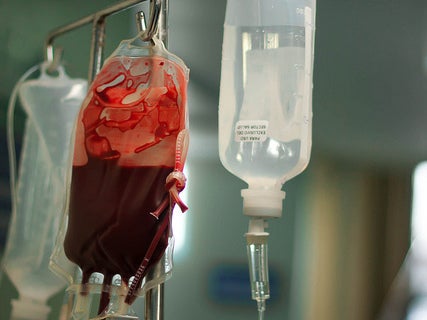 All donated blood in the U.S. and its territories should be tested for Zika virus, according to a new guidance announced by the Food and Drug Administration (FDA).

“There is still much uncertainty regarding the nature and extent of Zika virus transmission,” said Peter Marks, M.D., Ph.D., director of the FDA’s Center for Biologics Evaluation and Research. “At this time, the recommendation for testing the entire blood supply will help ensure that safe blood is available for all individuals who might need transfusion.”

The advisory comes as Florida faces an expanding Zika outbreak, with 43 cases currently reported in Miami-Dade and Palm Beach counties. Also, an approaching tropical storm could complicate efforts to control the outbreak.

“In the short term, a tropical storm is a positive because the winds blow the mosquitoes away,” Joe Conlon, technical advisor of the American Mosquito Control Association, told Popular Science. “But any debris left laying around afterwards will provide the perfect breeding places for Aedes aegypti [the mosquito species responsible for spreading Zika].”

Though primarily transmitted by mosquito bites, the Zika virus can also be passed via sexual contact and probably also through blood transfusions.

The FDA’s previous guidance, issued in Febuary, recommended screening only in Zika hotspots. According to the announcement, the new guidelines are based on successful blood testing efforts already underway in Florida and Puerto Rico, as well as consultation with public health agencies, and consideration of scientific evidence. The expanded testing will remain in effect until the risk of acquiring Zika through blood transfusion is reduced.