The Threat Down Under: The Rise of Zika Virus

Back in 1947, in the wilds of the Zika Forest of Uganda, an international team of researchers were on a... 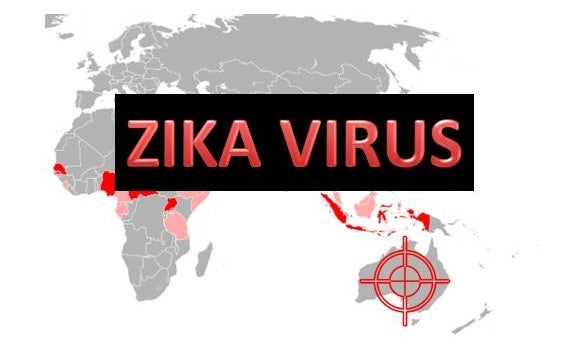 Back in 1947, in the wilds of the Zika Forest of Uganda, an international team of researchers were on a virus hunt. They were looking for mosquitoes with the capability of harboring a variety of pathogens including the well-known yellow fever and dengue viruses as well as other novel viruses which could pose a threat. They were not disappointed.

Amid the variety of isolations, one in particular appeared to be unlike anything else. The virus was transmitted by the mosquito, Aedes africanus, and had the ability to cause infection in rhesus monkeys. Further analysis of human blood revealed the presence of antibodies – a sure sign of prior exposure and most likely infection. This was surely a new agent of disease. The team called it the Zika virus and hoped to learn more over the years to come.

By 1964, the effects on humans were elucidated. As expected, the virus appeared to have a similar course as other mosquito-borne viruses. The individual would start off with a headache and malaise. Within a few days, a rash would develop on the skin accompanied by a slight fever. But unlike other viruses, which could cause severe muscle and joint pain or meningitis, this was all Zika could offer. By the fourth day, the virus had run its course and patients recovered. On the grand scale of deadly viruses, this was a lamb, not a lion.

Over the years, Zika research revealed some interesting although not harrowing information on the virus and its transmission. The agent was a member of the flaviviruses, which include dengue, yellow fever and Japanese encephalitis. As with these viruses, transmission to humans happens through a mosquito vector. Although original studies suggested the pathogen was limited to the Ae. africanus mosquito, other vectors followed including Ae. Aegypti, known for transmitting the more deadly dengue and yellow fever viruses, as well as the now troublesome Chikungunya virus.

The list of clinical manifestations also grew to include conjunctivitis, abdominal pain, diarrhea and in some cases, arthritis. Yet, there was no sign there was any threat of death. To be sure, officials started to search for signs of infection across the globe. Testing for antibodies found evidence of infection in several African countries, as well as India, and South East Asia. The results suggested monitoring was most likely not necessary.

Then, in 2007, on Yap Island in Micronesia, Zika surfaced. It was completely unexpected and took the public health world by surprise. This was not only the first time the virus had been seen off mainland Africa and Asia but also suggested the virus was migrating south. For those of us in North America, there was little worry but for the people of Australia, this was yet another looming concern.

Last week, a team of Australian researchers discovered the inevitable may have happened. A 65 year old woman from Queensland, which has a high population of mosquitoes capable of carrying the virus, presented with symptoms of Zika infection. Though she had traveled to the Cook Islands, there was no way to know off hand whether this was travel-related or if the virus had finally made it onshore.

The options to uncover the source of infection were limited. The team could use both serology and genetic analysis to confirm Zika but only the latter could offer details on where the virus originated. Thankfully, the woman presented while still infected and so the team was able to isolate the virus. After genetic material isolation, amplification and sequencing, the team could compare this strain to others.

The news was a partial relief: the virus was not a new strain in Australia. The sequence closely resembled ones from Cambodia and Yap Island. Yet, this was still a strain which could enter the mosquito population and begin spreading without control. For the authors, this was a little worrisome.

The woman in this case was elderly and most likely willing to see medical professionals. She also met with doctors while still infected. Had this been a younger individual with fewer propensities to seek professional help when sick, the outcome may have been very different. Worse, in the latter situation, the virus might not only enter undetected, but as in the case of Yap Islands, only be discovered with the onset of a large outbreak.

Because Zika is not a deadly virus, people may wonder whether the virus should be paid any attention. At the moment, there seems to be no reason for concern. Yet, as with all pathogens, evolution happens and we can never be sure of the results. Based on an analysis of virus evolution over the years, there are known adaptations allowing for the virus to increase its scope of mosquito vectors.

Should spread continue, there is a chance this virus could find its way into North America. While this may be years away – or never – the risk is apparent. We have the mosquitoes to harbor the virus and travel is a fixed part of our culture; it may only be a matter of time. If so, Zika will become another pathogen to avoid and provide us with yet another reason to hate mosquitoes.