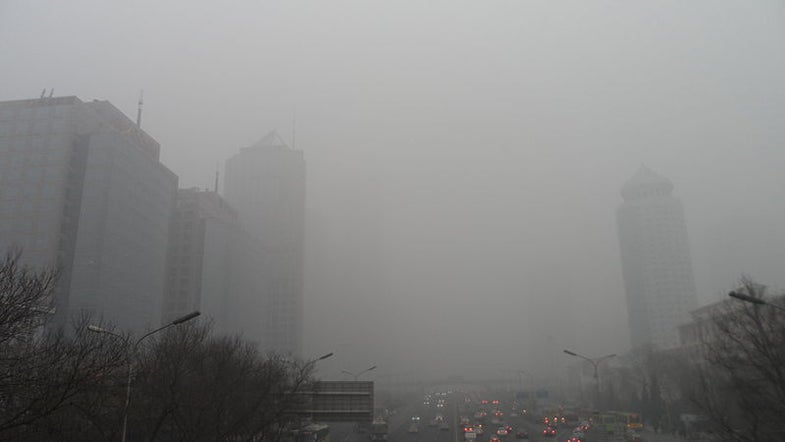 China has some of the worst air pollution in the world, and the smog-choked capital, Beijing, has become its poster child. Breathing its air, according to a study released last year by U.S.-based nonprofit Berkeley Earth, can be as unhealthy as smoking 30 cigarettes a day. Worse: Because air quality fluctuates so wildly (depending on industrial activity, traffic, and weather), it’s difficult to give residents ample warning to protect themselves.

That’s changing, thanks to artificial intelligence and the Internet of Things. Under a new initiative called Green Horizons, IBM has been collecting data from pollution sensors spread across the capital city, and crunching that data with cognitive computing (aka artificial intelligence) and predictive analytics. The resulting complex modeling system sees patterns where we humans saw only chaos.

Since launching the initiative in 2014, IBM has been able to generate high-resolution 1-by-1-kilometer pollution forecasts 72 hours in advance, giving citizens more warning and planning time.

But most important, it’s pinpointing those responsible for the problem (traffic and factory output), and advising the government on how to reach its goal of reducing smog-generating particulate matter in the capital by 25 percent by next year. IBM is now rolling out the initiative in other heavily polluted cities, including Johannesburg and New Delhi. It might not look as impressive as Watson beating humans at Jeopardy!, but who wouldn’t take clean air for 500, Alex?