Sometimes a barrier island doesn't live up to its name. 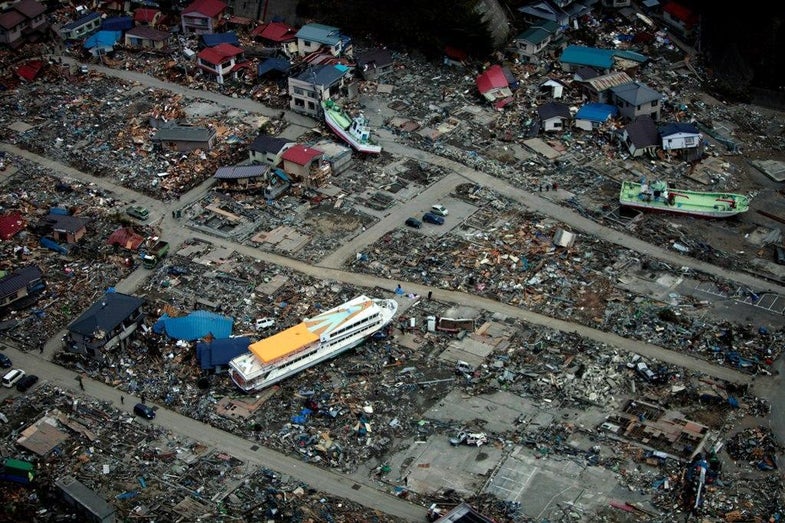 Barrier islands can be good protection for the mainland in the face of strong storms and hurricanes. But in the event of a tsunami, small barrier islands may actually do more harm than good.

In a new study published in the Proceedings of the Royal Society A, scientists found that when a tsunami approaches a coastline protected by a small barrier island, the wave can be amplified, increasing flooding by as much as 70 percent compared to a similar coastline not buffered by the same kind of island.

“Our study shows that some areas that were supposed to be at low risk are at higher risk than anticipated,” study co-author Frederic Dias told LiveScience.

Because there is little warning before a tsunami strikes, it’s difficult for scientists to study them in action. In order to gather data about how tsunamis would behave around an island, the scientists used both data collected from previous tsunamis and computer simulations. They found that when a tsunami approaches a small island (smaller than six miles long) the island can amplify the wave.

A tsunami is usually caused when a geologic event like an earthquake, landslide or volcanic eruption displaces large amounts of seawater, sending waves across the ocean basin. While the wave isn’t usually large in deep water, but when it encounters shallower water along a coastline, the buildup of water can create the huge wave iconic of a tsunami, flooding coastlines.

When a small island is in the path of a tsunami, the wave can be disrupted, bending around the island. When the wave reconnects on the other side of the island, it can become amplified, creating larger waves (and more flooding) on the mainland.

The researchers emphasize that it’s the small barrier islands that experience this effect. Larger, more substantial islands can afford the mainland some protection. But this study shows that just because there’s a protective-looking island offshore doesn’t mean that your community is safe, as some communities are realizing.

“This is where many fishing villages are located, behind offshore islands, in the belief that they will be protected from wind waves,” co-author Costas Synolakis said in a press release. Hopefully, the study can help those communities prepare for the worst-case disaster.