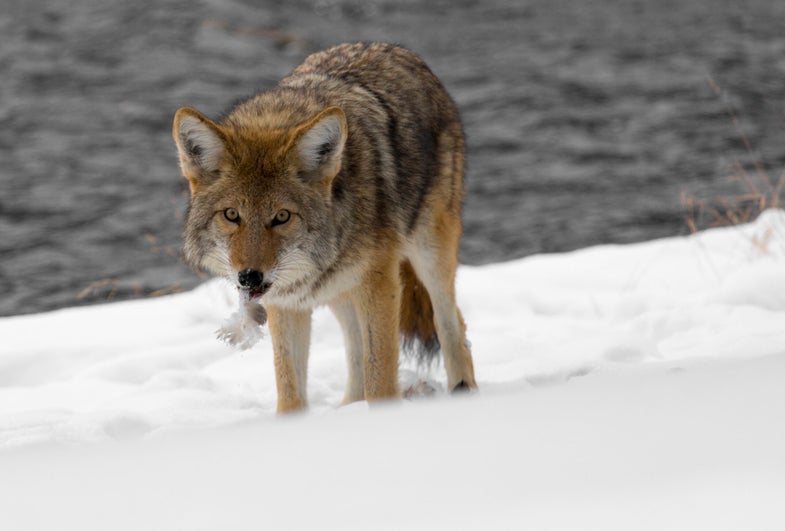 In a 4-1 vote on Wednesday, California’s Fish and Game Commission voted to ban the practice of coyote hunting contests in the state. The competitions awarded prizes to hunters that brought in the most coyotes over a set period of time.

The Associated Press quoted Michael Sutton, president of the commission, as saying, “Awarding prizes for wildlife killing contests is both unethical and inconsistent with our modern understanding of natural systems.”

The ban doesn’t prevent coyote hunting, just hunting predators like coyotes for prizes. Coyotes are considered a nuisance by people who live near large coyote populations. Ranchers particularly dislike the animals, as they have been known to kill livestock. Ranchers lost over $4 million in livestock because of predators in 2010, according to the AP.

Coyote hunting contests have come under fire in the past. Earlier this year, organizers of the Big Valley Coyote Drive in Northern California decided to keep the location of their hunt quiet to prevent dissenters from finding out about it. Opposition to the contests came from groups like Project Coyote, a non-profit organization which advocates for the end of wildlife killing contests.

Some supporters of the ban were particularly vocal because of concerns for an entirely different canine. In 2011, a gray wolf named OR-7 entered Northern California from Oregon, making him the first confirmed wolf to enter California in nearly a century. Gray wolves disappeared from California in the 1920s due to overhunting, and while the state is not intentionally reintroducing gray wolves, they are protected as an endangered species. Proponents of the ban feared that OR-7 could become a target for hunters of coyotes, and many wanted to avoid a tragic situation like the one that occurred in 2012, when another famous gray wolf was legally shot after it wandered beyond the protected boundaries of Yellowstone.

Organizations like the Humane Society maintain that killing coyotes is counterproductive, as they tend to reproduce quickly, especially when their populations come under pressure.

Nonetheless, coyote hunting contests are still being organized and held in other states.