Bogus science and health claims are rampant--and these self-styled vigilantes are after the perps. 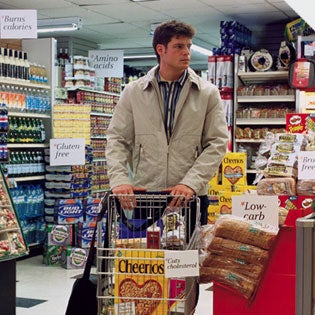 At the turn of the 20th century, corrupt entrepreneurs roamed the country in covered wagons, peddling “cure-all” tonics that were little more than alcohol and crushed leaves. The public drank it up, literally and figuratively, and many of these traveling leeches enjoyed millionaire status back when that was still a meaningful designation. We may think we live in a more enlightened age, but two scientists who often forgo their day jobs to chase frauds say snake-oil salesmen posing as science or health experts are as prevalent as ever. Having dropped the promotional-circus-on-wheels act, they just blend in a lot better these days.

Robert Park would know–he is to today’s science con artists as Tinactin is to athlete’s foot. He works primarily as a physicist at the University of Maryland, but during his decades-long stint as the American Physical Society’s Director of Public Information, he has also built up a formidable reputation as debunker par excellence. His weekly online newsletter, “What’s New,” is a whistle-blowing rag that takes institutions, researchers, and journalists to task for infractions ranging from exaggeration of experimental results to promotion of pie-in-the-sky panaceas. The high-profile organizations he has thoroughly embarrassed include NASA, Congress, and the National Institutes of Health. NASA, for instance, sank millions into developing a “gravity shield” for launching spacecraft based on Russian scientist Eugene Podkletnov’s claim that a rotating superconducting disk reduces the weight of objects placed above it. As Park puts it, either Podkletnov is mistaken, or the First Law of Thermodynamics is wrong. “In every large organization, there are pockets of craziness going on,” he says. Though physics is his area of expertise, the vast and varied world of alternative medicine–now a NIH-sanctioned endeavor–is equally subject to his scornful eye. “If I put these therapies on a spectrum, they would range from totally preposterous to barely plausible.”

Like Park, Stephen Barrett finds the thrill of chasing science frauds so enticing that it has lured him away from his original career. Formerly a practicing psychiatrist in Pennsylvania, he now devotes most of his time to operating quackwatch.org, a portal he designed to arm consumers with the info they need to sniff out science and health scam artists. He has a special contempt for homeopathic health therapies, the vast majority of which he regards as hogwash because they have not been scientifically proven. He has often targeted alternative health practitioners who attempt to publish fudged studies in scientific journals. “It’s like shooting buckshot at a piece of paper and drawing a target afterwards,” he says. “They pick one data point that stands out and say that’s significant.” As a longtime quack-watcher, Barrett has learned that people fall for inflated claims for all kinds of reasons. “Some people just aren’t suspicious enough to begin with, and others tend to lose perspective when they’re desperate.”

So what can those of us without in-depth science knowledge do to avoid getting suckered by too-good-to-be-true claims? Unless it has been confirmed in an independent review process by other scientists, say Park and Barrett, no one should take a finding seriously. Testimonies that a product or process appears effective despite a lack of underlying scientific explanation just aren’t good enough. “I hear a lot of people say, ‘If it works, it works,'” Park says. “But in the end, you can’t find your way around New York City with a map of San Francisco.”