DNA and a New Kind of Racial Profiling

Police sketches from eyewitness accounts are notoriously unreliable. The question is, Will "DNA sketches" be any better? 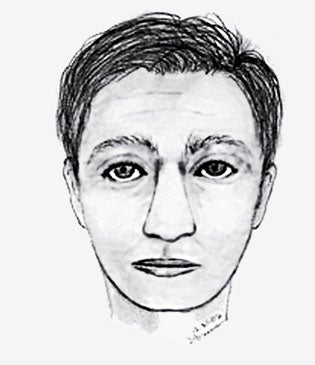 DECEMBER 2002: Serial-murder investigators initially seek a white man. MAY 2003: The man charged is black, confirming what DNA evidence had suggested.

Nothing in American police work is more controversial than racial profiling. Minorities are targeted for small offenses in the hope of uncovering bigger crimes, and the practice has generated successful lawsuits by the ACLU and pledges from state governments and law enforcement agencies to clean up their discriminatory acts.

Add to this charged atmosphere the prospect of a DNA-race angle. By now most Americans know that when criminals leave traces of themselves–blood, semen, hair, a scrape of skin under a victim’s fingernails–at crime scenes, they leave a unique genetic fingerprint that can establish their presence at the scene with great certainty. Less known but more controversial is that DNA traces also leave clues about ancestry and appearance, clues that, as genetic science matures, might be used to generate a sort of police sketch.

Racial differences constitute small notes within the great opus of the human genetic code, but the very fact that genetic markers linked to ethnic origin are, in a sense, cosmetic–that is, they affect outward appearance–makes them potentially useful in the hunt for criminals. Is a suspect of fair Celtic stock or of darker African origin? His or her DNA may tell. Such information could prove far more useful to street-pounding cops than notoriously unreliable eyewitness reports. But unless the science proves reliable, there is risk here: The use of DNA markers could confer authority on police searches–isn’t genetic information more reliable than even fingerprints?–that, in the area of racial markers and appearance, it may not deserve.

Until recently, genetic markers have not been used in manhunts, but that changed earlier this year when a private gene lab concluded that an unknown serial killer was a medium-to-dark-skinned black, not the white man that police had been focused on. The lab, it turned out, was correct, and although its conclusion did not directly lead to the arrest of the suspect, it advanced the case for supporters of the DNA sketch idea.

In 1997, when members of the national DNA Advisory Board officially selected the gene markers for DNA evidence matching, they could have included a few markers associated with ancestral geographic origins (European, East Asian, sub-Saharan African)–which are a good indication of race and ethnicity. “We deliberately chose not to do so,” says Ranajit Chakraborty, director of the University of Cincinnati’s Center for Genome Information. Chakraborty says the board skirted the racial-marker issue in part because of the political minefield it represented. Thus today’s standard American DNA fingerprint, with its battery of 15 gene markers (two were recently added to the standard 13), is a sort of bar code identifier that is fine for matching two DNA samples but offers no hints about the human package from which a crime-scene DNA sample is derived.

Not that DNA hasn’t already been quietly used for ethnic identification. Following the 9/11 terrorist attacks, Chakraborty acceded to the request of a family whose son had been a passenger on United Flight 93 (the thwarted terrorist mission brought down in Pennsylvania). “We had a specimen that consisted of at least two individuals’ remains, one of which was their son’s,” he explains. “The family was reluctant to bury it with his other body parts if it contained any remains that might belong to a hijacker.” Chakraborty determined, with 95 percent certainty, that the unidentified tissue did not belong to anyone of Middle Eastern ancestry.

“We may not be able to tell German from French,” says Chakraborty, “but we can place individuals in major continental groups.” In turn, within each of these groups, certain types of hair texture, eye and skin color, and other facial features predominate. Such information could prove useful in an investigation, admits Chakraborty. “But (it) should not be interpreted that you can say with 100 percent accuracy that a person will have, say, brown eyes.”

Because geneticists have largely kept mum about ethnic markers, it proved something of a shock when DNAPrint Genomics concluded last March that a Louisiana serial killer’s “biogeographical ancestry” was 85 percent sub-Saharan African and 15 percent Native American. At the time, the police were on an altogether different track: They had been seeking a white man who had been seen lurking in the neighborhood of one of the crime scenes.

“Basically, the phone line went
silent,” says Tony Frudakis, research director at DNAPrint, describing the conference call in which he revealed the lab’s results to police investigators. They were dubious, Frudakis says, and asked to see DNAPrint’s analyses of 20 other DNA samples of known individuals they’d sent along with the killer’s sample to test the lab’s reliability. “We got them all right,” Frudakis says.

The investigators were convinced enough to expand their search to include African-Americans, then had a break in the case due to an unrelated incident. Derrick Todd Lee, called in for questioning about two unrelated killings, voluntarily gave a DNA sample, which police say matched DNA from the serial murders. Arrested on May 27 and now awaiting trial, Lee is African-American.

A basic ancestry profile may be just the beginning for the DNA-based police sketch, boosters say. “To be honest, most of us are mongrels,” says Frudakis. “We reside somewhere along a continuum rather than as members of physically distinct groups.” He says DNAPrint is developing genomic tests to detect more specific physical traits, and it hopes to have the first such test–Retinome, for eye color–ready for market by the end of 2003. “After that, give us another year for hair color,” he says. The latter is a particularly bold boast, since not much is known about hair color markers beyond one associated with red hair.

DNAPrint is not the first to claim progress toward a gene-based police sketch. In the late 1990s, Britain’s Forensic Science Service trumpeted the development of something called a DNA photofit. Emboldened by the identification of the gene marker for the “Celtic look” (fair skin and red hair), it poured money into an ambitious project at University College London. Scientists scanned the faces of hundreds of volunteers in an attempt to correlate digitized facial geometry with genetic markers.

The approach made intuitive sense, and it would have closely paralleled the anthropometric tricks used by police sketch artists, who build their drawings around a witness’s best recollections of certain landmark geometries, such
as nose height and width, eye shape and the distance across the broadest part of the face.

The Forensic Science Service had faith that the University College team could deliver in a couple of years, says team member Alf Linney, a medical imaging expert at University College London. But the connection between genes and facial appearance proved too complex for the London scientists, and the project was suspended in 2000.

“We may never be able to fully reconstruct a suspect’s face from genes alone,” says Mark Benecke, one of
Germany’s most respected forensic biologists. “Genes coordinate the whole thing, but events during development and illnesses or malnutrition during childhood greatly influence facial
symmetry.” As every high school biology student learns, genotype plus environment equals phenotype–the physical expression of our genes. All of which Frudakis concedes. Still, he argues that the sophistication of new “high-throughput” computer analysis of genetic information greatly expands the layers of genetic clues that can go into a DNA-based best guess about a person’s physical appearance.

“We’re using neural networks and sophisticated pattern detection methodology to systematically determine genetic sequences over the whole genome for thousands of people,” Frudakis says. “So when we’re searching for genes associated with hair color, in essence we’re doing a grid search. It’s
a treasure hunt in which we systematically determine, OK, the treasure isn’t here, let’s search the next grid.” This contrasts, he says, with gene searches of just a few years ago, which were much more hit-and-miss.

Critics fear that the DNA sketch concept opens the door to biased, unscientific racial profiling based on unproven gene markers for behavior, including criminal behavior. “The temptation will be to run DNA data through computers to conclude, for example, that you can identify markers for, say, sexual offenders,” warns sociologist Troy Duster, author of Backdoor to Eugenics and a consultant to the National Human Genome Research Institute. Imagine such a data crunch based on the DNA of convicted criminals, given the preponderance of black and Hispanic men in American prisons. “It would be like going to the NFL and concluding that the DNA marker for sickle-cell anemia (associated with African ancestry) makes you a good football player.”

Despite such objections, forensic biologists like Benecke predict that the accuracy of DNA-based descriptions will edge past that of eyewitness accounts within 15 years, barring legal roadblocks. Germany currently outlaws the disclosure of DNA-gleaned information, except in medical situations with a patient’s consent. “Technically, we’re not even supposed to notice if there’s a Y (male) chromosome,” says Benecke. “But how can it be an invasion of privacy if we’re only looking at things that can be seen from the outside?”

Unencumbered by such privacy laws, U.S. forensic labs already have nearly everything they need to develop their own “genetic witnesses.” Given the time and money, they will continue with the genomic sifting and sorting. Frudakis makes this bold prediction: “A few years from now, we’re going to have figured out so many traits that a criminal might as well leave his driver’s license at the scene
of the crime.”