Drug Cartels Raise the Game for the Mule Trackers 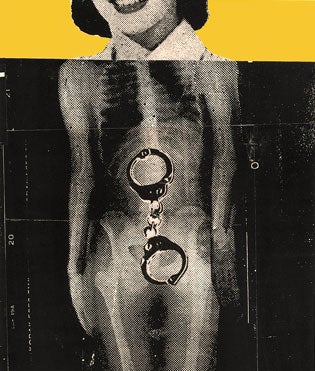 Special agent Chris Trojan pulls into the parking lot of a convenience store in Ozone Park, Queens, and spots a half dozen colleagues lingering out front, exchanging morning banter and finishing second cups and cigarettes. The previous afternoon, at the Drug Enforcement Administration’s New York offices in Manhattan, Trojan’s unit had looked at the week’s open schedule and decided to start this day trolling the neighborhoods around John F. Kennedy International Airport for a particular class of arriving travelers.

Trojan–his short hair wet and spiky, his ruddy face freshly shaved–falls in with the crowd long enough to trade the expected verbal abuse and extract his partner for the day. In such a cluster, the officers’ street clothes present a rather homogeneous look of faded blue jeans topped by dark Windbreakers or leather jackets. When they have dispersed across the local neighborhoods, these undercover uniforms will blend in with the sidewalk traffic to all but the keenest drug dealers and street runners. Today, Trojan’s unit is looking for less experienced quarry.

They are hunting for “swallowers,” drug couriers who rent out their bodies as cargo containers, each carrying upwards of a kilo, or 2.2 pounds, of packaged narcotics. It’s an old trick, body packing, but on the rise, and getting more sophisticated. Increased airport security has caused some drug cartels to shift a majority of their small shipments out of carry-on baggage and into the less easily searched internal compartments of the “mule.”

Trojan and his partner walk toward Rockaway Boulevard, where they begin conducting the kind of ad hoc street interviews–“Excuse me, sir, may we talk with you for a minute?”–that occasionally lead to the arrest of heroin smugglers arriving from Central or South America, on their way to make connections in the neighborhoods that surround the airport.

Search and seizure laws say that suspects don’t have to let agents look in their bags. “But,” says Trojan, “believe it or not, they usually do. I think they’re afraid they’ll look guilty if they don’t.”

In the drug-refining centers of Central and South America, the cartels target the nondescript–middle-class workers, women, even children–and groom them for the task of swallowing as many as 100 packages the thickness and shape of fat breakfast sausages. Some swallowers are naturals, while others build up to the task with a succession of gradually larger objects such as grapes and baby carrots. “It has more to do with psychology than the size of the person,” says Trojan, who has arrested small-framed women carrying far more cargo than that found inside men twice their size.

Once packed, the courier must slip unsuspected through airport customs and try to rendezvous with his or her connection before the cargo starts passing of its own accord. Nature determines the timetable here. Occasionally agents end up making their arrests as suspects leave bathrooms. Sometimes they locate already-passed packets in pockets, suitcases or shopping bags.

Drug swallowing came to light in the mid-’70s, when the first known swallower showed up in a Toronto emergency room with an intestinal blockage. During the 1990s, the typical packaging–double-bagged but leak-prone condoms–gave way to sturdy, machine-pressed pellets. Each pellet is fashioned from the sealed finger of a latex glove that has been packed with 8 to 12 grams of narcotics–most often heroin, sometimes cocaine or amphetamines–and coated with hard wax. The DEA recently got a look at one of the production machines, rigged from a hydraulic jack. There’s a growing consensus that at least some cartels are now using machines professionally engineered for the task, says Trojan.

When Trojan cuts through the wax coating of one of the pellets, which is about 1.5 inches long and 0.75 inches in diameter, he finds additional layers of plastic wrap, transparent tape, carbon paper and other materials that suggest an attempt to evade X-ray detection. Though the ruse ultimately doesn’t succeed, it reveals a working knowledge of radiology on the part of the manufacturers … or their medical consultants.

But Trojan has his own team of medical consultants. In late 2000 he began bringing his drug-packed suspects to Bellevue Hospital, on Manhattan’s East Side. Although several hospitals nearer JFK airport were more convenient for the X-rays and medical exam that Trojan’s suspects required, he got little sympathy from the staff at their emergency rooms when he explained the delicacy and urgency of the situation. “They pointed me to the waiting room and the end of the line,” he says. There he would sit amid the screaming, the bleeding and the retching–handcuffed to a drug courier passing narcotics into his or her pants.

The first swallower who Trojan brought to Bellevue sparked immediate interest and care. “The medical issues are fascinating,” says Stephen Traub, the Bellevue toxicologist who was on call that day. “And the patients are some of the saddest I’ve ever seen.” As a toxicologist, Traub understood the medical risks that other ER doctors tended to gloss over. Though the machined packets are less likely than tied-off condoms to leak and trigger a massive overdose, it’s all too easy to leave a package behind, lodged in the intestines. Should doctors then release the patient into police custody, the pellet could degrade and begin to release its contents.

Trojan shares the doctor’s sympathy for many of his suspects. “For the most part, these are not hardened criminals,” he says. “Once I have them under arrest, my priority is to get them the best possible medical care.” And so, over the hospital bed of their first shared charge nearly four years ago, Trojan and Traub forged a friendship and a mutually advantageous working relationship.

“They give us the red-carpet treatment, and we bring them a research opportunity like no other,” says Trojan.

Last September, Trojan and Traub filled a large auditorium with a presentation on “body packer syndrome” at the annual meeting of the North American Congress of Clinical Toxicologists in Chicago. Traub and Bellevue colleagues Robert Hoffman and Lewis Nelson have also published several scientific papers on the syndrome, including a recent review article in The New England Journal of Medicine that provides the most up-to-date guidelines for diagnosis and care. It includes guidelines for recognizing telltale X-ray patterns such as the star-shaped “rosette” that signals where the knot at the end of a latex packet traps tiny air bubbles inside its folds. Similarly, air between the layers of a typical drug package can reveal its sausage-shaped outline. The repetition of these patterns on an abdominal X-ray tells the doctor that he or she is looking at manufactured goods, rather than the remains of yesterday’s dinner.

The Bellevue doctors offer a compelling reason for further research into their new specialty. “If anyone is contemplating how to get a small amount of a concentrated bioterrorist agent into this country, this is it,” says Hoffman. With its capacity of 10 grams, a single pellet could be used to import enough anthrax, ricin or other deadly biochemical powder to wreak havoc. “Maybe I’m just a dumb doctor,” says Hoffman, “but we hear about drug money funding a lot of terrorist operations, and those people are going to think about this.”

U.S. Customs Service is aware of the threat, confirms Sam Stabile, a deputy chief inspector for Kennedy Airport. “It’s one of the toughest things to defend against–someone who’s willing to swallow something that could kill him.” While the threat is hypothetical, the drug cartels have shown they recognize the versatility of body packing: They have used swallowers to courier pellets filled with rolls of currency.

“Our most powerful screening tools are not X-rays or body scans but the instincts of our inspectors,” says Stabile. “A lot of what we do involves observing behavior, recognizing discrepancies in reasons for travel, and the like. We acquired this expertise before 9/11 in our fight against narcotics, and now we are applying it to terrorism.”