What are the “natural flavors” in your food? Biotech is making the answer more complicated.

Scientists are turning to microbes to manufacture scents and flavors 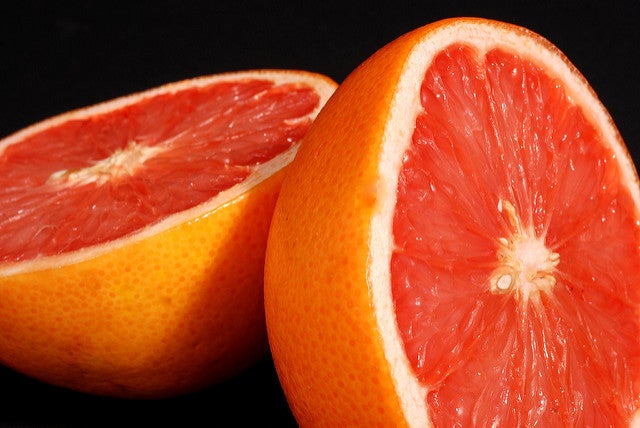 A company in the United Kingdom can transform chemicals found in oranges into the coveted flavor of grapefruit. By mixing the orange compounds with molecules made by living organisms, Oxford Biotrans creates natural flavors without having to ever crack open a grapefruit.

And they’re not the only people using biology to make one natural ingredient out of another. Other companies are using microbes to forge scents and flavors normally found in roses and other plants or animals.

“There’s a growing consumer preference for natural-labeled products,” says Jason King, CEO of Oxford Biotrans. “Companies want to be able to put goods on a shelf saying this product uses all natural flavorings.”

Using biotechnology can meet some of this demand. But how does it work, and when can scientists do it? And what are natural flavors, anyway?

First of all, a natural flavor comes from a spice, fruit, animal, yeast, bark, or other biological material, whether it’s extracted directly, or a product of heating or fermentation and other natural processes.

So what’s the difference between natural flavors and artificial ones? Not much. They are essentially the same chemicals, taken from different sources. “Nature goes ahead and makes those that are in apples, oranges, pears…and in fact a chemist makes those same chemicals by other means,” says Gary Reineccius, a professor in Department of Food Science and Nutrition at the University of Minnesota.

And both natural and artificial flavors are prepped by chemists in the lab. “You can’t take an orange and stuff it into a pop bottle and sell it as orange pop,” Reineccius says. “You have to do some isolation of the natural flavoring material to be able to use it.”

They aren’t identical—artificial flavors tend to be simpler (and only made from ingredients that have been tested for safety). A plant’s natural flavoring might contain 1,000 different chemicals. A mere handful of these will be needed to reproduce that taste in the lab, Reineccius says.

Generally, the artificial version of a flavor will be less expensive. There are some cases where going the artificial route isn’t actually that much cheaper, though. Nootkatone, the chemical used in grapefruit fragrances and flavoring, is one such case.

“In the case of nootkatone…the synthetic is still quite expensive,” King says.

Nootkatone pops up in many places, from desserts to shower gel. But nootkatone from grapefruits is pricey and vulnerable to shortages. Grapefruits make very little of it; you’d need around 400,000 kilograms of grapefruit to make just one kilogram of nootkatone. And grapefruits are much less plentiful than other crops—like oranges.

To make natural grapefruit flavor, Oxford Biotrans isolates a chemical called valencene from oranges. They also use a kind of enzyme—molecules that living creatures use to spur chemical reactions inside their bodies—found in bacteria, plants, and animals. The team has made a few tweaks to its complex structure and engineered E. coli to make the improved version. When mixed with valencene, the enzymes prompt a chemical reaction that adds oxygen to the orange flavor to turn it into nootkatone. “In essence it’s the same process that must occur inside the grapefruit, but we’re doing it outside of a cell,” King says.

The artificial version of nootkatone is actually made from oranges too, but relies on chemicals to add the oxygen—and doesn’t actually make very much useful material. “It’s not a great process…it’s quite low yielding,” King says.

Another tactic uses microbes to pump out the natural flavor themselves. Yeasts have been used to make vanillin, the flavor compound behind vanilla. Boston-based Ginkgo Bioworks is also engineering the tiny fungi to produce different compounds when they carry out fermentation to create energy. They’re prompting yeast to make compounds called lactones, which play a role in all kinds of aromas, instead of more familiar byproducts of fermentation like alcohol. They’re also identifying which enzymes plants use to make rose oil and putting yeasts to work making them.

Using enzymes and microbes has a few advantages over harvesting directly from nature. “With agricultural products there can be drought, disease,” says Laura Stone, a test engineer at Ginkgo Bioworks. “An industrial fermentation process…can be more consistent from year to year.”

This could make rare compounds like ambergris—a prized perfume ingredient that also happens to be sperm whale puke scavenged from beaches—more accessible. Plus microbes like yeasts are convenient because they can self-replicate, Stone says.

And sometimes, using biology to make flavors may be more efficient than the artificial route. “Depending on how complicated the molecule is that you want to make, that is going to be an increasingly difficult synthetic method,” Stone says. “A biological synthesis can be complicated, but because you have this wealth of biological catalysts and enzymes, you can sometimes have higher efficiency, higher productivity reactions.”

Using microbes or enzymes also might give perfumers fine control over a fragrance. “For fragrance and flavors there are also opportunities where enzymatic/biotech processes will make a unique blend of molecules that will make an interesting ingredient and do things that chemical synthesis isn’t good at,” Christina Agapakis, creative director at Gingko Bioworks, said in an email. “Clearwood for example is a cultured patchouli that is a blend of a bunch of different compounds from the plant all produced…in yeast.”

So which method is best? It depends on the scent or flavor in question, and how it will be used. But whether you’re getting the compound from a microbe, fruit, or artificial sources, scientists can whip it into something both safe and tasty.