Scientists Figure Out Why Your Knuckles Crack 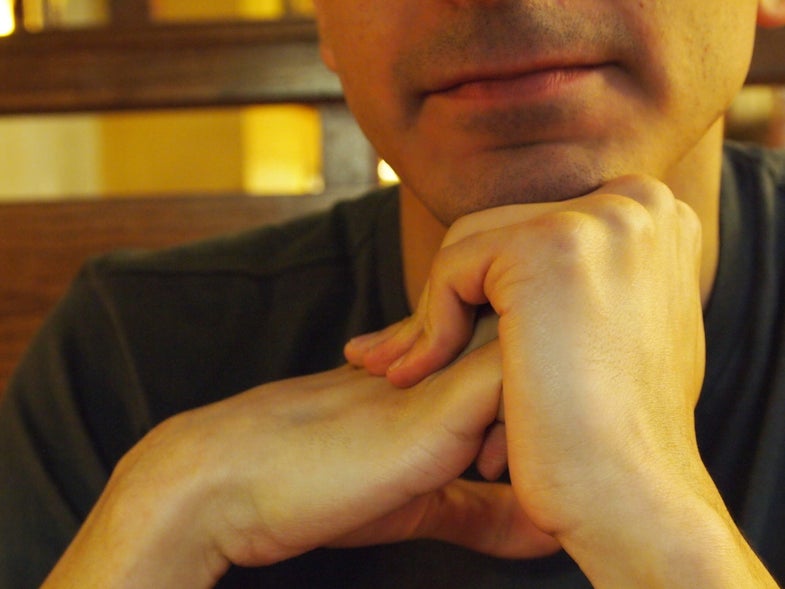 Whether it’s a nervous habit or done just by accident, most people crack their knuckles every once in a while. But the reason why joints crack at all (and the long-term effects of cracking) has been the subject of much debate in the scientific community. With the help of a real-time MRI image, a group of Canadian and Australian researchers could help settle the debate once and for all. Their work was published today in PLOS One.

The joints in your fingers are the most common types of joints in your body. Called diarthrodial joints, they’re found in your toes, elbows, wrist, hips, and shoulders. The two bones that come together are protected by cartilage and are surrounded by a thick liquid called synovial fluid, which helps the joints move more easily. Over time, gases like carbon dioxide dissolve into the fluid, creating a bubble and pushing the bones farther apart; cracking joints was long thought to be a release of those gases, effectively popping the bubble. Though this has been the prevailing theory, scientists didn’t all agree, and past attempts to capture images of cracking joints have been low-resolution or not quick enough, as the cracking itself takes less than 310 milliseconds.

The researchers wanted to get a high-resolution, real-time image of a cracking joint. To conduct the experiment, they hooked up a participant’s fingers one by one to a special device that would pull the joint until it cracked inside an MRI machine. As they expected, the device pulled the two bones in the joint farther and farther apart until it cracked, smashing the bones together. But the final result differed from the prevailing “bubble” theory; after cracking, the joints were actually farther apart than when they started, the space taken up by a new dark spot, or “void,” which stayed there well after the cracking sound had been emitted.

If you’re like me and have cracked your knuckles about 20 times while reading this article, you’re probably wondering if doing so is bad for you, making you more likely to develop joint conditions like carpel-tunnel syndrome or arthritis. Researchers think it’s just fine for your joints, though they may have to reassess those findings in light of this new research.