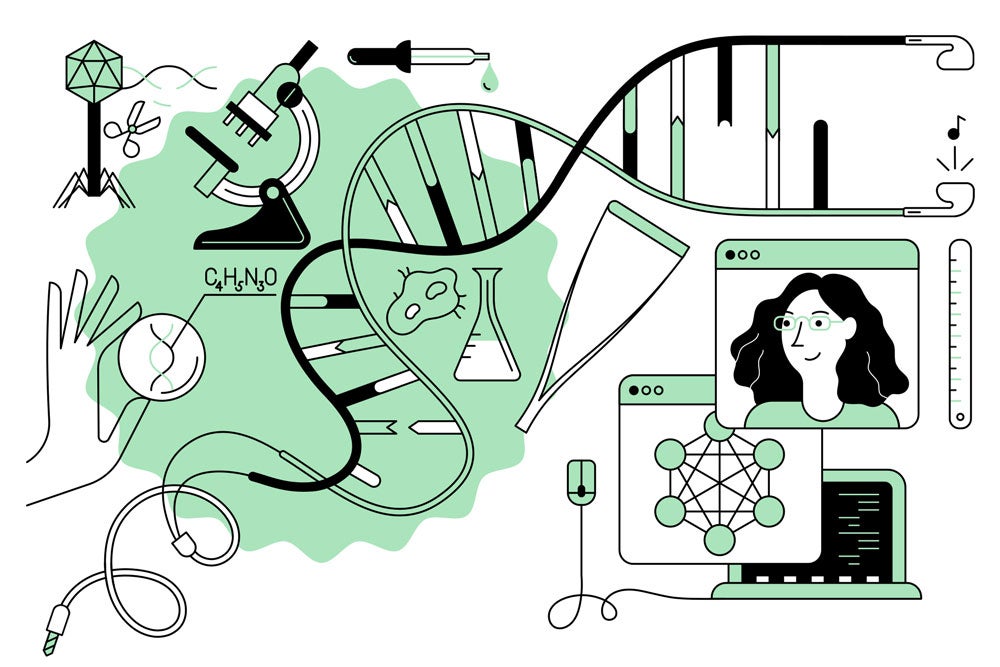 What tangled headphones can teach us about DNA

IT’S A TRUTH universally acknowledged that if you shove wired headphones into your pocket, they’ll eventually emerge in a jumble of knots. That’s why mathematical biologist Mariel Vazquez keeps a tangled pair at her desk: Looking at the messy cord helps her envision how each microscopic human cell manages to pack in 6 feet of DNA.

Of course, the twisted strands within our bodies carry much higher stakes than even the most chaotic audio cable. Cells would die if they couldn’t efficiently store these helixes in tight quarters while still being able to access their genetic information. Figuring out how they manage to do so is one of the knotty problems Vazquez’s interdisciplinary lab is designed to tackle, often with an eye toward practical applications like novel cancer treatments.

The lab’s work centers around a field of mathematics called topology, which Vazquez came to somewhat serendipitously in college. She majored in math as an undergraduate at the National Autonomous University of Mexico, but this left her little opportunity to study living things, which she had been curious about since high school. She found a way to fuse her interests when she took a class in topology, a discipline that classifies shapes based on their ability to transform. It considers a sphere, for instance, to be equivalent to a cube, since you can mold one into the other. Doughnuts are a different beast, however: Turning an orb into a ring requires slicing a hole in it or sticking its ends together, making them two fundamentally different shapes.

Vazquez came to think of gene-packed cells as a topological problem. After all, she explains, “It all boils down to the fact that DNA is a very long chain that fits into a very tiny environment.” That revelation turned into a Ph.D. and a postdoc, and eventually a role as a professor of mathematics, microbiology, and molecular genetics at the University of California, Davis.

Over the past two decades, her work has tapped topological concepts to make core discoveries about how our bodies keep track of DNA strands. For example, mathematicians can calculate an “unknotting number” for a snarl of wires—the minimum number of times strands within the jumble have to uncross for the whole mess to come untied. Vazquez’s work has shown that a particular set of enzymes seem to know the unknotting numbers inside cells; they tend to access DNA exactly where necessary to undo the complex crisscrosses efficiently, rather than taking more complicated routes.

Her team’s advances could help biologists develop a better understanding of how DNA winds inside viruses, which could then reveal how diseases spread. They might also lead to therapies that target enzymes responsible for unwinding genes within cancer cells, halting their growth.

But Vazquez is especially interested in the fundamental nature of this research. By studying how DNA fits into cells, mathematicians develop a keener sense of shapes overall. Advances in labs like hers can have implications far beyond our bodies—from uncovering new materials for electronics and computation to showing why jumbled magnetic fields emit solar flares.