Self-care doesn’t have to cost you a dang thing

Forget the retail therapy. It’s time for some real talk. 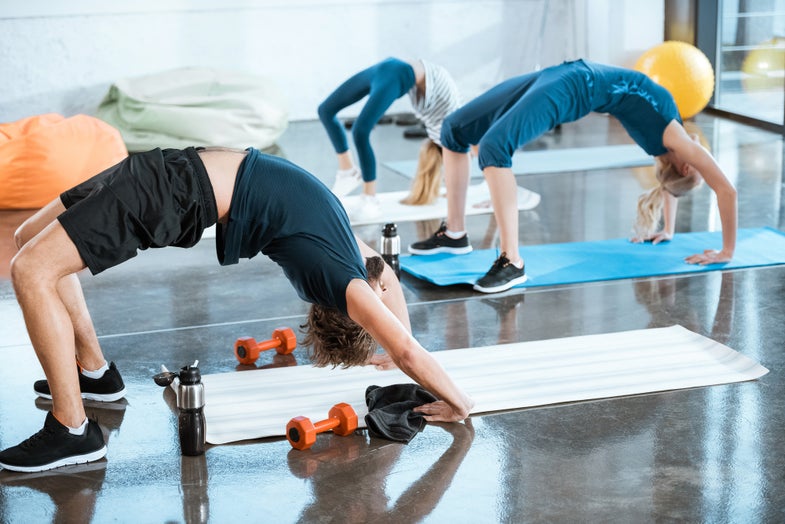 If it seems like everyone and their mother is espousing the value of self-care these days, it’s probably because they are.

A search for #selfcare on Instagram returns more than 5 million results, most of which perpetuate the impression that wellness is a woman’s activity; posts ranging from product recommendations for essential oils to floral images embossed with advice like, “Don’t skimp on sleep.” TechCrunch reports that the revenue of top 10 wellness apps for iTunes and Android grew 170 percent between the first quarter of 2017 and the first quarter of 2018. And Google searches—that all-important metric of buzz-worthiness—show a near doubling in interest in “self-care” in the past few years.

But for all its cultural cache, the empirical evidence to support this practice remains rather opaque. As a result, what we mean when we say “self-care” varies widely between individuals—and leaves beginners struggling to implement the practice in their own lives.

At its most basic, self-care is “what people do for themselves to establish and maintain health [and] prevent and deal with illness,” according to a report from the World Health Organization. The WHO calls it “a broad concept,” under which hygiene, nutrition, social habits, and other rather mundane practices can easily fit.

But the term has changed over time. As Aisha Harris explained in her in-depth history of the concept for Slate, the term originated with doctors seeking to describe a disabled, elderly, or mentally ill individual’s ability to remain autonomous, whether that was dressing themselves or driving. In the 1960s, self-care became political, as a way for activists in the civil rights and women’s movement to make space for themselves in a world that often ignored their physical, mental, and emotional needs. Later, it became a core tenant of the “helping professions” (doctors and therapists who once advised others on self-care) as a way to combat burnout. Now, it’s, well, everywhere.

The number of people practicing some form of self-care may be bigger than ever, but the majority of the scientific literature on the subject is still constrained to those in the helping professions. Studies suggest that exercise, quality time with loved ones, and other self-care practices can help therapists cope with the physical side effects of their work, which can include stress-related sleep disturbances or difficulty concentrating. Similarly, mindfulness practices can help doctors and nurses avoid burnout. Some experts argue such practices on the part of a physician will also improve patient care, because happy healthcare providers seem, on the whole, to be better healthcare providers. But the wider applicability of these practices hasn’t really been studied.

Despite the limited scope of the existing research, many therapists recommend self-care tactics to their clients and, indeed, the world at large. But their brand of self-care is probably nothing like you’ve see on social media. Lisa Butler, a professor of social work at the University of Buffalo, says many people conflate carefree or even reckless behaviors with self-care. “There are many things we can do to manage destructive emotions that are themselves destructive,” she says. Spending money you don’t have in the name of “retail therapy” won’t make you feel better in the long run. Drinking, overeating, and other ways of “treating yo’self” can also do more harm than good if done in excess.

Butler advocates for a slightly different conception of self-care, as she laid out in the Self-Care Starter Kit for her social work students. “Originally, self-care focused around protecting or alleviating negative outcomes like stress, burnout, vicarious traumatization,” she says. “But I think self-care is bigger than that—or certainly could be bigger than that. I think it’s about maintaining or actually enhancing your well-being. It’s going beyond manning the ramparts.”

In the kit, Butler outlines six domains for self-care: physical, professional, inter-relational, emotional, psychological, and spiritual. While expensive spa days are not precluded under Butler’s schema, they’re not strictly required, either. Instead, she advocates people sit down and reflect on which of the domains they most want to improve and find an enjoyable way to tune up that aspect of their life.

“Keeping yourself functioning properly is the basis for everything else,” Butler says of the first tenant—the physical. But that doesn’t mean you have to take up running or some other sport you hate. It can entail going for a hike, or, yes, attending a yoga class. It can also mean going to bed a little earlier, or removing some unhealthy food from your life.

The same is true for the other domains. In the workplace, it’s important be conscious of your workload and find ways to take productive breaks. In your personal life, Butler emphasizes that everyone needs to make time for the people they love. In the emotional realm, Butler’s students are encouraged to take stock of negative emotions and find ways to enhance positive ones. To enhance one’s spiritual life, Butler encourages students to connect with the larger universe in whatever way works for them.

In all of this, Butler says, “the overarching principle of self-care is being mindful.” That’s where the final domain—psychological—most clearly comes into play. It’s important to take stock of how you feel, instead of pushing emotions aside for later. While some people need therapy, many people just need to make some space to reflect on where they’re at in your life and where they want to be. And while the research on self-care is still limited to helping professionals like Butler, she says anyone and everyone can benefit from a more mindful way of living.

In the course of our conversation, Butler mentioned these four questions more than once: “What works for me? What isn’t working for me? What do I want to add? What do I want to take away?” Answering these questions requires a hard look in the mirror and a commitment to identify and practice self-care activities that work for you. But unlike some of the treat-yourself-tools you see on Instagram, it’s totally free.