Cut Anything With Water 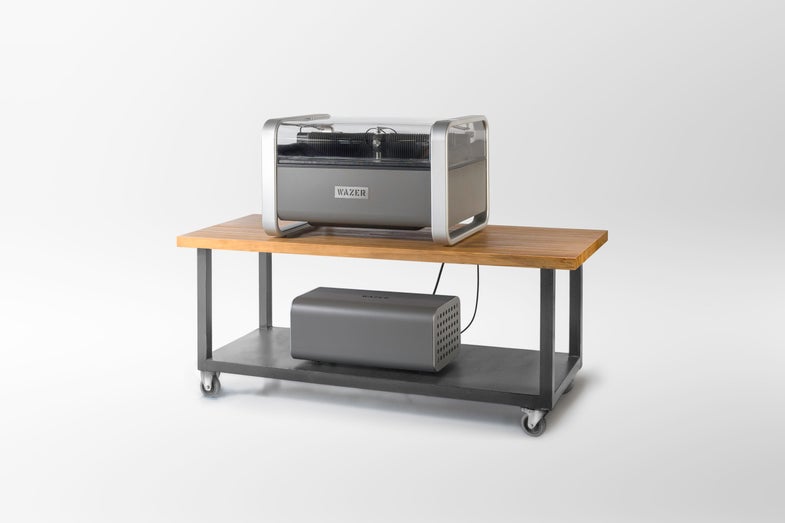 WAZER is small enough to fit on a desk or table. The gray box beneath the cutter is a pump that pressurizes the waterjet. Courtesy WAZER
SHARE

Ever wanted to cut an outline of China out of a china plate, or to cut a wee knife out of a larger knife blade? A new tool lets you easily and cheaply cut just about any shape out of any material—using the power of water.

A group of engineers from the University of Pennsylvania created the world’s first affordable desktop waterjet cutter as their senior design project. This water “laser,” named (of course) WAZER, uses a pressurized blend of tap water and sand to blast through practically any material and cut precise, customized shapes.

How can water cut through tough materials like steel, ceramic tile, and titanium? First, water and garnet sand are combined into a slurry mixture. Then they’re squeezed into a narrow stream with a width of 1.5 millimeters—that’s roughly the height of a penny. This abrasive jet shoots out of the spout fast enough to slam through any object in its path.

Moving at anywhere from half an inch to a foot per minute (depending on the material), the jet traces digital designs created in software programs such as Solidworks and Adobe Illustrator. As WAZER follows this pre-programmed path, it filters the excess sand and waste materials into built-in canisters and empties the used water into standard drainage systems. 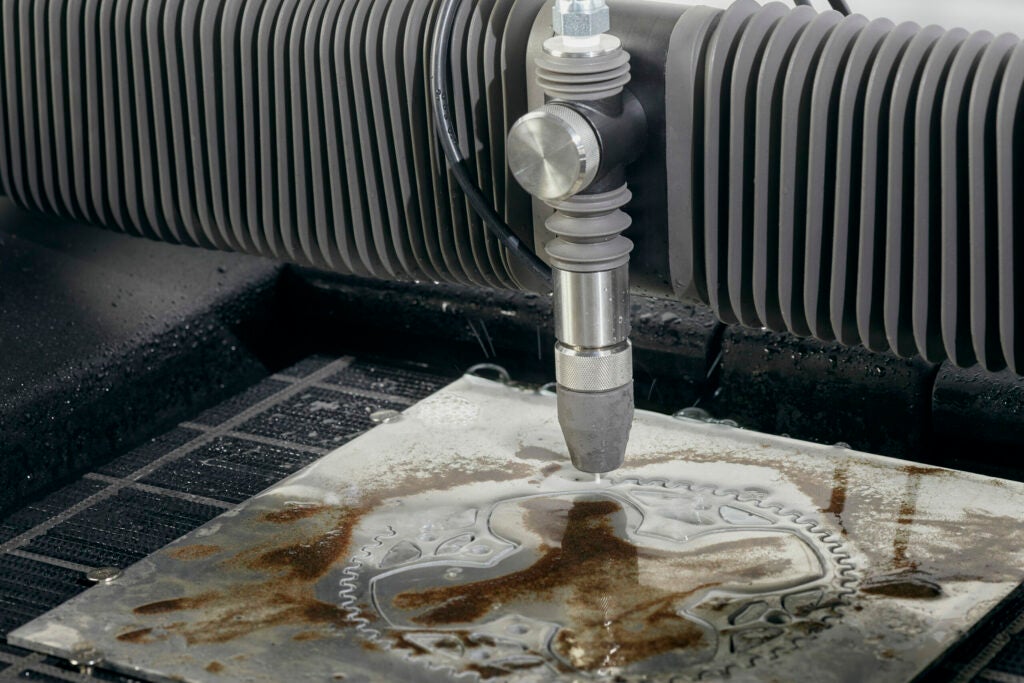 WAZER blasts a jet of mixed water and sand at a sheet of metal to cut out a sprocket.

Normally, cutting small pieces by hand takes a lot of time and requires a multitude of different tools and machines. An industrial waterjet cutter can cut through up to two inches of material with ease—but they’re also large, messy, and cost $50,000 or more. WAZER aims to put the waterjet’s abilities into a less powerful, but much cheaper (it costs less than $5,000), desktop unit for an expanded audience.

Nowicki and the other members of the WAZER team envision their product being used in homes and workshops by DIYers, hobbyists, educational institutions, and small businesses, much like laser cutters are currently used. A similarly-priced laser cutter, however, isn’t anywhere as powerful as WAZER and can cut only a limited range of materials.

“The beauty behind waterjet cutting is that it’s universal,” said Matt Nowicki, WAZER’s co-founder and chief technical officer. “We wanted to bring waterjet technology to a low cost so we could bring it to all these different markets.” 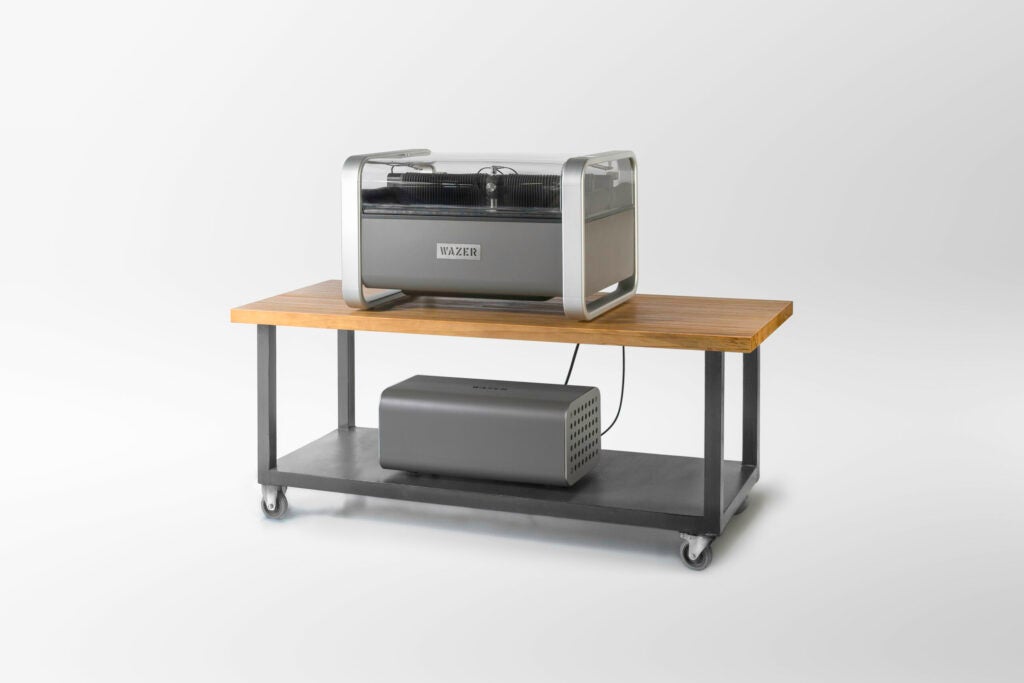 WAZER is small enough to fit on a desk or table. The gray box beneath the cutter is a pump that pressurizes the waterjet.

While there are working prototypes of WAZER, units won’t begin shipping to their Kickstarter backers until August 2017. In the meantime, the team has demonstrated WAZER’s power with videos showing the waterjet cutting everything from steaks shaped like the United States to batarangs. Our favorite cut, seen in the video at the top of this post, stars the September/October issue of Popular Science, and neatly slices the outline of Mark Zuckerberg.