One small step for robots, one giant leap for not burning alive on a boat 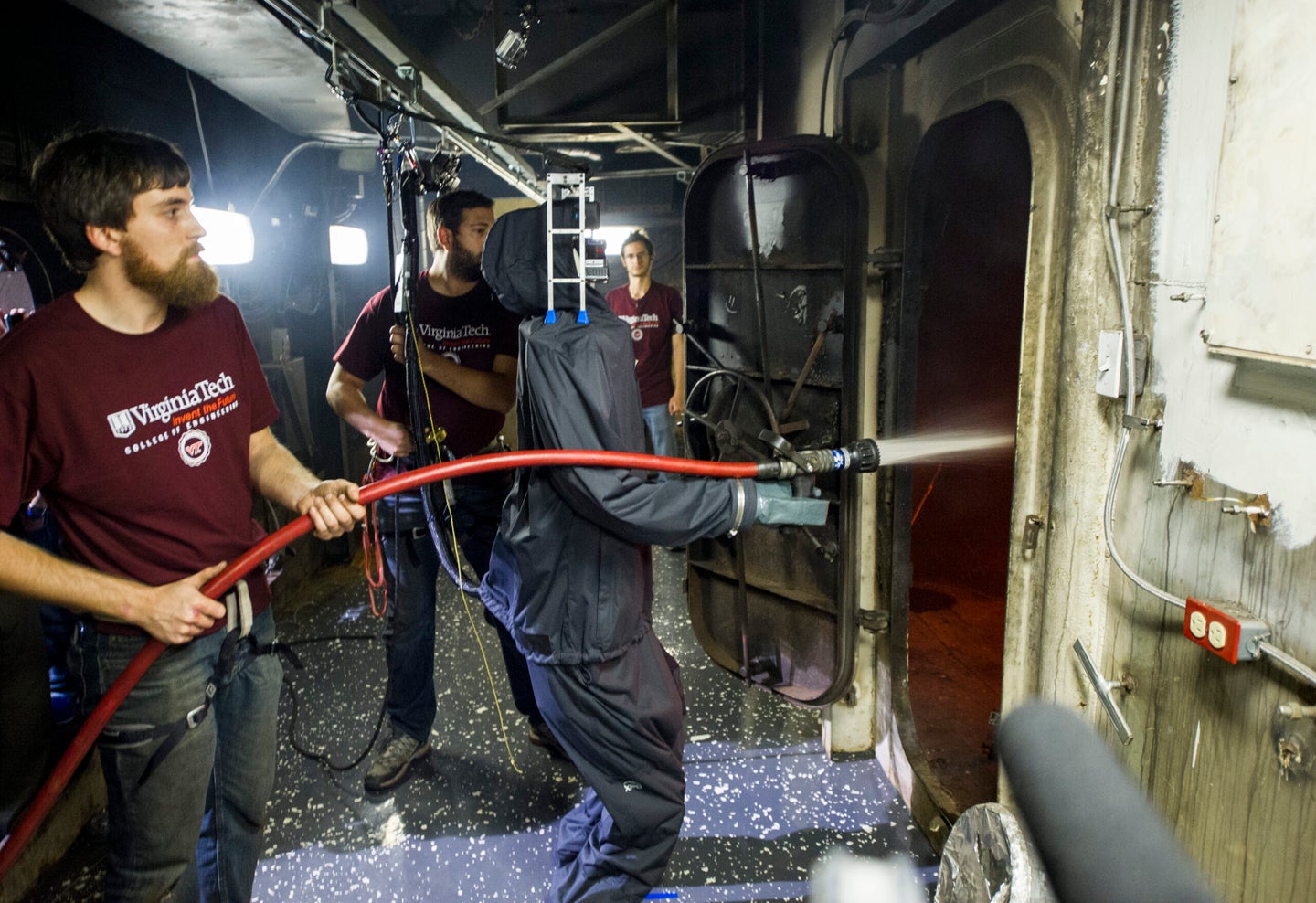 The Navy has a brand new robot designed to make ships safer by fighting fires. The “Shipboard Autonomous Firefighting Robot,” or SAFFiR, is a project by the Office of Naval Research that aims to prevent shipboard fires from sending sailors to a watery grave. In the works for years, the Navy unveiled a working prototype of the project this week.

Fires on all ships are bad, but fires on naval ships with nuclear reactors can potentially go from accident to international incident. Despite being surround by water, the confined spaces aboard naval vessels can quickly fill with smoke and become deadly for any firefighter that has to breathe. The SAFFiR robot is free of the constraints of lungs, making it an ideal first responder.

Standing at 5’10” and weighing 143 pounds, SAFFiR is bipedal, made so it can fit into spaces designed for humans. It also has hands to use shipboard hoses and open doors, operating as best it can as a man made of iron. To better see its way through smoke, the bot has two eyes that see infrared light and one spinning sensor in the middle of its face that uses a laser to determine distances.

Bipedal robots struggle under the best of circumstances, and that’s on flat surfaces. SAFFiR has to contend with the rocking motion of the ocean. Fortunately, SAFFiR has sea legs. Or, more accurately, sea joints. From ONR:

SAFFiR’s successful test took place last November, during which the robot walked across uneven surfaces, identified what was on fire, grabbed a hose, and extinguished the flames. Eventually, SAFFiR will do all of these things on its own, but for this test, a human at a computer console directed the robot. When it does become autonomous, the Navy will be one mechanical step closer to a future of ships without sailors.

Watch SAFFiR in action below: